Maintaining a balanced community in Sidmouth

This also means taking into account the needs of younger citizens.

And they have been active of late:
This teenager has set up a petition to save Sidmouth’s only nightclub | Devon Live

And their action seems to have worked:
Sidmouth's only nightclub SAVED as restaurant plans thrown out | Devon Live


Conversion of Sidmouth’s only nightclub refused 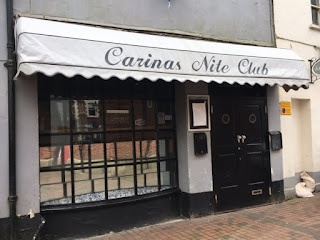 East Devon District Council (EDDC) refused plans for Carinas on the basis the town would lose a ‘social gathering facility’ that contributes to its ‘vibrancy and vitality’, and this was in conflict with the authority’s Local Plan.
The decision comes after nearly 300 people signed a petition to stop the nightclub becoming a café or a restaurant and Sidmouth Town Council concluded that the move would be a ‘great loss’ for youngsters.
Refusing the application by delegated powers, the EDDC officers said: “The change of use would entail the loss of a social gathering facility which contributes to a balanced community within Sidmouth and its vibrancy and viability in conflict with the aims of Strategy 4 of the East Devon Local Plan.
“It is not considered that the provision of a café or restaurant would adequately compensate for this loss, and in the absence of evidence demonstrating that the retention of the site for its nightclub use has been explored without success for a period of at least 12 months, or that surplus provision exists in the locality, the loss is not considered justifiable.”
The proposals applied to the ground floor and basement that are currently used as a nightclub. The floors above are residential.