But invariably they go wrong, having cost shed-loads of taxpayers' cash - whether it's HS2 or Hinkley:
Futures Forum: Finance, ideology and infrastructure

... or hospitals or schools:
Futures Forum: PFI and Devon

Hinkley might well be the most expensive white elephant on the planet:
Futures Forum: Question: What is the most expensive object on Earth? Answer: At $26bn plus some rather 'opaque financing arrangements', it could well be Hinkley C

As made clear in the latest message from the Transport Secretary:

Heathrow must expand, for the sake of the country 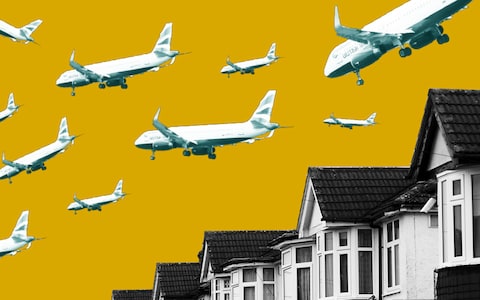 The House of Commons must back an expanded Heathrow airport

Britain has always been a nation with a strong global focus. We have influenced change and built strong ties all round the world. As we enter the post-Brexit world, that global focus is more important than ever. We need to be self-confident, ambitious, and relentlessly internationalist in our outlook. And we need to demonstrate clearly that our future lies very much at the heart of the world stage. There is no better way of doing that than by finally taking the decision to equip our hub airport with the capacity it needs for that future.

Heathrow must expand, for the sake of the country - Telegraph
More dithering on Heathrow is not an option - Telegraph

Even though the Foreign Secretary was not around for the Commons vote:
Heathrow Airport: 'Where's Boris?' shout opposition MPs - BBC News
Boris Johnson discovered in Afghanistan after being accused of avoiding Heathrow expansion vote | The Independent
Ridiculed Boris Johnson says quitting over Heathrow third runway 'would have solved nothing' | London Evening Standard

If Boris Johnson's anti-Heathrow constituents feel let down, they only have themselves to blame

To vote for Boris Johnson and genuinely expect him to keep his word is like voting for the Vegan Christmas Party, and not mind that the man wearing the rosette is Bernard Matthews

British politics has been fully auto-parodic for a while now, but it is still worth a brief pause to applaud the multiple clustershambles that it the Heathrow third runway.

Last week Greg Hands, an International Trade Minister, a man who you may have worked out has a job that involves boosting trade with foreign countries, resigned over the possible expansion of the country’s busiest airport.

And then, on Monday, so desperate was Boris Johnson to be out of the country and avoid the crucial vote on the matter, having once promised to ‘lie down in front of the bulldozers’ to prevent it going ahead, took a return flight to Afghanistan for a highly spurious meeting. The precise cost of Mr Johnson’s Afghan jaunt has not been made public, but the market rate for these things is upwards of £80,000.

The third runway, on the tiny offchance it is built by 2025, will cost a minimum of £14bn. The real number will be much larger. And you can add to that the Foreign Secretary’s air travel, and the cost of the Richmond Park by-election of 2016, which Zac Goldsmith triggered via his Heathrow protest resignation, a course of action he freely admitted regretting before he’d even done it, and regretted even more in hindsight, when he lost it.

The Heathrow farce shines a light on all the most significant problems haunting British politics and British public life.

For the first part, a government minister is having to resign for no greater reason than that Heathrow is right in the middle of the richest part of the country, and so is predictably surrounded by large number of safe Conservative seats, where residents do not want any more aircraft noise and airport related traffic. Indeed, in the debate on Monday evening, Greg Hands, MP for Chelsea and Fulham, of course, even pointed out that the people whose sleep was being disturbed by night flights into Heathrow are “some of the most economically productive people in the country.”

If Boris Johnson's anti-Heathrow constituents feel let down, they only have themselves to blame | The Independent

The arguments against are not just about the environment - they are about society and the economy:
Heathrow expansion to mainly benefit wealthy frequent fliers, research finds | The Independent

These arguments have been around for some time - although now nobody's listening:
BBC NEWS | UK | Airport expansion 'harms economy'
Why Heathrow expansion is deeply unfair | New Economics Foundation
AirportWatch | Negative impacts of Heathrow expansion to economy and the regions highlighted in new report

As the Shadow Treasury Minister points out: 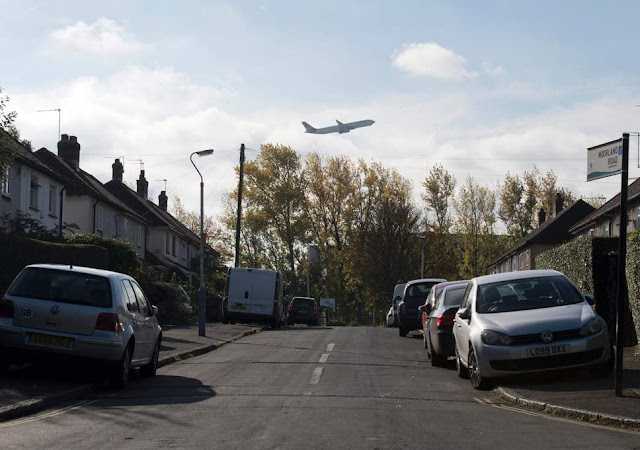 These flights disturb the peace of millions, disrupting lessons across west London and dumping toxic gases on people living around the airport (AFP/Getty)

The Heathrow expansion vote in parliament on Monday is about more than just environmental concerns – it’s also about the kind of society we want to live in. It goes to the very heart of why so many people in this country voted Brexit. People who’ve felt increasingly marginalised and forgotten these past 40 years because of economic decisions that have favoured the wealthy, especially those in the south. In this respect the Heathrow expansion is business as usual.

But even before we look at the social and economic implications of Heathrow, we must first judge this endeavour by the legally binding obligations that already exist – namely our domestic and international climate change commitments. The National Policy Statement (NPS) we will have to vote on offers more questions than answers when it comes to this critical issue.

To be clear – I will be voting against expansion. I feel I have no other choice, since the government has comprehensively failed to show how a third runway can be compatible with our climate change obligations. It should trouble every MP in parliament, whichever party they’re from, that the NPS has absolutely no policies in it to address the huge increase in carbon emissions which this new runway will give rise to.

Chris Grayling, the secretary of state for transport, waves vaguely in the direction of the Airports Commission’s work on this. That work concluded that big restrictions on traffic at regional airports would be needed in order to square expansion with climate targets. So either regional airports, who’ve been told this will mean more business for them, have been sold a pup or we’re going to drive a jumbo jet through our climate change obligations. The government’s position to date? It doesn’t have one. That, they say, is all to come “in due course”.

Climate change is an existential threat to our economy, and ultimately to civilisation as we know it. In the next few months the International Panel on Climate Change will, in all likelihood, announce that keeping global average temperatures below 1.5°C (above pre-industrial levels) is now almost impossible. If the world is to remain below 2°C, the temperature beyond which scientists say our economies will struggle to cope, then even more robust reductions in carbon than currently agreed will be required.

Heathrow expansion simply does not fit that crucial objective. Ministers are fond of intoning gravely about climate change being the defining challenge of the 21st century. Yet this government is proving incapable of translating warm words into action, and the Heathrow plans before parliament are the most damning illustration of this yet.

What worries me is that the government has had literally years now to come up with a policy framework to reduce emissions from aviation, but still hasn’t produced anything of substance. If it’s so easy to square these things, why won’t they say how they plan to do it? Perhaps because, in practice, it’s impossible?

So I’m urging my Labour colleagues to get on the right side of history on Monday. Young voters will remember what we put our names to here, and we owe it to them to get this right.

But as I’ve said, climate change aside, this vote also poses other questions anyone who professes to be a progressive must take seriously.

Chris Grayling and Heathrow’s lobbyists have been careful to emphasise the value of business travel and international trade in their arguments for expansion. Yet they must know that demand for business flights is falling, not rising. Since the turn of the century, business flights have been in sustained decline, in the main, due to huge advances in information technology that have offered companies better, cheaper ways to do business. The truth is, the third runway is “needed” to do two things, and neither of them has anything to do with business.

The first is to handle aggressive growth in international transfer passengers, who put virtually nothing into the British economy but do plenty to clog up our runways and airspace. Heathrow is conveniently located for airlines to shuttle the global elite between different routes. These flights disturb the peace of millions, disrupting lessons across west London and dumping toxic gases on people living around the airport. Their passengers don’t pay a penny in taxes.

Supposedly, the upside to all this is the extra connectivity we get from Heathrow’s “hub” status, but as my colleague Ruth Cadbury has pointed out, Gatwick is increasing its longhaul destinations to 50, even with one runway. Evicting entire communities so that foreign leisure transfer passengers can bypass Britain more conveniently seems like a confused set of priorities to me.