A poster has just been put up at an allotment in Sidmouth today: 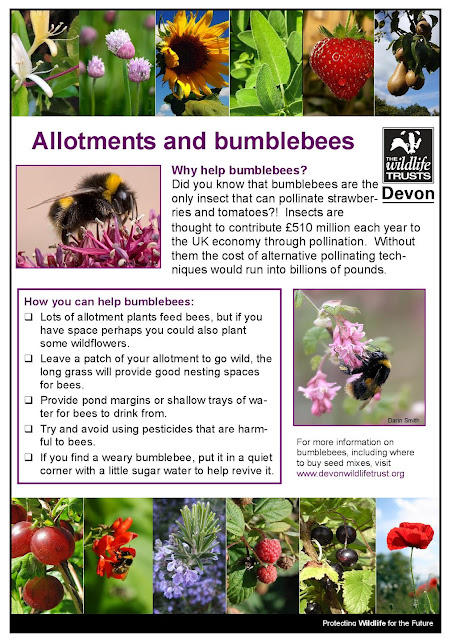 This question has been mooted for the past months in particular:

What is the value of bees? 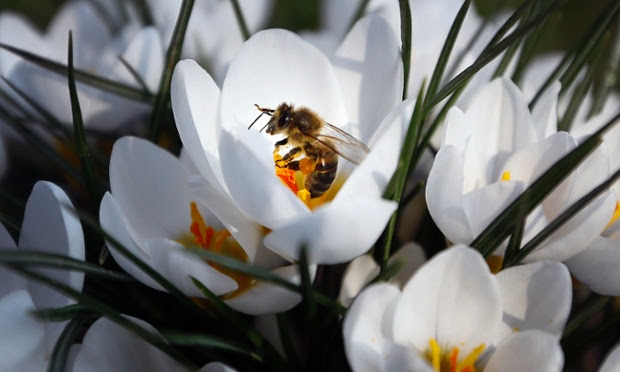 A bee sits on a flower to collect pollen at a park in Westminster, London. Photograph: Kirsty Wigglesworth/AP What is the value of bees? | Environment | guardian.co.uk

It is well-known that bumblebees are great pollinators, and therefore have a key role in producing much of the food that we eat. Through the pollination of many commercial crops such as tomatoes, peas, apples and strawberries, insects are estimated to contribute over £400 million per annum to the UK economy and €14.2 billion per annum to the EU economy. If bumblebee and other insect pollinator declines continue, the extremely high cost of pollinating these plants by other means could significantly increase the cost of fruit and vegetables.

Why bees need help | Bumblebee Conservation Trust
And due to such campaigning, neonicotinoid pesticides have been banned across the EU:
Bee-harming pesticides banned in Europe | Environment | The Guardian
Bees and other pollinators: their health and value - Publications - Inside Government - GOV.UK

On Radio 4 this evening the question was asked: How much is a honey bee worth?

Can you put a price tag on a mountain?
Monty Don explores the value of nature. Some believe the only way to preserve nature is to show that it can pay its way in a world driven by money, others disagree saying nature is too precious to be left to the whim of markets. Monty Don discusses if we should put a price tag on nature and if so how do we value it?
BBC Radio 4 - Shared Planet, Valuing Nature

And what value do we attach to our natural coastline?
This week there is a report from St. Andrews in North East Scotland where Trai Anfield explores the value of the Eden Estuary to both nature conversation and human activity. Estuaries and mud flats protect our coastlines and filter water entering the sea, as well as provide food for many birds - but here and all over the world coastlines are under threat from development.

And what about the bigger question of putting a price on nature?
Jonathan Aylen from the Manchester Business School thinks valuing eco-system services is a good idea in theory but very hard to put into practice. Ecosystem services - Wikipedia, the free encyclopedia
Environmentalist Tony Juniper What Has Nature Ever Done For Us?, By Tony Juniper - Reviews - Books - The Independent
and Dr Bill Adams from the Department of Geography at University of Cambridge Green Development: Environment and Sustainability in a Developing World: Amazon.co.uk: Bill Adams: Books
also join Monty in the studio to discuss the pros and cons of valuing nature.
BBC Radio 4 - Shared Planet, Valuing Nature
The Natural Capital Project 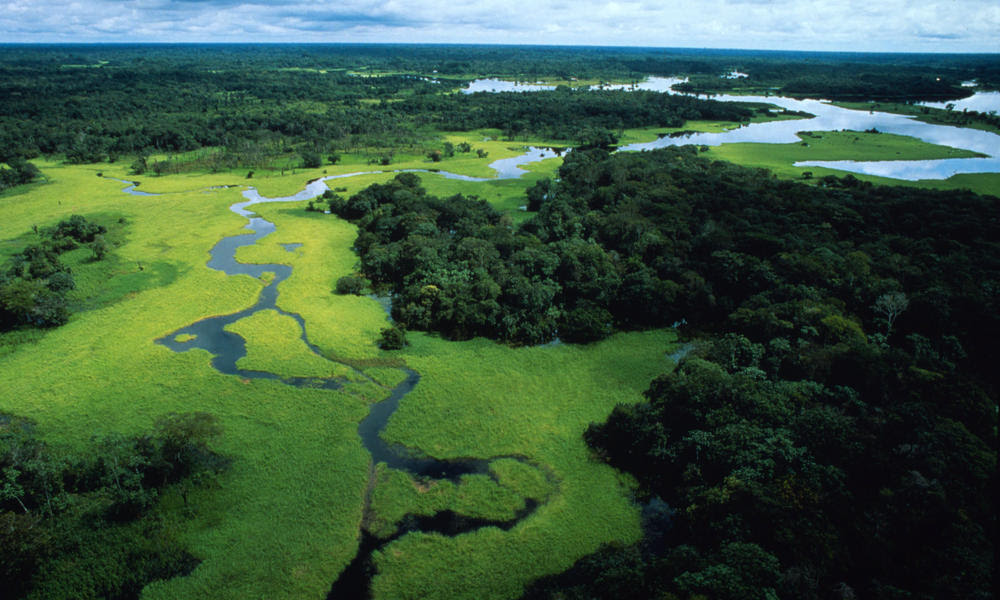 Capital has often been thought of narrowly as physical capital – the machines, tools, and equipment used in the production of other goods, but our wealth and well being also relies on natural capital. If we forget this, we risk degrading the services that natural ecosystems provide, which support our economies and sustain our lives. These services include purifying our water, regulating our climate, reducing flood risk, and pollinating our crops.

What about the implications for East Devon and Sidmouth?

> The use of natural flood defences at Pennington Point?

Working with Natural Processes to Manage Flood and Coastal Erosion Risk: from the Environment Agency: cdn.environment-agency.gov.uk/geho0310bsfi-e-e.pdf

Natural flood defences generally require less investment and maintenance than constructed defences. In addition, they may also benefit wildlife and reduce pollution. Naturally occurring habitats, such as mudflats and salt marshes are increasingly being used to accommodate flood water. This can slow down the progress of flood water and prevent flooding in developed areas, whilst benefiting the environment by attracting a variety of vegetation and animal species. Natural England recommends the use of wetlands to increase flood storage and the use of restored peat bogs to reduce runoff to rivers and streams. Flood Risk Management : Managing Flood Risk

> The preservation of all Grade 1 & 2 farmland and AONB?

There is little or no grade 1 agricultural land in East Devon and not very much grade 2.  Developing on high quality food growing farmland conflicts with both Government guidance and EDDC planning policy.  It also conflicts with common sense in a time of growing scarcity of food. Claire Wright - Your Independent East Devon District Councillor for Ottery Rural
Developing farmland: regulations on land use - Detailed guidance - GOV.UK


East Devon district council has rubber-stamped a Local Plan that includes the proposal to allow industrial development in Sidmouth AONB to “promote job opportunities”. Alan Darrant, chairman of Sidmouth Vale Association, said that there were around 400 empty commercial units in East Devon. “AONBs should only be built on for the national good or in exceptional circumstances,”
Beauty spots 'under threat’ from new development rules - Telegraph
BBC One - Inside Out South West, 28/02/2011

... there was a palpable sense of relief that Cllr Diviani’s assurance meant that our green spaces would be offered the kind of protection they so obviously need. Into the fray | Susie Bond

> The evaluation and appreciation of public open space?

It is recommended that no Modification Order be made  for claimed addition of footpaths in the grounds of Knowle, Sidmouth Public Rights of Way () - Fri Jun 21 2013

> The importance of green infrastructure?

Green Infrastructure / Public Open Space
Natural England has stressed at various stages in the preparation of your LDF/Local Plan that, due to the location of Exmouth between the Exe SPA and Pebblebeds SPA/SAC, the Green Infrastructure (GI) provision for the town will need to be particularly strong if it is to achieve the levels of growth proposed (plus the 970 houses already committed) in the next plan period and comply with the Habitat Regulations. We therefore advise that the GI strategy for Exmouth, which we understand is in preparation, is completed as a matter of urgency and embedded into Local Plan policy for Exmouth.
Urban biodiversity
Without prejudicing our previous comments it is our view that the Council is failing to meet its obligations under the NERC ACT 2006 or the National Policy Planning Framework (NPPF) to enhance as well as protect the biodiversity in the immediate vicinity of the Development. This can be achieved by integrating nest sites into new buildings and is recommended by the Town and Country Planning Association both in their "Guides for Sustainable Communities" and their new "Planning for a Healthy Environment: good practice for green infrastructure and biodiversity" the latter is available at: http://www.tcpa.org.uk/pages/planning-for-a-healthy-environment-goodpractice-for-green-infrastructure-and-biodiversity.html , see Annex C.
Blocks of flats are particularly suitable places to create new swift colonies. This
species has recently been included on the amber list of Birds of Conservation
Concern, one of the probable causes for their population decline is lack of nesting opportunities. For an excellent example of how this can be achieved see: http://www.teignhousing.co.uk/news/new-homes-swift-colony-teignmouth. www.eastdevon.gov.uk/combined_dmc_agenda_050213.pdf