The District Council has announced that it will be scaling back its plans for Knowle:

The EDDC offices at Knowle in Sidmouth as it is today. Photo by Simon Horn.
Parts of Knowle spared in Local Plan changes
Stefan Gordon July 8, 2013
PARTS of Knowle will be spared from development after district council chiefs made changes to a controversial blueprint for the future of Sidmouth and East Devon. Authority bosses told the Herald  that amendments to development boundaries, the draft Local Plan – including for their own HQ - were ‘small but important’.
Alterations mean Knowle’s lower parkland and lower car park – both earmarked for building in previously refused plans for the site – will be omitted from future proposals.
The highest profile change is a move which will ‘better protect’ parts of the Knowle campus from development, says the council. The lower parkland, known as Zone E in a rejected recent planning application, and the lower car park and parkland [Zone A] are now no longer included in the proposed boundary for any future development of the site.
Councillor Paul Diviani, leader of East Devon District Council, said: “The process has not been without controversy and we appreciate that planning issues stir deep and heartfelt emotions in many people. However, we have listened and I think we have responded reasonably to the concerns that have been raised about which parts of Knowle are suited to development.”
Parts of Knowle spared in Local Plan changes - News - Sidmouth Herald


These were the proposals in the draft Local Plan from November 2012 and planning application from February 2012: 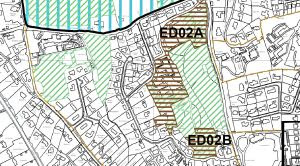 Knowle, as in revised Local Plan, Nov 2012 | Save Our Sidmouth 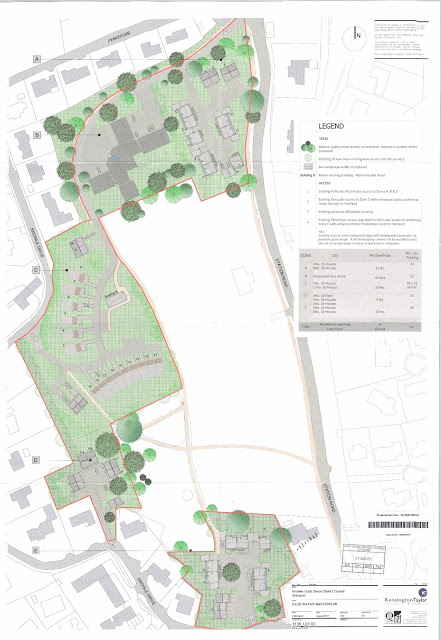 This is the area now proposed under the draft Local Plan, considered this Thursday 18th July:
www.eastdevon.gov.uk/combined_special_dmc_agenda_180713.pdf (page 31) 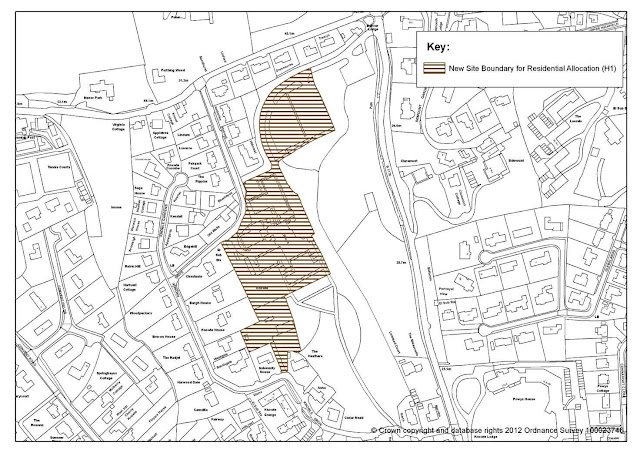 There is a question as to whether or not this area excludes all of the original Zones A and E:
> Whilst the car park in Zone A has been removed, it seems that the lawn terraces in Zone C [the lawns down to a boundary below the flower beds and just short of the Gothic folly] have been incorporated into the latest plans.
> However, these lawns are shown in District Council maps to be within the recreational area.
> Furthermore, in the refusal by the DMC of the application, it was stated that the construction of dwellings should not be allowed on "an area of open space..." and that it would be "contrary to policy RE1".
> Although, in the original proposals, the terraced building replacing the Victorian hotel enjoyed 'private gardens' to the south - presumably on these 'lawns'...

Otherwise, the new proposals for Knowle contained in the latest draft Local Plan seem to comply with what was resolved by the DMC.

To present this in full, the Development Management Committee of 1st March rejected the Outline Planning Application for Knowle. This is from page 49 of the Minutes:

Applications for Planning Permission and matters for determination

RESOLVED: that the application 12/1847/MOUT be refused, contrary to Officer
recommendation, for the following reasons:

1. The proposed development incorporates the construction of dwellings on parts
of the site currently used as an area of open space which forms an important
amenity for residents of Sidmouth and should be retained for the benefit of the
community. The proposal does not include alternative provision of equivalent
community benefit and it has not been demonstrated that sports and recreation
facilities can best be retained and enhanced through the development.
Furthermore the Local Planning Authority is not satisfied that the open space is
surplus to requirements and the development is therefore considered to be
contrary to Policy RE1 (Retention of Land for Sport and Recreation) of the
adopted East Devon Local Plan and the guidance of paragraph 74 of the
National Planning Policy Framework.

2. The proposed development by virtue of the loss of a large area of current
employment land and the loss of an existing park and walk facility which
provides an important car parking facility used by visitors to the town and its
businesses would have a significant detrimental impact on the economy of
Sidmouth. It has not been adequately demonstrated that all options for the
retention of the site for employment uses have been fully explored or that there
is a surplus of employment land in the locality. It is therefore considered that
the proposed development would be contrary to the requirements of Policy E3
(Safeguarding Employment Land and Premises) of the adopted East Devon
Local Plan.

3. The proposed development as a result of its close relationship with Station
Road and prominent position on the entrance to the town would be harmful to
the visual amenity and character of Station Road which forms an important
approach to the town through which many tourists and other visitors to the town
pass. The loss of amenity and character to this area would be contrary to policy
D1 (Design and Local Distinctiveness) of the adopted East Devon Local Plan.

4. The proposed development would have a harmful impact on the setting of the
listed building known as Balfour Lodge which formed one of the original
gatehouses to Knowle by virtue of its close relationship and the form of
development proposed. The development would therefore be contrary to policy
EN9 (Extension, Alteration or Change of Use of Buildings of Special
Architectural and Historic Interest) of the adopted East Devon Local Plan.

Will we need to wait and see what a new planning application for Knowle will propose...
.
.
.
Posted by Jeremy Woodward at 16:05