Literature and Landscape in East Devon

A first, full literary companion to the east Devon area. A4 in size and full colour, this beautiful book combines large photographs with serious research, quotations, observations on literaturea and landscape. Included also is a map, information on the writers, an index and bibliography. The aim is to both celebrate and draw attention to this unique and threatened part of rural England. Birthplace of Samuel Taylor Coleridge and Sir Walter Raleigh, a setting for stories and poems by H.G Wells, John Fowles, C. Day Lewis, John Betjeman, Elisabeth Barrett Browning, Jane Austen and others, East Devon remains as attractive to writers today as ever. The publication of this book aims to help keep it this way.

With an interesting introduction putting the book into context: 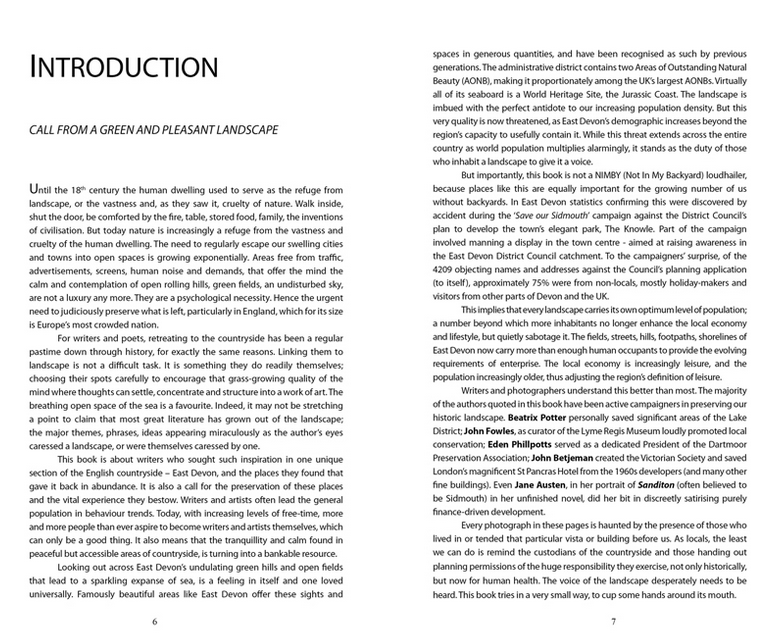 And an example of one of the reasons this part of the world is so attractive to so many people: 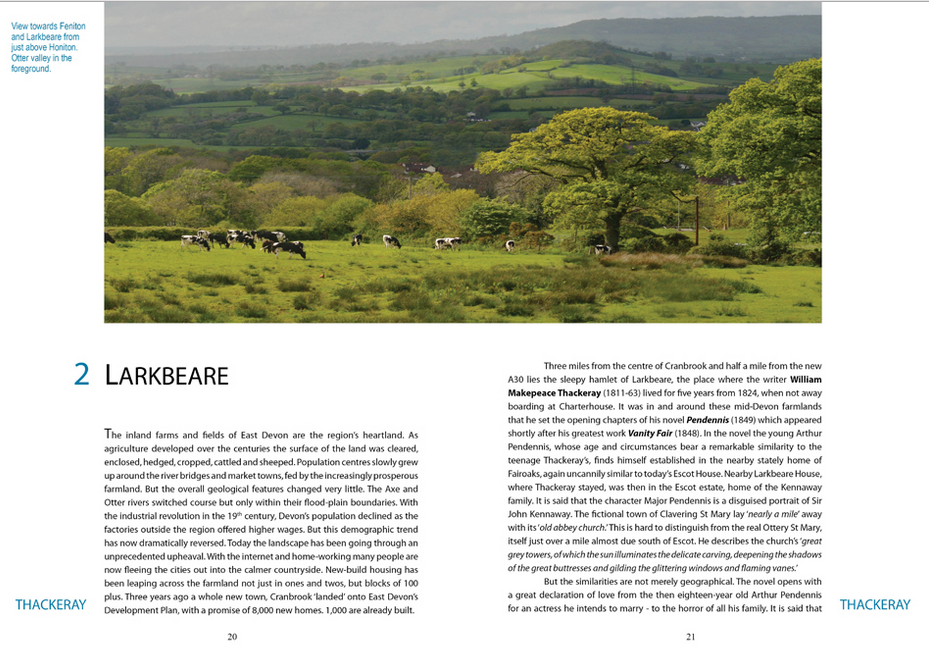 The launch date for the book has already been flagged on this blog:
Futures Forum: Literature and Landscape in East Devon: book launch: Friday 12th December

Interestingly, a correspondent to the EDA blog has noticed a piece in the Western Morning News:

A correspondent writes: ‘There was a letter in the Western Morning News (03/12/2014) about Cornwall and the South West, mentioning Lonely Planet.
Looking further into this, here’s what I found:

Source Extract from WMN article dated 29th Oct 2014, and information from ‘Lonely Planet’, at the links indicated below:

WMN OPINION: Devon and Cornwall should be proud of their tourist industry | Western Morning News

Lonely Planet included the region in its latest list of the top ten must-see locations and its travel experts rated the region’s rich moorland, rugged coastline and miles of sandy beaches as being on a par with heavyweight holiday spots Greece and Italy. We all know Devon and Cornwall are fabulous, it seems everyone else might be beginning to get the message too.

Coming third in their list of the best places to visit in Europe, the South West’s dramatic rural landscapes and breathtaking coastal scenery are among the reasons why the area is ranked higher than other European destinations such as Italy, Spain and France, placing Cornwall firmly on the map in the eyes of millions of travellers worldwide.

The Lonely Planet top 10 destinations in Europe for 2014 are