Sharing Our Lives with Wolves: on BBC's Shared Planet

In Devon we have had our own tussles with large mammals:
Futures Forum: On the River Otter: questions of potential parasites on BBC's Spotlight: and it's not just beavers who might be carrying EM...

The county not only is privileged to have two National Parks which provide space for several large mammal species:
Emperor of Exmoor - Wikipedia, the free encyclopedia
Futures Forum: "But I recognise national parks and areas of outstanding natural beauty are called that for a reason. They have a special status, it is a status we must respect."

Should these areas be home to more, larger mammals - or would this be at the expense of its human population?
People and Wildlife, Conflict or Co existence? | Ecology and conservation | Cambridge University Press
Futures Forum: National Parks and people-free spaces

A much-watched documentary was made six years ago about the man behind the wolf centre in North Devon:

Shaun Ellis has joined a pack of wolves, living and behaving like them. Abandoned at birth, three wolf pups are raised by Shaun who then teaches them the ways of the wild. As they grow up, he feeds, sleeps and breaths the same air as his wolves and in return they give him a place in the pack. Seeing the world as a wolf, Shaun takes a step further and comes up with a plan to help wild wolves threatened in Poland.

There has been a lot of debate about reintroducing wolves to Scotland:
BBC Nature - Would you have wolves and bears living next door to you?
Should lynx, beavers and wolves be reintroduced to the British countryside? | Environment | The Guardian
Wolf Reintroduction yes or no - Page 37 - Wild About Britain
Let's have a proper debate about restoring our native wildlife - Stuart Housden's blog - Our work - The RSPB Community

Would wolves in Devon make sense? After all, once upon a time Dartmoor had wolves:
The Last Wolf on Dartmoor

This proposal is from a couple of years ago:

Hay Festival 2012: Britain should ‘rewild the countryside’ with wolves, lynx and moose

Britain should bring back wolves, lynx and moose, according to environmentalist George Monbiot.

Speaking at The Telegraph Hay Festival, he said that sheep farming in places like Wales, Dartmoor and the Yorkshire Dales is likely to retreat as it becomes more and more difficult to compete in a global market.
Instead he said the uplands and other areas currently used for farming should be allowed to ‘re-wild’.
This would mean re-introducing wolves to the Highlands, beavers to rivers, moose and lynx to forests, wild boar across the country and a range of insects and birds. It would also mean replanting land with native species like oak, ash, willow and alder.
“As agricultural subsidies begin to disappear – which they will within a decade, we are going to see a retreat from farming on the uplands whether we like it or not," he said. "The question is what do we do with it? I would like to see lost specie re-introduced, removal of fences, blocking of drains and the restoration of whole eco-systems.”
The controversial idea, put forward in his new book 'Feral: Rewilding the land, the sea and the human world', is likely to upset many conservationists.
Hay Festival 2012: Britain should ‘rewild the countryside’ with wolves, lynx and moose - Telegraph

And the idea is gaining momentum - as reported by Geoffrey Lean in yesterday's Telegraph:
Futures Forum: A walk down primrose lane: "The Coalition's planning reforms have permitted grotesquely inappropriate development to flourish."

Carnivore Comeback: Bears and Wolves Are Thriving in Europe

Despite having half the land area of the contiguous United States and double the population density, Europe is home to twice as many wolves as the U.S.

finds that Europe's other large carnivores are experiencing a resurgence in their numbers, too — and mostly innonprotected areas where the animals coexist alongside humans. The success is owed to cross-border cooperation, strong regulations and a public attitude that brings wildlife into the fold with human society, rather than banishing it to the wilderness, according to study leader Guillaume Chapron, a professor

. "But what is interesting is, that does not mean we do not have carnivores. Au contraire; we have many carnivores." [Images: Carnivores of Europe]

Chapron and his colleagues pulled together data from all over Europe — excluding Russia, Ukraine and Belarus — on the population numbers of brown bears (Ursus arctos), Eurasian lynx (Lynx lynx), wolverines (Gulo gulo) and gray wolves (Canis lupus). Their results, published today (Dec. 18) in the journal Science, reveal that large carnivores in Europe are doing very well.

With the exception of Belgium, Denmark, the Netherlands

Wolverines can live only in the cold climates of Scandinavia, so Norway, Sweden and Finland are the only countries in the study that host all four of Europe's major large carnivore species. There are two populations of wolverines in Europe, with an estimated total of 1,250 individuals. (However, wolverines do face threats from climate change, due to their cold-dependent lifestyles.)

Some small populations of carnivores are in decline across Europe, the researchers noted, but none of the large to medium populations are suffering.
Attitudes toward the wild

What makes this success

so surprising is that these wolves, bears, lynx and wolverines are surviving largely outside of protected areas.

"Maybe the wolf is your black bear," Chapron said, explaining European attitudes toward the animal. In the United States, he said, wolves are seen as animals that can't coexist with humans, whereas black bears are generally tolerated in residential areas, with locals making accommodations such as bear-proof trash cans.

Chapron acknowledged that there are clashes in Europe between carnivores and people, particularly around livestock farming. Traditional strategies — such as employing livestock-guarding dogs or shepherds, or corralling livestock in pens at night — help ease carnivore attacks on valuable livestock, and compensating farmers for losses can also help mitigate problems, he said.

"There is a need to keep the conflict at a low intensity," Chapron said.

Chapron also credited the Habitats Directive, a set of conservation regulations that protects species and habitat types across national borders, for keeping carnivores from decline and extinction.

"We have found a recipe that works," he said.

Whether a similar recipe could work in the United States depends on public attitudes. However, the European model clearly shows that large carnivores can coexist with people in places Americans tend to find unimaginable, Chapron said. In 2011, a male gray wolf traveled from Oregon to California, becoming the first wolf in the state since 1924. (He later trotted back across the border to Oregon, and fathered pups.)

The appearance of the wolf triggered debate over how to manage the return of wolves in California. That is a matter of public policy, but Chapron pointed out that there is a fast-growing wolf population in Germany and Poland, where roads are as dense as anywhere in the world.

"If people from California decide to have wolves," he said, "then the European model clearly shows that you can have plenty of wolves in California."

A relatively tolerant attitude toward large carnivores has also emerged in recent decades.

Meanwhile, in North America, the hostility towards large mammals is much more widespread:
BBC - Wonder Monkey: Unnatural selection: what is killing America's mammals?
Why Killing Wolves Might Not Save Livestock

There has of course always been conflict between larger creatures and humans:
Human Population and the Future of Diversity | Ecology Global Network
Key factors driving attitudes towards large mammals in conflict with humans

For a fresh look at these issues listen to BBC Radio 4 tomorrow evening at 9pm:

Sharing Our Lives with Wolves

Few creatures have infiltrated our psyche as much as wolves. They haunt our imagination and appear in our stories, myths and legends. They are at once the embodiment of the devil and of the wild, enough dog that we relate to them, but also rugged, unpredictable and wild. They roam vast, untamed landscapes and then appear in our midst, hunting sheep and spreading fear. Our relationship has been so conflicting that they were almost eradicated from the earth by the end of the 19th Century. But since being protected they are slowly coming back in both Europe and America. Are we now able to live with them? Do we want to? Monty Don explores the enigma that is the wolf and looks at how our attitudes have shaped their destiny.View Programme information
See all episodes from Shared Planet 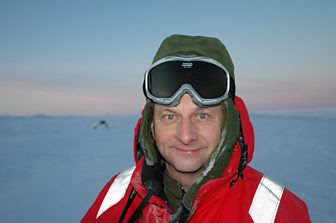 Tom Arnbom is a senior conservation officer at WWF Sweden. He has studied both sperm whales (M.Sc.) and elephant seals (Ph.D.) and has worked for both the Ministry of Enviroment and natural film industry.
For almost 20 years, he has been working in relation to large carnivores in Sweden and seeking solutions for carnivore conflicts on a European level with the European Commission.
He has vast experiences in human wildlife conflicts and has worked with the International Whaling Commission, sealing and Swedish National Carnivore Board. 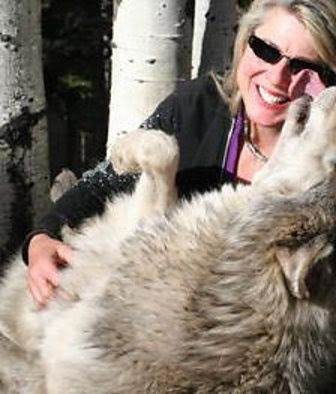 Darlene Kobobel rescued a wolf-dog by the name of Chinook in 1993. The two-year-old female was going to be put down because she was a ‘wolf-hybrid’ but Darlene took her home and learned of the issues and controversies regarding wolf-dogs and wolf-dog breeders in Colorado county.

Wanting to provide a safe haven for unwanted wolf-dogs, Darlene launched the Wolf Hybrid Rescue Center. She and her team were inundated with calls from people who felt they can no longer keep them as pets.

Through this work, Darlene discovered that of the around 250,000 wolf-dogs born in the US every year, 80 per cent are likely to die before the age of three because they commonly have to be put down after being donated to shelters. Kobobel decided the answer was more education and began work to turn the Wolf Hybrid Rescue Centre into an educational facility now known as the Colorado Wolf and Wildlife Center. 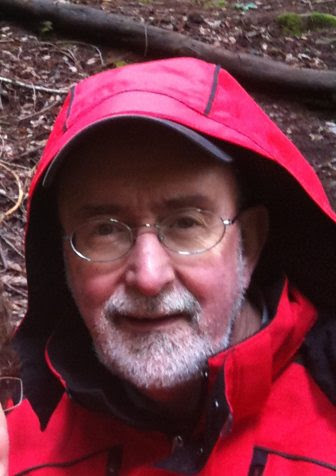 He served as Department Chair, Director of the Center for Resource Policy Studies and Programs and in the Gaylord Nelson Institute of Environmental Studies at UW-Madison before retiring in 2001.

Heberlein was a visiting professor in the Department of Wildlife, Fish and Environmental Studies at the Swedish University of Agricultural Sciences in Umeå Sweden from 2004-2012.
He currently divides his time between Sweden and the United States. His capstone book, Navigating Environmental Attitudes, Oxford University Press (2012), deals in part with his research on attitudes toward wolves.