The NPPF Report: "The simple way for councils to send speculative developers packing is to have an up-to-date local plan - 80% of councils now have a published local plan and slow-coach councils should be held to account by local voters for dragging their feet."

The Communities and Local Government Select Committee has been very busy all year gathering evidence on the NPPF:

It published its report yesterday:
www.publications.parliament.uk/pa/cm201415/cmselect/cmcomloc/190/190.pdf

And it has been widely reported in the national press:
BBC News - Planning law policy 'fuels inappropriate development'

This is from yesterday's Mail:

The Government's flagship planning policy is leading to "inappropriate and unwanted housing development", MPs have warned.

The cross-party Communities and Local Government Committee also raised concerns that town centres were not being given proper protection against the threat from large out-of-town retail developments.

They called for the Government to scrap rules allowing small shops and offices to be converted to housing without the need for planning permission, arguing that the changes could lead to town centres becoming "an unattractive place to visit or, indeed, live". 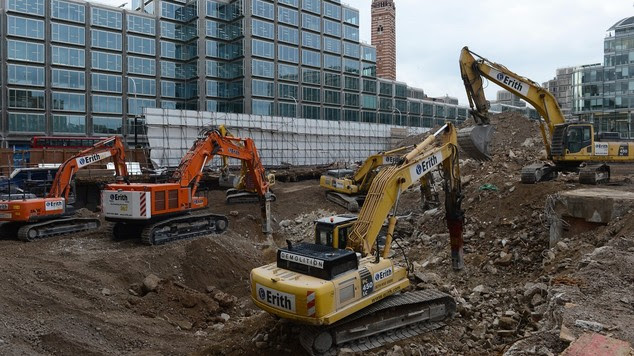 The MPs welcomed the intention behind the National Planning Policy Framework (NPPF), which ministers said slimmed-down 1,000 pages of "often impenetrable jargon" to 50 pages.

But the MPs said changes were needed to ensure that the NPPF's goal of sustainable development was met, by ensuring that "the same weight is given to the environmental and social as to the economic dimension", with "due emphasis on the natural environment".

The committee said: "Our report has identified a number of issues with the operation of the NPPF: that it is not preventing unsustainable development; that it is leading to communities being subject to inappropriate and unwanted housing development; and that it is giving insufficient protection to England's town centres."

But there was no need to "tear up or withdraw" the controversial document, but insisted ministers should " reinforce its provisions and ensure it does the job it was intended to do".

The MPs called on councils to ensure that they had a local plan in place for their areas, as it was "vital to the success of the NPPF that all local planning authorities have in place an adopted, up-to-date local plan".

They said: "Councils that fail to produce a plan surrender their ability to influence the future development of their local areas."

The committee's Labour chairman Clive Betts said: "Councils must do more to protect their communities against the threat of undesirable development by moving quickly to get an adopted local plan in place. The NPPF is designed to work side by side with local plans. At the moment, 41% of local authorities do not have an adopted local plan which is simply not good enough. To put an end to councils dragging their feet on this issue, we call for the Government to make it a statutory requirement for councils to get local plans adopted within three years of the legislation being enacted.

"We must also close the loophole that allows developers to challenge the inclusion of sites within a council's five year supply on the grounds of viability. We heard that developers were claiming sites were unviable in order to obtain planning permission on other, more lucrative sites against the wishes of the council and community. In doing so, they are undermining and delaying the local planning process. Requiring all sites with planning permission to be counted towards an authority's five year supply will help put a stop to this behaviour and give communities greater protection."

The committee warned that the Government's planning policies are not doing enough to ensure the health and vibrancy of town centres.

Mr Betts said: "The internet has revolutionised the way we shop and yet too often the way we plan for our town centres seems preserved in aspic. Planning needs to develop greater flexibility to adapt to changing trends and be sharp enough to offer our town centres greater protection. The Government should scale back 'permitted development' which allows shops and banks to become homes without planning permission. It is too random and is hollowing out the commercial heart of our town centres. Councils have to be able to plan strategically for the future of their communities."

The National Trust said the committee's report was the latest sign that the NPPF was allowing developers to ignore the wishes of local communities.

Rick Hebditch, the charity's assistant director of external affairs, said: ""The National Trust welcomes the findings of this cross-party report. The Government needs to tackle loopholes in the NPPF which mean it is too open to challenge from streetwise developers. The committee's findings are the latest in a growing body of evidence that the NPPF is allowing developers to ignore the local communities it said would be at the very heart of its new approach. New National Trust research shows that even where a council has a local plan in place, these are being challenged by developers. The Government's planning rules need revising so that they put people and places first."

Planning Minister Brandon Lewis stressed the importance of councils having a local plan and criticised "slow-coach" authorities who had not published one.

He said: "This Government's planning reforms have ensured strong protections of the open countryside and the Green Belt, while at the same time putting power back in the hands of local people through the abolition of top-down regional strategies. Our locally-led planning reforms are working, as 240,000 badly needed new homes received planning permission in the last 12 months.

"But the simple way for councils to send speculative developers packing is to have an up-to-date local plan - 80% of councils now have a published local plan and slow-coach councils should be held to account by local voters for dragging their feet."

A Local Government Association spokesman said: "Councils have long been calling for an end to Government's permitted development policy, which has seen high streets and communities changed with no consultation of those living and working in them, as well as pressure on schools, roads and health services. The committee is right to recognise that permitted development rights are not working and we urge government to listen to the committee's call to end them.

"It is absolutely vital that planning decisions are made in line with the wishes of local communities. Councils work hard to engage with residents and consult on plans for development. Local plans provide a framework for development in communities but getting a local plan right can take time.

"This is not the right time to change the NPPF and rather than make changes or issue new guidance, we need the Government to provide developers and communities with certainty over the system and give the framework time to bed in."

Brian Berry, chief executive of the Federation of Master Builders, said: "The committee is right to stress the importance of maintaining adequate levels of investment in planning departments. Although councils are under a great deal of financial pressure, with more cuts to come, there are some areas which must be prioritised over others and planning is one of them. Our country is in the midst of a crippling housing crisis and if we are ever to start building enough new homes, we need planning departments to be sufficiently resourced to ensure these homes can be built."