An American academy has recently suggested that 'geoengineering' might have to be considered as a way to tackle climate change:
Futures Forum: Climate change: and geoengineering >>> "Climate Intervention Is Not a Replacement for Reducing Carbon Emissions"

Considerable fears have been expressed about whether this is really the right sort of approach
- that it is just too heavy handed and too top-down.

Certainly, large-scale initiatives might help - but it seems that smaller-scale and truly 'local' projects might be more effective. 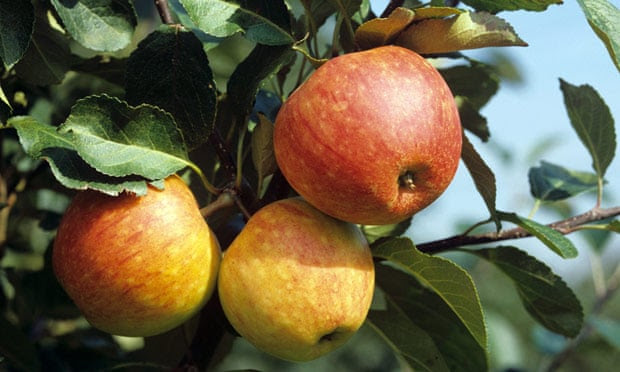 In his recent piece on climate change on the network, Jo Confino wrote of the dark place he found himself in after a few weeks immersed in the latest news on sustainability – his climate change "dark night of the soul" if you like.
For the past six years I have been part of an experiment known as Transition, which encourages people to do just what Confino suggests: to sit with the pain of this awareness, while also pointing to a path beyond it.
It's a bottom-up approach to the creation of community resilience; the ability to withstand shocks at the local level. It focuses on "engaged optimism", a solutions-focused and positive response, rather than the "false cheer" Confino warns against.
There is an important distinction to be made between the kind of positive thinking that Barbara Ehrenreich lambasts in Smile or Die: How Positive Thinking Fooled America and the World, and the Transition approach. Ehrenreich writes of "mandatory optimism and cheerfulness", whereas Transition is very different. It acknowledges the scale of the challenges we face and that they can be deeply upsetting, but also invites you to be part of a collective response, with no predetermined answers, to help make history figuring it out. A collective experiment, if you like.
It works like this: an initiating group forms; raises awareness about climate change, peak oil and so on (always in the context of what can we, now, here, do about it); then subsequent groups form around key areas – food, energy, transport – which enable the people who are passionate about those areas to get involved. It works to create a collective vision of how it would like its future to be in the context of the challenges outlined above. This then leads to practical projects driven by what people feel enthused to do. You might think of it as a "do-ocracy", a process driven by the people who are doing stuff.
It is open source, bottom-up and self-organised. It represents a shift from focusing on probabilities to focusing on possibilities. Confino's despondency following his immersion in the data on climate change is about probabilities, the probability that such-and-such will happen by a certain time. But what if the thinking shifted to what was possible? Given that we are where we are, what might we be able to create in this situation?
It is that refocusing that led to the creation of Bath & West Community Energy, a co-operative, community-owned energy company which just raised £750,000 in its first share launch. It led to the Bristol Pound, launched last month with the full support of the city council and already accepted in many hundreds of businesses, and Transition Lancaster's Fruity Corners, fruit trees planted across the city. . There are many other examples of such initiatives.
While none of these on their own are an adequate response to climate change, combined they represent communities taking visionary leadership when their leaders are failing to do so.
Might we redefine resilience as the degree to which we can breathe possibility into our local communities, changing the stories they tell about themselves, so that when they encounter shock, they are able to refocus on the possibilities that emerge? The realisation that we live in a world of limits can be a great stimulus for new thinking and creativity.
I too have sat in the pit Confino writes about, the gloomy place where it feels like you are the only person who can see the wall our juggernaut of civilisation is heading for at great speed. Indeed, I pop back there on a fairly regular basis. But feeling part of a process, with others, of starting to build the kind of world we want to see, helps hugely. It contributes to my own personal resilience, as well as to the resilience of the community around me.
It is perhaps a path out of the pit driven by action.
Rob Hopkins is co-founder of Transition Network and author of The Transition Companion. He blogs at TransitionCulture.org and tweets as @robintransition.
Community action alleviates climate change gloom | Guardian Sustainable Business | The Guardian

Here is another view from earlier this week:

Grow the Grass Roots
Grant A. Mincy | February 19th, 2015
Of all the complex environmental problems the world faces today, the elephant in the room is climate change. If current predictions are correct, our posterity faces famine and drought, land loss, natural disasters, political instability and (if the hippies at the Pentagon are correct) increased warfare as resources are strained. So, how do we address the issue?

State progressives suggest classic command and control policies. Their authoritarian spirit is so commonplace it’s no longer shocking. Society is but a marionette to the high liberal — and climate may be next.

The United States National Research Council, an arm of the very well-respected Proceedings of the National Academy of Sciences, published a two-volume report (Climate Intervention Is Not a Replacement for Reducing Carbon Emissions; Proposed Intervention Techniques Not Ready for Wide-Scale Deployment — Feb 10, 2015) arguing for development of a “portfolio of activities” to combat global change. The Council suggests climate engineering as an approach. As indicated by Clive Hamilton at The Ecologist: “In other words, rather than presenting climate engineering … as an extreme response to be avoided if at all possible, the report normalises climate engineering as one approach among others.”

Climate engineering is deliberate interference with the climate system in hope of curbing global change. Such a proposal is potentially disastrous. Climate is incredibly complex — to think we can manage such an integrated system is foolish. Numerous unintended consequences will surely follow any attempt to hack the climate.

To be fair, the report notes the serious risk in climate engineering, but still suggests the US move forward with major research programs to investigate various forms of climate manipulation. This state approach is riddled with incredible dangers. Luckily, social forces offer an inspiring alternative.

A holistic, global sustainability movement has roots going back to the early 1980s. Looking to the market, it places less emphasis on legal solutions and focuses on liberty. Among the root causes of environmental degradation are institutionalized social and economic woes. Realizing this, activists for a sustainable future seek the liberation of markets, reclaiming the labor of individuals from the corporate arm of the state.

The sustainability movement is built by local community action groups, as opposed to the deep pocketed “green” organizations stalking DC’s halls of power. Sustainability is a local movement. There are no defined leaders, only activists and practitioners. After all, if the coal fields, for example, are to resist power and domination from the coal industry, then why tolerate such ethos in the movement? Activists are not concerned about positions of privilege — horizontal themes define grass-roots activism. The goal is not power, but instead a healthy environment, thus healthy communities. As the sustainability movement grows, it continues to develop new strategies and approaches to further the goal of preserving the environment for our generations that follow.

State approaches to environmental degradation remain vague, hypocritical and, with the prospect of purposefully altering the climate, maniacal. If you care for the natural world, instead of empowering the state, turn your back on it. Grow social power instead. Find a local group and get active in your community. No matter your skill set, I guarantee your labor will be appreciated. It will no doubt be meaningful. Salvation does not lie in the hands of the powerful, it lies in liberty.

Center for a Stateless Society » Grow the Grass Roots
.
.
.
Posted by Jeremy Woodward at 14:09