Climate change: "a badge of political identity in a debate riven by ideological and tribal conflicts"

The Guardian has just launched a major series on climate change:
Futures Forum: Climate change: keep it in the ground

However, this might well alienate the very people it is trying to reach out to - as Jonathan Freedland warned last week:
Futures Forum: Climate change: appealing to values and identity >>>>> From 'worthy but dull' to re-framing the debate >>>>>>> It's about: pollution >>> inter-generational debt >>> conserving the local landscape

In other words, the debate has to be opened up. And this was the point made again, in today's Guardian:

We must reclaim the climate change debate from the political extremes

Mark Lynas
Alarmists and deniers need to climb out of their parallel trenches, engage with the developing world and work together to end the crisis 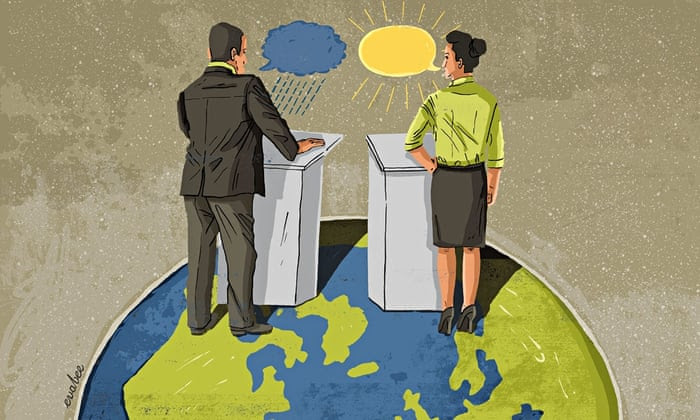 400
Climate change is real, caused almost entirely by humans, and presents a potentially existential threat to human civilisation. Solving climate change does not mean rolling back capitalism, suspending the free market or stopping economic growth.
With those two rather innocuous statements, I have just alienated most people on either side of the climate debate. Today, climate change is no longer just a scientific or an energy problem. Instead, one’s position on global warming has become a badge of political identity in a debate riven by ideological and tribal conflicts. This bodes ill for humanity’s chances of addressing the threat before it is too late. 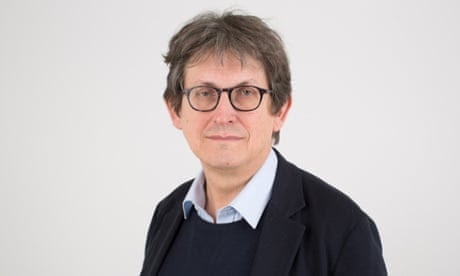 Read more
The nature of the scientific consensus, which on the face of it should be pretty straightforward, has become one of the most bitterly contested issues. Each storm, heatwave and temperature rise – or fall – is fought over, not for what it is but for what it represents. An east coast blizzard apparently represents a victory for the naysayers, as exemplified by climate denier Jim Inhofe’s absurd brandishing of a snowball on the floor of the US Senate. Arctic ice melting is a success for the “alarmists”, while Antarctic ice growing is a boon for the “deniers”.
This isn’t science; it is politics. The science – as articulated by the IPPC – says the warming of the climate system is “unequivocal”, that the last 30 years were probably the warmest for the last 1,500 years, and that it is “extremely likely that human influence has been the dominant cause of the observed warming since the mid-20th century”.
Moreover, if current emissions trends continue, warming of 4C or even 6C becomes a possibility this century. No exaggeration is needed to illustrate the gravity of the threat – warming of this magnitude would destabilise major ice sheets, lead to catastrophic shifts in weather patterns, and cause havoc with ecosystems and human societies. The planet’s temperature, along with CO2 levels, would be higher than for tens of millions of years.
We should all be able to agree on this. But we can’t, because this scientific narrative seems to have been captured by one, rather extreme, end of the political spectrum.
The Guardian’s climate campaign is, in principle, very welcome. But it risks reinforcing this polarisation by leading with two extensive extracts from Naomi Klein’s latest book, This Changes Everything: Climate vs Capitalism. Lefties will lap it up; others will see it as evidence that science has been appropriated as cover for an ideological project.
For Klein, whose career has always focused on fighting capitalism, climate change merely means we must renew that fight. It doesn’t seem to strike her as odd or fortuitous that this new “crisis”, which she admits she’s only lately discovered, should “change everything” for everyone else but merely reinforce her own decades-old ideological position. Her analysis of the problem is the same as for all the rest of today’s challenges – that it is the fault of multinational corporations, “market fundamentalism” and the “elites”, who in her view control the media and democratic politics.

Depressingly, all this confirms what social psychologists have long insisted: that most people accept only scientific “facts” that are compatible with or which reinforce their political identities and worldviews. The environmental left leapt on climate science because it seemed to confirm deeply held notions of the planet being fragile, and modern civilisation being in essence destructive. Moreover, climate science at last seemed to herald the global doom that the eco-Malthusian left had always hoped for.
Reacting against this rather miserabilist and dystopian worldview, the political right has increasingly adopted an outright denialist position – attacking the science in a covert war against the political ideology it has been co-opted to serve. The reason half of Americans doubt the science on climate change isn’t because they are stupid or misled by the fossil fuels lobby, but because the global warming issue has now become as much as part of America’s culture wars as abortion or creationism.
And let’s not presume that the environmental movement, or the left, has a monopoly on Enlightenment values. Most of those fighting the good climate fight on the basis of scientific consensus fall over themselves to deny an equivalently strong consensus on the safety of nuclear power and GM crops.
Witness the recent “no consensus” statement pushed by the greens on GM crops, which exactly parallel “no consensus” statements pushed by the right on the climate. Stuck in their political trenches, neither side sees the irony – or the damage they are doing to science overall. 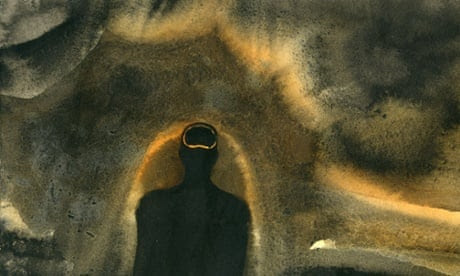 Don't look away now, the climate crisis needs you

Read more
All of this makes climate change much harder to deal with than it would otherwise be. In insisting that tackling carbon emissions must be subordinated into a wider agenda of social revolution and the dismantling of corporate capitalism, Klein isn’t making climate mitigation easier: she is making it politically toxic. In rejecting “too easy” solutions such as nuclear power and advanced renewables technologies (the dreaded “technofix”), the left puts its cards on the table – and confirms what the right has always suspected: that climate mitigation is not a primary but at best a secondary goal.
This is also a debate conducted in a western bubble. No one in India doubts that the emergence from poverty of hundreds of millions of people in south Asia will require the production of prodigious amounts more energy – far more than could ever be compensated for by any remotely plausible “energy austerity” path taken by the west. Don’t forget: rich OECD countries have already peaked their CO2 emissions, so pretty much all the future growth will come from Asia, Africa and South America.
Forget the political myths: here’s the hard reality. The emergence from poverty of the developing world is non-negotiable. Humanity will therefore double or triple energy consumption overall by 2050. Our challenge is to develop and deploy the technology to deliver this energy in as low-carbon a way as possible, probably using some combination of efficiency, renewables, next-generation nuclear and carbon capture. We need to pour vastly more resources into R&D, and put a significant international price on carbon.
But to make any of this happen we will need to recapture the climate debate from the political extremes. We must then work to come up with inclusive proposals that can form the basis of a social consensus that must last decades if it is to have any meaningful effect on the climate change crisis that faces us.