On the front page of today's Herald 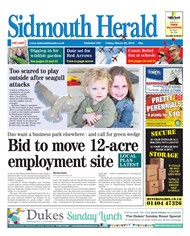 ... the main story was the push by two of Sidmouth's District Councillors who are pushing for the Sidford industrial park to be moved: 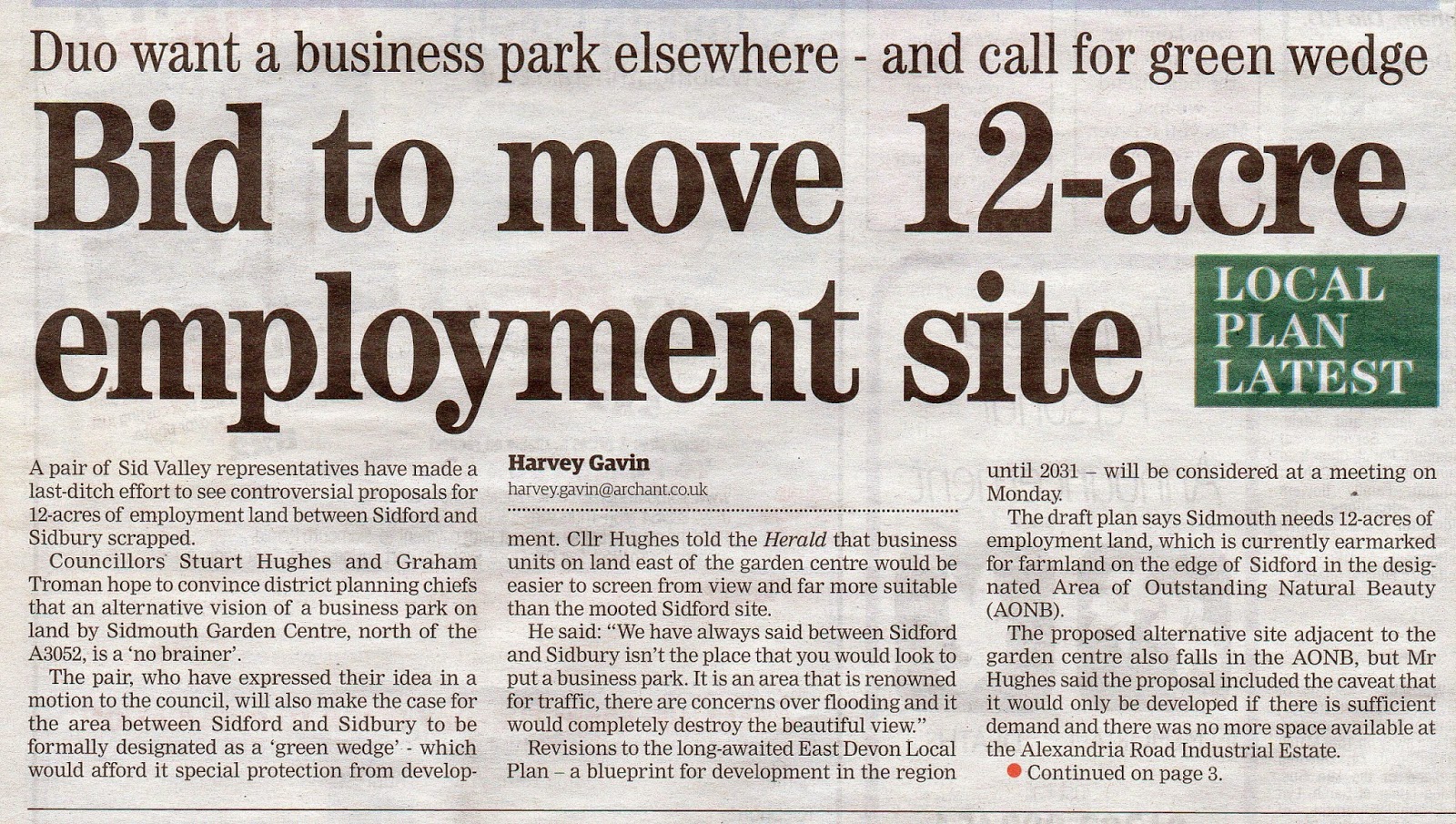 The Save Our Sidmouth blog has commented:

Stuart Hughes’ ‘Hughes Report’ blog says that he has proposed an amendment to the Local Plan, seconded by Graham Troman. It refers to moving the employment allocation to north of the A3052, and designating the land between Sidford and Sidbury as a Green Wedge.

However, Cllrs Hughes and Troman, both representing Sidmouth, do not state how big they think the new site should be, nor precisely where it should be located. Presumably they want to leave those crucial matters for the Development Management Committee (DMC) to decide. At least two other Sidmouth representatives, Town and District Cllr Peter Sullivan, and Town Councillor Ian Barlow (owner of one potential new site), are likely to give some input when the DMC meets next Monday.

The DMC vote will probably be close, as it was with the Knowle application. This could be an ideal opportunity for the Committee to prove that it is independent-minded.

A large public presence at the meeting on Monday 23rd March, starting at 10a.m. in the Knowle Council Chamber, would doubtless be appreciated.


What EDDC’s revised Local Plan specifies for the Sid Valley

Here is the link to the revised Local Plan. http://eastdevon.gov.uk/media/990979/230315-sp-dmc-local-plan-with-changes-for-post-hearing-consultation-ver-04-march-2015.pdf

As in the previous version of the Local Plan, rejected by the Inspector, there are still 100 homes proposed, plus 50 windfall. AND the 5-hectare Sidford Business Park site is still in unamended.

The implications are illustrated below:

Proposal is for 12 acres of employment land, with 400 new parking spaces, close to residential housing. Sidmouth currently has a very low unemployment rate.

The site is partly on a floodplain, which Environment Agency warns will get worse with climate disturbance.

This example of a business park, just 15 minutes’ drive away (on A3052 towards Exeter) shows how the site in Sidford’s Area of Outstanding Natural Beauty (AONB) could be transformed by EDDC’s Local Plan.

What EDDC’s revised Local Plan specifies for the Sid Valley | Save Our Sidmouth
.
.
.
Posted by Jeremy Woodward at 16:55