Going against the flow: introducing a one-way street against the wishes of traders and residents...

Four years ago, moves were made to produce a 'traffic management plan' for Sidmouth:

County councillor, Stuart Hughes, watches as the new cycle/pedestrian bridge is moved into place across the M5
SIDMOUTH will have one “golden opportunity” to form a long-awaited comprehensive traffic management plan.

SIDMOUTH will have one “golden opportunity” to formulate a long-awaited traffic management plan.
Devon County Council (DCC) highways chief, Stuart Hughes, said this week there will be “only one chance” to compile a comprehensive long-term vision on how every aspect of traffic and transport is handled in and around Sidmouth.
Issues like town-centre pedestrianisation and park and ride will be up for debate when DCC begins talks with a “blank canvas,” said Councillor Hughes.
“We will have our own comprehensive traffic management plan once and for all,” he said, and urged the town: “It’s not going to happen again. When it does, take the opportunity- if you miss it you’ve missed it for good. This is a one-off chance to sort everything out.”
Mr Hughes said talks will be held with town and district councils, ‘blue light’ emergency services and Sidmouth’s chamber of commerce and hospitality association. The DCC cabinet member for highways and transportation also wants residents to have their say- through the Herald.
Mr Hughes anticipates full or partial pedestrianisation of the town-centre, park and ride, residential parking and improved access to the Alexandria Industrial Estate will be prominent issues. He added speeding motorists, large lorries using some roads and cycle links were other concerns residents raised. He couldn’t say when discussions will begin as it depends on officer resources at DCC.
Eleven other coastal and market towns in the region are in line for their own individual plans after the authority shelved proposals to install ‘park and display’ meters.
“I’d like to see Sidmouth as one of the first towns we look at,” said Mr Hughes. “People come here and think what a beautiful place it is. We pride ourselves on unique and lovely shops, but terrible traffic sullies it. This is about how traffic is going to be managed in and around the town. Let the people have their say- it will help us. It’s a massive thing but it’s not going to happen over night.”
Sidmouth set for ‘traffic management’ talks - News - Sidmouth Herald

Cllr Hughes has, through his portfolio position at the County Council, promised a 'comprehensive' approach to traffic management:
www.devonconservative.org.uk

However, his request for people to 'have their say' and that 'it's not going to happen over-night' with regards to the traffic and transport project in Sidmouth is perhaps understandable, if the example from Totnes is considered:
BBC News - Campaigners march over Totnes one-way traffic system

The news has just come in which has left the County Council very 'disappointed': 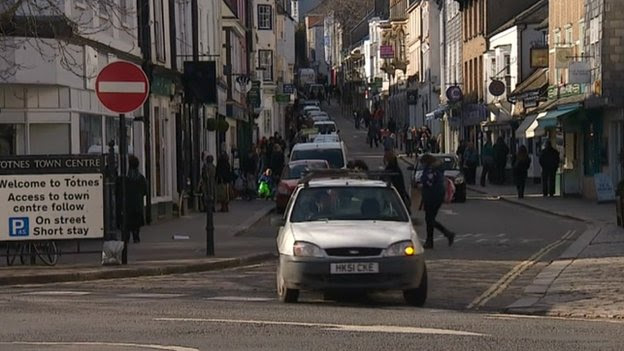 Traffic changes prevented vehicles from being driven up the High Street from the bottom of town
Continue reading the main story
A controversial decision to reverse traffic flow through Totnes town centre has been quashed in the High Court.
Devon County Council made the change in 2013 to make the area safer.
But some traders began legal action claiming their businesses had suffered because the main entrance to the town centre was made no-entry to traffic.
The council said it was "disappointed" by the High Court decision and was considering whether to appeal. 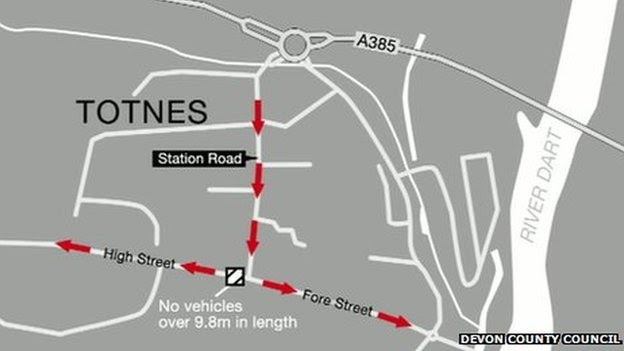 The county council changed the layout of roads in Totnes 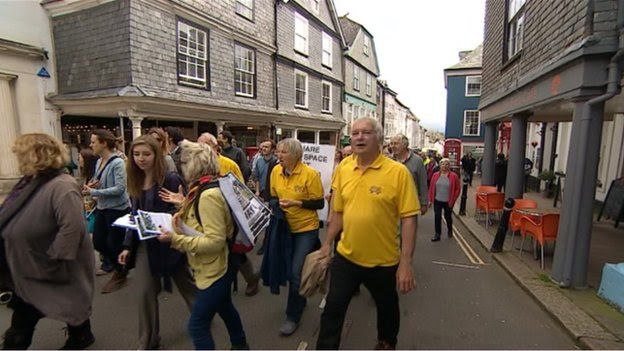 The traffic changes led to demonstrations in Totnes 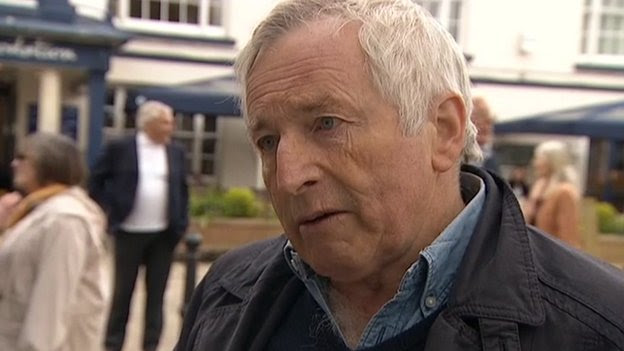 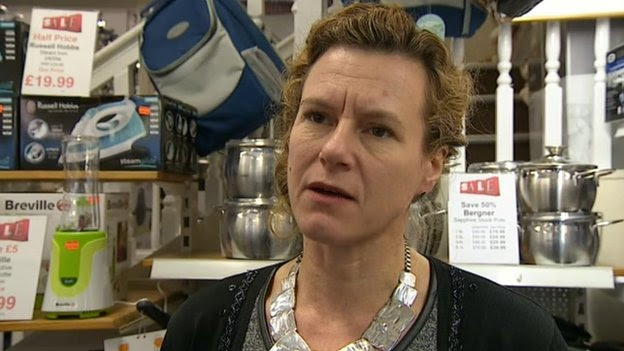 Shopkeeper Liz Lawson said her trade had been "devastated" 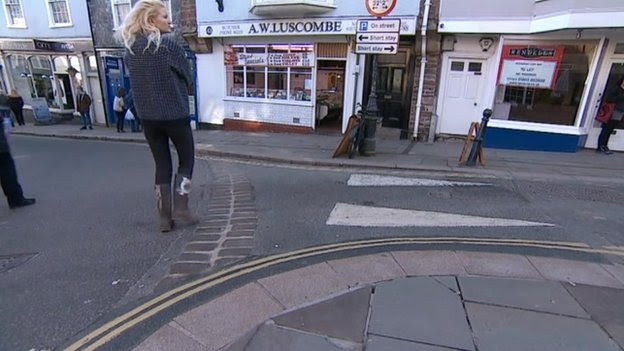 Others said the changes had led to less pollution and noise in the town centre
BBC presenter Jonathan Dimbleby was among campaigners who marched with protesters against the traffic changes which meant vehicles could no longer be driven up the High Street from the bottom of the town.
The changes reversed the previous system ,in which traffic was allowed up the High Street, and brought in alternative routes.
Campaigner Peter Richardson said: "The people of Totnes fought very hard to get this result and it's a shame Devon County Council tried to quash the will of the people instead of trying to solve the problem of traffic on the roads."
Shopkeeper Liz Lawson said: "We had a big loss in sales as a result of the changes. It's been quite devastating."
Others in the town said that the changes meant traffic noise and pollution had been reduced and walking in the town was more pleasant.
The judgement will not be put into effect until the council decides whether it will appeal.
A council spokesman said: "Motorists must continue to abide by the restrictions as the order remains in place until there has been a further hearing, which is expected imminently."

Re: Totnes...following the decision taken there have been hundreds of emails and letters received pleading for County to appeal decision and this is now happening with the following being sent to all those who have made their views known..Stuart Hughes CC

Thank you for your correspondence regarding the judgment on the Traffic Order in Totnes.

As you may have seen from Devon’s recent press release, we will be seeking leave to appeal the judgment.

We have had many response from the general public and I would be grateful if you could extend our thanks to anyone else we may have missed off our mailing list.