'Tapping into a new appreciation for the countryside'

Radio 4's Book of the Week is Robert Macfarlane's latest: 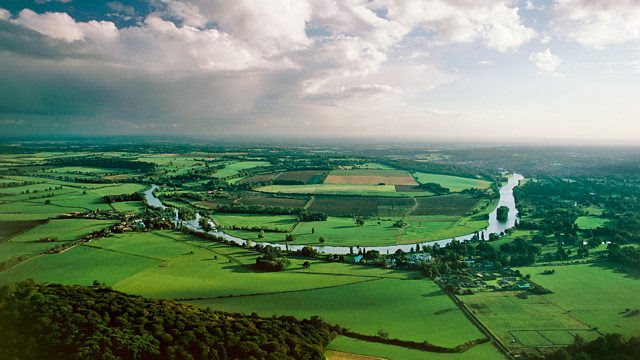 Book of the Week, Landmarks Episode 1 of 5

Robert Macfarlane visits some inspiring places, to meet the people and
'collect' the words that evoke the area.

1. He recalls happy days at Walnut Tree Farm, Suffolk, home to a famous swimmer of moats and ponds, lakes and rivers..

Landmarks is a bigger book than it first appears. There is a manifesto quality to it, a more urgent beat than in his previous work. We have lost touch with the earth, Macfarlane argues, both physically and linguistically. By presenting writers who were engaged with it, and language that belongs to an age when children could tell the difference between an oak and an ash, a sparrow and a wren, the book demands our re-engagement with the natural world. The result is a step forward for Macfarlane and for nature writing.

In response to a threatened, damaged landscape, a distinctive art form is in flower, of which Helen Macdonald’s prize-winning H Is for Hawk is the latest in a long and lively line. As happened in the Romantic period, the last time readers and writers combined to hymn and study the powers of a vulnerable British landscape, our era is producing work of lasting worth. Landmarks both makes the threat to our children’s experience and sensibility explicit, and offers solutions.

An interest in this type of book seems to be a trend:

Books about the natural world are now huge sellers, tapping into a new appreciation for the countryside and scepticism about material wealth

This month sees the publication of Rob Cowen’s Common Ground, described as a “portrait of a piece of pylon-strung edge-land, an unclaimed tangle of meadow, wood and river”. Then comes Patrick Barkham’s Coastlines, the third offering from the Guardian journalist seen as one of the genre’s emerging young stars. Also out now is Simon Armitage’s Walking Way, in which the poet explores the coastal fringes of south-west England.

Their publishers must be hoping that such titles will appeal to readers who lapped up Helen Macdonald’s H is for Hawk, which has sold more than 135,000 copies in the UK alone, won the Costa Book of the Year and the Samuel Johnson prize and has turned the Cambridge academic into a literary sensation.

“It’s astonishing, the impact of Helen Macdonald’s book,” Barkham acknowledged. “I know of nature books that are being released this year on the last Thursday in July, when Helen’s book was released. It’s now seen as the new magical date in publishing.”

Her book is often mentioned in the same breath as that of another Cambridge academic, the poster boy for the new nature writing movement, Robert Macfarlane, whose works – including The Wild Places and The Old Ways – have sold more than 300,000 copies in the UK, according to data supplied by Nielsen, a global firm that monitors what people read and buy.

Many tagged with the new nature writing label acknowledge their debts to those before them, suggesting they are simply reviving a tradition rather than forging a new path. In The Old Ways, universally praised as a masterpiece, Macfarlane acknowledges his debt to Edward Thomas, whose 1913 book, The Icknield Way, explored the poet’s journey between Suffolk and Wiltshire along one of Britain’s oldest thoroughfares. Macfarlane has been credited with rehabilitating forgotten writers such as Scottish poet Nan Shepherd, in the same way that Richard Mabey, perhaps Britain’s foremost nature writer, helped to resurrect the reputation of the “poet of the fields”, John Clare.

The genre’s proponents argue that it would be wrong to see the new nature writing as simply an exaltation of nature. “A lot of this writing is about questioning the values of our current society, and particularly questioning economic growth,” Barkham said. “We have to look at more meaningful ways of living. It’s not just about consumption and adding to our material wealth.”

and:
Futures Forum: Sidmouth green lanes...
Futures Forum: Peat - between the moor and the garden - and the climate
.
.
.
Posted by Jeremy Woodward at 13:28