Among the issues debated, the question of whether or not there will actually be a District Council in existence in a few years was raised. This has also been the subject of on-going debate on-line:
Streetlife | Why do we need a district council?

Here is a report on the event from today's Herald: 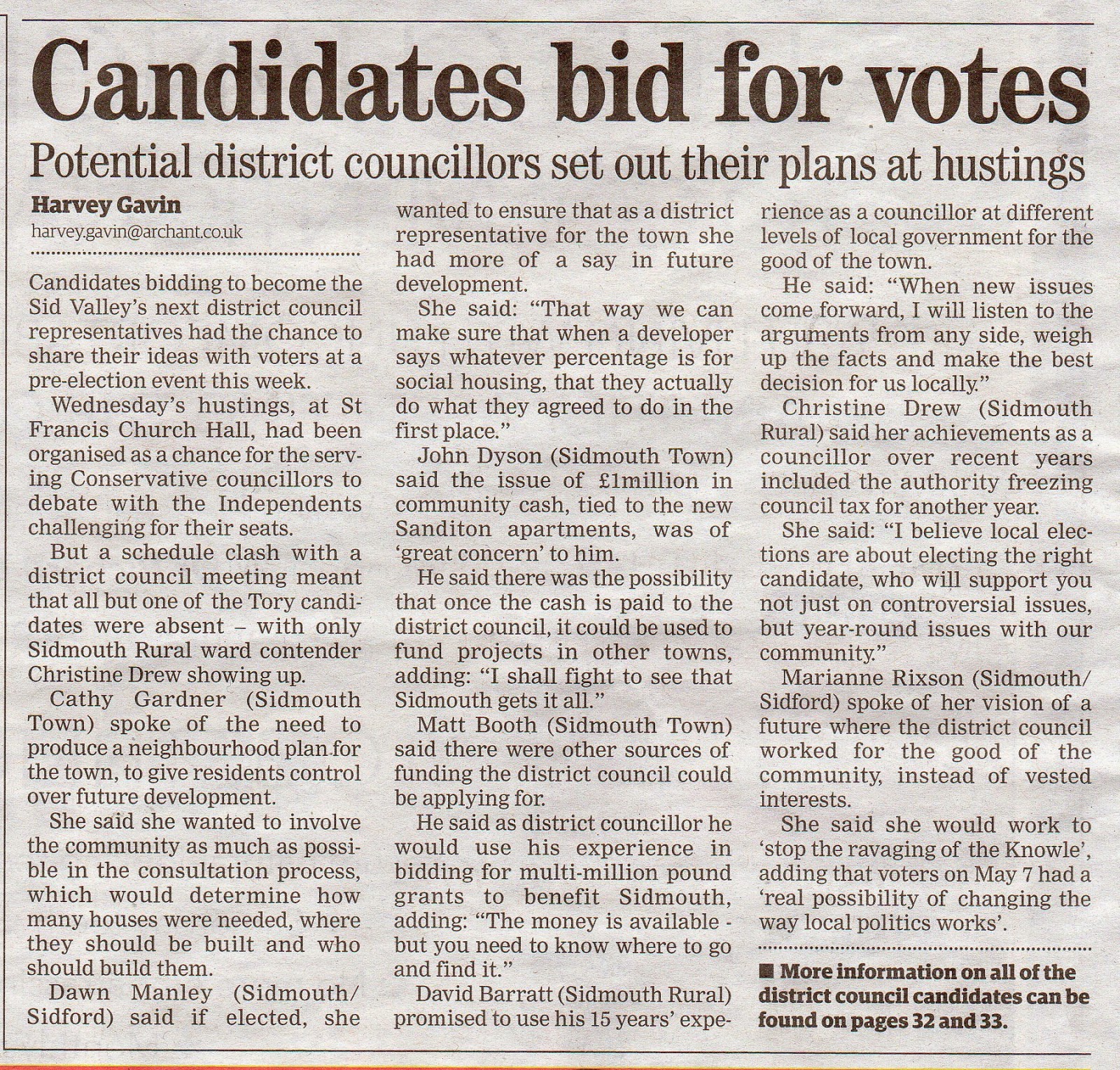 And this is from the East Devon Watch blog:

Congratulations to Vision Group for Sidmouth (VgS) for organising last night’s hustings, in a particularly civil atmosphere, thanks to the VgS Chair, Dave Bramley.


All candidates standing in Sidmouth and Sidford Wards, for election to East Devon District Council, had been invited. ONLY ONE current District Councillor, Christine Drew, turned up, making the absence of all the others appear all the more reprehensible.

Hats off to the iEDA Independents,for their positive message of how together they could improve the way things are done at District Council. Their pooled knowledge of local issues, and individual expertise in such things as sources for grants; tourism and marketing; and most urgently, how to do a neighbourhood plan, was impressive.

Next VgS hustings, for Sidmouth Town Council candidates, is at Sidmouth College, 6pm, on Tuesday 21 April. Wonder how many candidates will take advantage of this pre-election platform offered to them? We’ll see.

The question about there being a possible 'coalition' after the election has been posed:
Futures Forum: Coalition government - at District Council level

Here is a rather more rigorous interpretation:
Real Zorro: Zorro predicts end of EDDC Conservative Party rule thanks to Cull Coalition
.
.
.
Posted by Jeremy Woodward at 13:16