Who should determine 'strategic planning' in East Devon? Or: How to "take politics out of development decisions and exclude all issues of contention from discussion."

There seems to be a disturbing development towards the 'depoliticising' of 'development decisions' - under the guise of 'localism' - which might in turn mean anything from 'strategic planning' to 'community partnership' to 'enterprise strategy'...

This is a recent analysis of the trend in the UK:

The political boundaries of neighbourhood planning in England

The rise of neighbourhood planning has been characterised as another step in a remorseless de-politicisation of the public sphere.
A policy initiated by the Coalition Government in England to create the conditions for local communities to support housing growth, neighbourhood planning appears to evidence a continuing retreat from political debate and contestation.
Clear boundaries are established [which] seek to take politics out of development decisions and exclude all issues of contention from discussion.

The policy of neighbourhood planning has explicitly anti-political aims in seeking to defuse opposition to housing growth and economic development...

EAST DEVON DISTRICT COUNCIL
Minutes of a Meeting of the Audit & Governance Committee held at Knowle, Sidmouth on 5 March 2015

Members noted that a draft report to the Committee had been prepared on the issue of Strategic Planning decision making; however officers were awaiting legal advice on the route that this should take through the Council’s committee’s before the report could be published. In light of this a verbal update on the assessment was given, Officers started by considering what was actually strategic, and considered that matters associated with the Local plan and the production of Development plan documents would be strategic but that in terms of applications only those for 50 dwellings or more and 5000sqm of industrial floor space would be strategic. The potential options considered in the report were:

 to transfer responsibility for Strategic Planning Policy to Cabinet – Legal advice was that planning application decisions hade to be made by a specially constituted committee for this purpose and could not be made by an Executive Board and therefore this option had been dismissed. This was to prevent conflicts with other issues that the Cabinet would be considering given that planning applications had to be considered on their planning merits alone.

 Appointment of a new Strategic Planning and Development Committee to deal with strategic planning issues under the Chairmanship of the Strategic Development and Partnerships Portfolio Holder. This raised capacity issues for the Democratic Services section but would allow for appropriate separation and if appropriately constituted could comprise Members of both Development Management Committee and Cabinet to provide the required expertise.

 An option for Call-in of decisions of Development management Committee to Cabinet was considered by and raised the same concerns as Cabinet themselves considering planning applications.

 No change at all.

In officers opinion the appointment of a separate Strategic Planning and Development Committee would be the best option, potentially with quarterly meetings and special meetings being held when required.

RESOLVED: that the report be noted.

Minutes of a Meeting of the Audit & Governance Committee held at Knowle, Sidmouth on 5 March 2015

The East Devon Watch blog found this quite extraordinary:

EDW hears that councillors are deeply uneasy about officer proposals to allow EDDC’s Cabinet to decide “strategic” planning applications of more than 50 dwellings and over 5000 square metres of industrial floor space.

Incredibly, they explained that their first recommendation was to alter EDDC’s constitution to take “strategic” planning applications from the Development Management Committee, (DMC) and to give them to Cabinet for determination.

They admitted spending considerable time looking at this controversial option that would have further strengthened the power of, what many critics consider, an overweening and developer-friendly Executive.

They were forced to drop it, by legal advice pointing out the potential conflicts of interest inherent in the proposal. Their preferred option now is to create a “Strategic Planning Committee” consisting of both Cabinet and DMC members, possibly under the chairmanship of the current Strategic Planning Portfolio Holder Andrew Moulding, to look at strategic planning applications.

This was still too much for members of the A&G Committee. Cllr Geoff Pook said, “We don’t need a second DMC looking at planning applications”. Cllr Tony Howard agreed: what was needed was competent, well-resourced officers who could get a grip on the figures for housing land supply. Constitutional changes giving more power to the Cabinet, he said, “is a different matter”.

A big “Hear, Hear!” to that from East Devon Watch.

And who defines what is “strategic”? Our suggestion: anything that involves a developer and/or a former member of the East Devon Business Forum – leaving only conservatories and extensions to the current DMC!

One thought on “Give Cabinet control over major planning applications” proposal shocks councillors.”

Does the Cabinet members’ lust for power and control have no bounds?

We already have the situation where at least one cabinet member has complained about being left in the dark on the Knowle Relocation project with decisions having been taken by an even smaller sub-clique of the Cabinet.

Now we hear that the Cabinet want to further reduce democracy by taking even more control themselves and allowing less involvement of non-Cabinet councilors.

More to the point, shame on the electorate if they return these despots to power.

Another similar proposal has just been made: 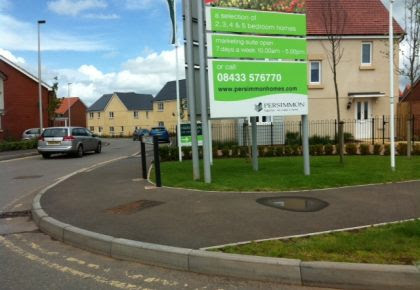 Cranbrook’s keenly anticipated draft Enterprise Development Strategy (EDS) has now been received by East Devon District Council. The strategy was commissioned by the council alongside the community-led Our Place plan from independent consultants Ash Futures Ltd, in order that the two initiatives could work together, helping both the council and the community build a better and more economically viable Cranbrook.

The Our Place plan is an entirely community driven strategy, which was commissioned by the community for the community. It sets out how a community enterprise company could assist the development of economic activity by taking on assets in Cranbrook, including community owned photo voltaic panels, small commercial and retail units and enterprise centres, whose income can be ploughed directly back into the community.

The community enterprise company will have access to a range of funding and the work so far has been supported by government funding as part of the localism agenda, which gives local communities greater ability to govern themselves and retain cash flow. Localism has an impressive record of success – for example 100% of community owned pubs remain open after five years, while 99% of community shops remain open after five years.

The EDS recommends that we work with the community enterprise company, because it has greater access to funding, is able to conduct business and enterprise activity more freely than a town council and is not politically motivated.

The Our Place plan has already been delivered to the community and is being finalised for distribution and registration with Locality (who administer government funding for community development)...

Councillor Andrew Moulding, Portfolio Holder for Strategic Development and Partnerships said: “It is wonderful that the community is being given the opportunity to build their own economy. We are 100% behind supporting this enterprise strategy – the development of an enterprise town in East Devon is such good news.”

Or, again, from the East Devon Watch perspective:

Reading between the lines it seems to suggest that people in Cranbrook will be left to find their own money for their own projects especially as
“The Economic Development Strategy recommends that we work with the community enterprise company [in Cranbrook], because it has greater access to funding, is able to conduct business and enterprise activity more freely than a town council and is not politically motivated.”

So, EDDC Conservatives don’t want development in Cranbrook controlled by a town council – interesting! Seems that polling might have shown that many people in Cranbrook might well not vote Tory or think the East Devon Tory Way!

Or perhaps their strategy is that ALL town councils should be replaced by an “Economic Development Strategy” – maybe on the lines of the Local Plan’s concentration on “high economic growth”.

One thought on “East Devon Tories don’t want development in Cranbrook to be controlled by a “politically motivated” town council!”

From Exmouth’s experience Town Councils can do nothing to prevent inappropriate development, they can only give recommendations.
Of course if they are of the right political colour they can do like Exmouth Town Council did during the last district/town council campaign and hold three planning meetings at each of which “Urgent” status was given to helping a McCarthy & Stone application get over a few hurdles.
Never mind that this contradicted the promises on the tories election leaflets and never mind any notion of election purdah, lets help it along and let them demolish the main building even though this dishonestly wasn’t named on the planning application.

See also:
Futures Forum: Happy news coming out of Cranbrook... churnalism and the partnership between developers and politicians...
.
.
.
Posted by Jeremy Woodward at 13:54