The book provides valuable context for how the landscape is being seen today:
Futures Forum: Literature and Landscape in East Devon >>> and 'the areas in East Devon currently threatened with over-development' >>> @ the Budleigh Salterton Literary Festival >>> >>> Saturday 19th September

The event is coming to Sidmouth this week:
10.30am on Thursday 18th February at All Saints Church hall on All Saints Road.

Here is part of the blurb from the Buddleigh Festival site: 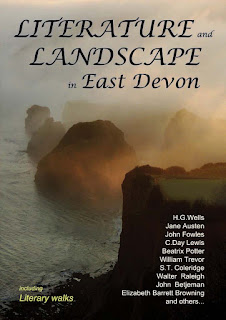 Peter Nasmyth is a writer and photographer who grew up in East Devon...

In 2014 he turned his eye back onto his homeland and wrote Literature and Landscape in East Devon, both as a call for its preservation and an investigation into the subtle linkage between writers and their environments.

A first, full literary companion to the East Devon area, his beautiful book combines large, full colour photographs with serious research, quotations and observations on literature and landscape. The birthplace of Samuel Taylor Coleridge and Sir Walter Raleigh and the setting for stories and poems by H.G Wells, John Betjeman, Elizabeth Barrett Browning, Jane Austen and others, East Devon remains as attractive to writers today as ever.

Peter’s aim is to celebrate and draw attention to this unique and threatened part of rural England.

And here is part of the blurb from the EDA website - with more notes to be had from the author: 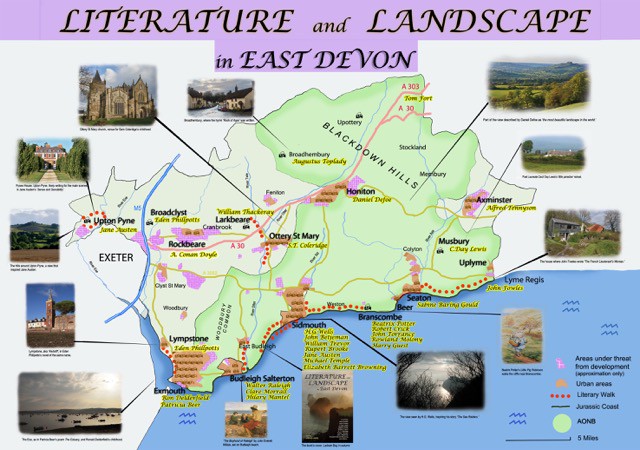 ... the author Peter Nasmyth will be talking about his observations on the changing countryside to protect East Devon’s countryside.

His book: “Literature and Landscape in East Devon” is a fabulous record of our local writers through the ages and also of the wonderful landscape that we all enjoy. Peter will be talking about his campaign and his book ...

He has created a large map showing all the areas in East Devon currently threatened with over-development. Later this year we hope to be able to distribute this map in electronic form, but for now the only way to get an idea of the scale of our challenge is to go next Saturday to see the map.