Although there have been dissenting voices:
Futures Forum: "Abundant, cheap electricity has been the greatest source of human liberation in the 20th century."

Nevertheless, it looks as though it's going to be even huger this year:

Here's an overview from the Express:

Why do lights go out for Earth Hour?

LIGHTS around the world will be turned off for an hour as part of a global environmental campaign this weekend. But what is Earth Hour? And when is it? 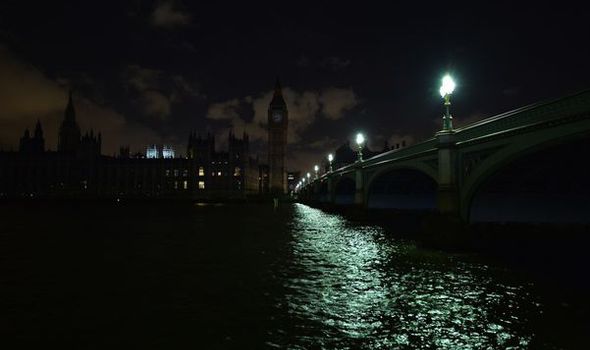 The Houses of Parliament will be plunged into darkness for Earth Hour
Hundreds of millions of people in more than 170 countries are set show they care about the planet by switching off their lights to mark Earth Hour.
Big Ben, the Houses of Parliament, the Gherkin and Piccadilly Circus are among the iconic landmarks that will also be plunged into darkness for an hour.
Here is a summary of what the event is all about.

When is Earth Hour?

Environmentally conscious people around the world will switch off their lights between 8.30pm and 9.30pm on Saturday March 19 2016.

Families, communities and businesses are encouraged to turn off their non-essential lights for one hour as a symbol for their commitment to the planet.
Many people chose to light candles instead for the hour. Iconic landmarks such as the Empire State Building, Eiffel Tower and the Sydney Opera House will take part in the event.

What is Earth Hour?

Earth Hour is huge grassroots movement which aims to unite people in a bid to raise awareness about the need to protect the planet.
The event is organised by conservation organisation the World Wildlife Fund (WWF), which sees climate change as one of the biggest threats facing the planet.
WWF vice president Lou Leonard said: "Earth Hour arrives at a pivotal moment.
"The threat of climate change has never been clearer, but the momentum has never been so clearly on our side.”

How did Earth Hour start?

Earth Hour first started as a lights out event in the Australian capital Sydney in March 2007.
More than 2.2 million people and 2,000 businesses turned their lights out to show support for climate change action that year.
The Earth Hour movement is now marking its tenth year and has spread to more than 7,000 cities and towns across the globe.

Why do lights go out for Earth Hour? When is it?  | World | News | Daily Express

See also:
Earth Hour: Nothing ‘virtual’ about climate impact of emails, tweets | The Indian Express
.
.
.
Posted by Jeremy Woodward at 15:20