"Sense of Place" >>> from Bury to Sidmouth

A couple of years ago, Sidmouth resident and author Graham Cooper produced a book on his home town Bury in Lancashire:

A book has just come out depicting the changes to the town of Bury over the last decades: a familiar story of crass development, ignorance of place and consequent ripping apart of the social fabric.
A very touching portrait of a man and of a town - which carries clear messages for the future of Sidmouth. Is this 'a warning of how Sidmouth has been sleep walking in the same direction?'

Graham has brought out another book which identifies what gives somewhere a 'sense of place':

borough of yesteryear - but can you 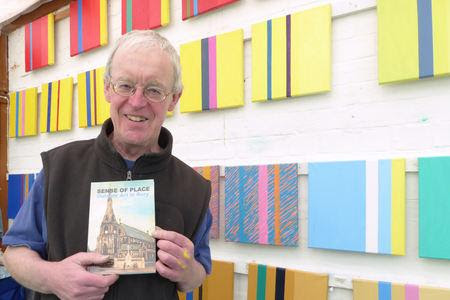 Author Graham Cooper with his new book, Sense of Place
Dale Haslam / Tuesday 8 March 2016 / News
AN AUTHOR spent 40 years documenting nostalgic images of Bury — and now needs your help to 'complete the set'.
Writer Graham Cooper has published more than 300 images of the borough in a book called Sense of Place, but there are still some images he needs to identify.
Mr Cooper, aged 66, and now of Sidmouth, Devon, would like Bury Times readers to say where these seven locations are.
He said: "We have managed to place hundreds of images, calling on the detailed knowledge of lots of people, but there are still a few we I cannot place. If anyone knows what these pictures are of and they can get in touch, I'd be very grateful."
It is hoped the images will feature in a new edition of the book if identified.
Mr Cooper, whose previous book about Bury was entitled Transient Town, was inspired to publish Sense of Place by a photography exhibition 40 years ago.
Many of the pictures show buildings that feature some sort of unique imagery, from company logos to mosaics, sculptures and public artwork.
Mr Cooper said: "It is a compilation based on the 'Outside Art – Home and Abroad' exhibition held at the Derby Hall in 1979. There was no catalogue, so nearly 40 years later, after many sites have been lost, there appears to be a need for just such a record."
Mr Cooper worked with photographer Doug Sargent to compile the images and also got help from pals Andy Pomfret and Kevin Jackson and his cousin Ray Cooper.
Dewi Lewis, the former director of the Metro Arts Association, and Gillian Paxton, the borough archivist, also helped.
Mr Cooper added: "Sense of Place considers the town in which I grew up and provides a snapshot of features which make Bury special.The collection consisting of 300 images feature examples of outdoor wall paintings and other forms of urban adornment, most of which were taken in the late 1970s and early 1980s.
If you can help identify any of the images or to enquire about buying a copy of the book for £10, contact Mr Cooper at cooper.graham@btinternet.com"It is a record of the human creativity and artistic touches."


New book of Bury images capture the borough of yesteryear - but can you help complete the set? (From Bury Times)

And here is the author's updated website:
http://www.grahamcooper.com/
.
.
.
Posted by Jeremy Woodward at 15:25