"Energy economics are changing rapidly and so the momentum is towards decentralised, smart and flexible energy systems."

The Hinkley nuclear project is one such example - and is key to the devolution deal:
Devolution | Heart of South West Local Enterprise Partnership
£65.2M EXPANSION OF GROWTH DEAL BOOSTS LOCAL PLAN FOR HEARTOF THE SOUTH WEST ECONOMY - gov.uk

But who exactly will be picking up the bill?
French government to bail out EDF – south-west to do the same via its Local Enterprise Partnership | East Devon Watch
Hinkley C £22 bn ” poison pill” for UK | East Devon Watch

Prof Catherine Mitchell of  the University of Exeter has pointed to the inefficiencies of large-scale centralised energy production before:
Futures Forum: "In most other countries, renewable energy projects are owned by local communities: and so there's a huge groundswell of support for them."
Futures Forum: "From ‘dirty’ energy to sustainable energy" >>> UK Energy Policy and the role of community energy >>> Prof Catherine Mitchell to talk in Exeter Tues 10th February

In today's Guardian, she is particularly scathing about the Hinkley project:

The Hinkley nuclear power deal contains a “poison pill” which could leave taxpayers with a £22bn bill if a future UK government closed the plant before 2060, according to an official document seen by the Guardian.
The huge liability shows Hinkley is a “terrible deal” for the UK public, according to critics, with the company also guaranteed three times today’s price for electricity for 35 years. The project has recently been battered by financial warnings and resignations at its prime backer EDF, although on Thursday France’s economics minister, Emmanuel Macron, said that the French state would bail the company out. 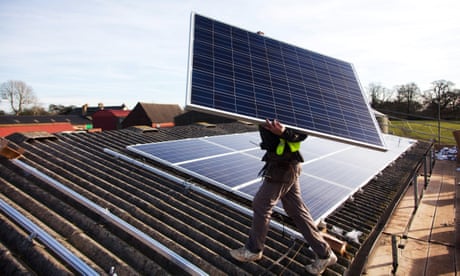 Read more
The deal the UK government has agreed with EDF, set out in an unpublicised “minute”, commits the British public to pay subsidies of up to about £40bn in real terms and provides state guarantees on nuclear waste disposal and insurance, while allowing the plant to begin producing electricity as late as 2033.
A shutdown that triggers the “poison pill” compensation is not entirely within the control of the UK government but could also be forced by the EU or an international regulator such as the International Atomic Energy Agency, according to the document.

“This is a dreadful agreement for the nation,” said Prof Catherine Mitchell, an energy policy expert at the University of Exeter. “The government is already paying a high price, index-linked for an incredibly long 35 years. This should be more than sufficient for a professional, business contract.
Green party MP Caroline Lucas said: “Even before we knew about this ‘poison pill’, Hinkley represented a terrible deal for taxpayers and a huge burden on bill payers too. This flies in the face of relentless ministerial rhetoric on value for consumers – especially compared to the costs of solar power and wind – which are already cheaper than nuclear and continue to fall.”
A spokeswoman for the Department of Energy and Climate Change said: “Hinkley Point C will give a boost to our energy supply and our economy, bringing in billions of pounds of investment into the UK and creating 25,000 jobs during construction. The [deal] gives developers the certainty they need to make sizeable investments like this one, by providing protection for a political risk that is outside of their control. All [such deals] include protection against political shutdown, but this is extremely unlikely to happen.”
“The £22bn ‘poison pill’ effectively reduces the risk to zero for EDF and its backers, which is great for them. But from an outside perspective, it smacks of desperation.”
“There could be so many reasons over 35 years that you would want to close the plant,” she said, including rising costs, changes to the UK’s energy system or loss of public confidence.
In recent weeks, EDF’s finance director quit over concerns about the project’s impact on the already heavily indebted company and EDF had to ask its owner, the French state, for increased support. MPs will grill EDF’s boss next Wednesday, and say there are “serious questions” to answer about Hinkley’s viability. ButFrançois Hollande and David Cameron have strongly backed the project as “a pillar of the bilateral relationship” and “a key aspect of Britain’s energy policy”.
Former Conservative energy secretary Lord Howell has criticised the Hinkley dealas “one of the worst deals ever” for British consumers and industry and has protested against “endless government guarantees for risk-free returns to the investors”.
Tom Burke at thinktank E3G, a former special adviser to three Conservative environment secretaries, said: “Why would a Conservative government want to buy 35 years of electricity ahead of time? They are supposed to believe in the market. But they have tied themselves in knots and now it is too embarrassing to untie it.”
The UK government argues that new nuclear power is essential to provide large amounts of reliable, low-carbon energy.
But Mitchell said: “Energy economics are changing rapidly and so the momentum is towards decentralised, smart and flexible energy systems. It is moving away from large, inflexible power plants like Hinkley. If it ever gets funded, it will be a white elephant before it is even finished and this government, with this £22bn ‘poison pill’, will have tied the next generation into paying for it, for no reason that I can understand. If it is simply political saving face, it really is pitiful.”
More news

The point is reiterated on the environment correspondent's blog:

These alternatives to the troubled planned nuclear plant will be faster to build and cheaper for energy consumers, say experts


The planned £18bn nuclear reactors at Hinkley Point in Somerset are derided by critics as “one of the worst deals ever” for Britain, but defended as crucial to the UK’s energy policy by the government.
Recent resignations and financial warnings have knocked confidence in the Hinkley C deal, raising the question of whether clean energy alternatives could plug the gap. The fast-changing economics of the energy world, with renewables and other clean technologies falling in cost, indicate they can. The alternatives also look faster to build – it would take a decade to get Hinkley into operation – and cheaper for consumers, who ultimately foot the bills. 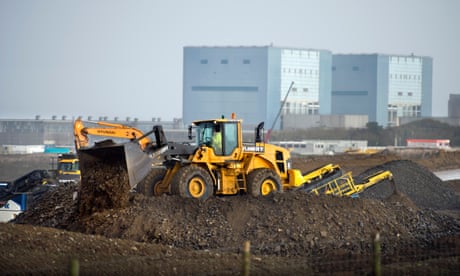 Read more
Energy policy expert Jonathan Gaventa, from the thinktank E3G, has come up with five better ways of powering the nation:

Electricity demand is already falling. The Somerset site for Hinkley C was approved in 2010 but since then UK demand has already fallen by more than the plant will produce, about 25TWh a year or 7% of today’s demand. Due to repeated delays, Hinkley C is unlikely to produce electricity much before 2030, by which time six Hinkleys’ worth of electricity could have been cut from the national demand, according to aMcKinsey report for the government.

Wind power generation equivalent to one Hinkley has been connected to the national grid since 2010. Onshore wind power, having dropped 20% in cost over the last five years, is much cheaper than the heavily subsidised price Hinkley is guaranteed for over 35 years. The costs of offshore wind are also falling and likely to be below Hinkley well before 2030.

Electricity from solar power is now also cheaper than Hinkley, having fallen by half in the last five years. From almost no solar panels in the UK, a third of a Hinkley has been added since 2010. Half of that was delivered in just 18 months, according to government statistics.

Another third of a Hinkley has been added to the UK grid since 2010 by new cables to other European countries, where electricity is currently cheaper. New interconnectors to Norway, Denmark and France could be laid by 2025, adding another two or three Hinkleys to the grid, according to a report for the UK’s National Infrastructure Commission (NIC) in February.

Another NIC report for the government found that four Hinkleys’ worth of electricity could be saved by 2030 by increasing the ability to store electricity, inlarge batteries for example, and making the grid smarter. This would also save bill payers £8bn a year.
“It is clear that a combination of efficiency, renewables, interconnection and flexibility would be more than enough to fill the gap if Hinkley C is withdrawn – and could do so more quickly, more reliably and more cheaply,” says Gaventa. 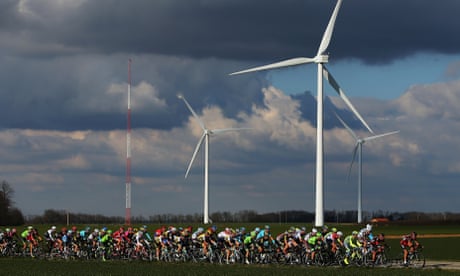 Read more
But Cameron’s government seems determined to do the opposite. It has slashed its home energy efficiency programme by 80%, ended all support for onshore wind and heavily cut solar subsidies. Its argument is always that it wants to keep energy bills low. Yet the vastly expensive Hinkley project will increase them.
So why isn’t Hinkley dead already? Many energy policy experts are baffled. But veteran green campaigner Jonathan Porritt, who chaired the UK’s sustainable development commission for a decade, thinks he knows: “Hinkley is a deal that has nothing to do with market reality. Nothing to do with affordability, let alone with the ‘hard-working families’ that [energy secretary] Amber Rudd keeps bleating on about. And nothing to do with addressing our climate change responsibilities.
“By contrast, it’s got everything to do with political leaders in three nations – the UK, France and China – all of which ‘need’ Hinkley Point to happen for grubby geopolitical interests of their own.”
More blogposts


Five ways to power the UK that are far better than Hinkley Point | Environment | The Guardian
.
.
.
Posted by Jeremy Woodward at 11:52