Sidford business park... and flooding: "Right now there are more questions than answers about how the new climate change guidance is going to be implemented. But be aware: this guidance is already a material consideration for all new planning applications and therefore, a valid reason for planning objections."

The controversial proposals for an industrial estate north of Sidford have now been included in the Local Plan:
Futures Forum: Sidford business park: "The council considered the allocation to be sound when the plan was submitted for examination and it defended the allocation at the hearing in February 2014. No new evidence has been submitted by the council to support its volte face."

This is despite serious misgivings:
Futures Forum: Sidford business park: and Alexandria Rd business park and the Local Plan >>> so many questions and so few answers

However, a new guidance from the Environment Agency now looms over the proposal:

Any future planning permission will have to take account of a newly-revised 85% increase in river flows due to climate change - as opposed to the old guidance of 20% which will have informed the Local Plan:

Big changes are on the way for developers following publication of new Environment Agency guidance on allowing for climate change in flood risk assessment, predicting river flows will double and sea levels will rise by over a metre, writes BWB Consulting service director Iqbal Rassool. 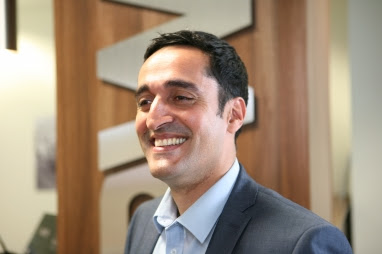 Back in October 2015 my colleague Matt Stokes, an environmental engineer here at BWB, wrote wondering how long it would be before the media were dusting off their headlines about floods. We didn't have long to wait: six weeks later Cumbria was hit by catastrophic floods which, sadly, caused death and large-scale destruction.
Originating in Storm Desmond, sustained above-average rainfall also led to flooding in other parts of the country – and a bill now estimated by KPMG at more than £5 billion.
However, the long-term financial impact of these floods won't stop there. Here we are coming up to Spring and the Environment Agency has just produced radically revised guidance which sets out in detail what allowances will have to be made for the effects of climate change when flood risks are being assessed in future. It hints at some substantial changes.
This is no knee-jerk reaction. The EA has been working on the new guidance for sometime and the industry has known for more than a year that new planning guidance was likely. The problem, as ever, has been trying to gauge what the new guidance might say while carrying on with developments which can only conform to the existing rules and regulations.
A frustrating lack of transparency aside, I think everyone will welcome the fact that a series of arbitrary allowances for climate change have been improved and clarified. Better still, the new guidance acknowledges that the impacts of flooding can vary across the country and gives regional context.
I'd love to be able to say exactly how this is going to affect the numbers on some typical developments: exactly what impact will an allowance for a 105% increase in river flows in the South East have on the viability of a new development? Right now, all we can say with certainty is that BWB's engineers and flood risk assessors are going to be doing more number-crunching and more flood modelling
What we do know is that the EA's new climate change guidance will affect development schemes in the following areas:
1) Increasing the extent of floodplains and the size of Sustainable Drainage Systems (SUDs);
2) Raising the height of the finished floor levels of buildings;
3) Potential reduction in net developable area and, therefore, site viability;
There are also substantial new allowances for increased river flows over the next 100 years, accommodating regional variations – up to 105% more flow in South East rivers, 85% in the South West, 70% in the Midlands and North West and 50% in the North East. To put these figures in context, the previous climate change allowance for the whole of England was only 20%.
Unsurprisingly, the guidance also allows for an increase in peak rainfall intensity of up to 40% – something which is bound to affect surface water drainage requirements. Finally, there are new allowances for rising sea levels over the next 100 years – 1.24 metres in the south and east, 1.02 metres in the north west and north east.
While the precise impact on specific schemes may be hard to identify right now, you don't need to be a flood risk modeller to realise that we could be looking at significant changes in the way developments are engineered and constructed, their size and viability and where they can be located.
Right now there are more questions than answers about how the new climate change guidance is going to be implemented. My own inquiries suggest the EA itself is still getting to grips with its implications. But be aware: this guidance is already a material consideration for all new planning applications and therefore, a valid reason for planning objections. Like rising flood waters, the industry ignores this new guidance at its peril.