Cutting plastic from your weekly shop

We need to do something about the amount of plastic we use:
Futures Forum: UN Ocean Conference >>> a 'game-changer' in cutting plastic pollution
Futures Forum: Campaign to eliminate plastics from the sea

And we can do quite a lot:
Cut down plastic and stop wasting water bottles - Woman's Weekly
How hard can it be to remove all plastic from your supermarket shop? You might be surprised | Coffee House

The Guardian asked a family to try:


Could you cut out plastic from your weekly shop? One family tried


With fruit sold in tubs, chicken in trays – and remote Pacific islands awash in plastic debris – the McCreadies found the plastic challenge tough 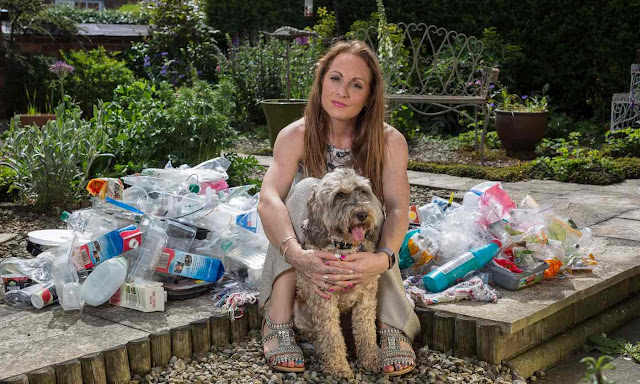 Juliet Stott
The grotesque images of rubbish-strewn Henderson Island, a remote and uninhabited Pacific coral atoll where millions of tonnes of plastic waste have washed up, sent shockwaves around the world. The sheer volume of plastics escaping into the environment mean that by 2050 there could be more plastic in our seas than fish. But how easily could we cut plastic out of our daily lives?
In June the Marine Conservation Society will launch its “plastic challenge”, asking us to give up single-use plastic for a day, a week or even the whole month. Guardian Money asked one Yorkshire family to track their plastic use for a week, then try the following week to cut it out as much as possible. The results indicate by how much we can reduce our plastic footprint – but also show the realistic limits to slashing our use, even among those keen to be as eco-friendly as possible.
Siobhan McCreadie, a 35-year-old social worker who lives in North Yorkshire, said she and her husband Andrew were “mindful” about their plastic consumption and made sure much of what they used didn’t end up in landfill. “Andrew will unscrew things and pull things apart in order for them to go into the right places so they can be recycled properly,” she says. 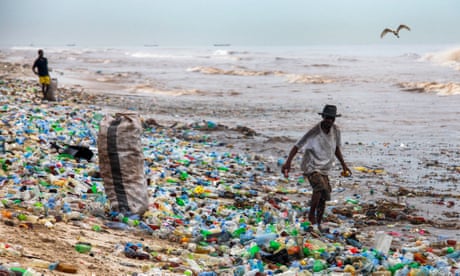 Throwaway culture has spread packaging waste worldwide: here's what to do about it

Read more
Yet the couple are often left “very frustrated” about the amount of plastic they can’t recycle. “My in-laws, in Scotland, have about five recycling bins and can throw toothbrushes and yoghurt pot lids in there, and it all gets taken away on a weekly basis and recycled. We can’t recycle those kinds of things. We’re not even able to recycle black plastic,” says Siobhan.
The McCreadies, who have two primary school-aged sons, took the plastic challenge for two weeks in May. They monitored the amount of plastic they threw away in the first week, dividing it into what could and could not be recycled, and said they were horrified by how much they had collected by the end of week one. “My non-recyclable pile of plastic was much bigger than my recyclable pile, and it really made me think that all this is just going to end up in a slag heap in the ground. It’s just bonkers and really sad,” says Siobhan.
In the second week they swapped their usual online delivery for shopping at a local greengrocers and deli in the hope of cutting out or cutting down on plastic packaging. “I bought all our fresh food from them, and had to explain at the counter that I didn’t want anything in plastic. But for some things it was unavoidable. For example, although I bought the cheese from the deli, it came wrapped in clingfilm. And the blueberries, strawberries and raspberries still came in plastic punnets.”


"This is just going to end up in a slag heap in the ground. It’s just bonkers and really sad"

The McCreadies cut out some weekly staples like bottles of fizzy water to reduce plastic consumption. Other times they made things from scratch. “Recently I’d bought a couple of ready-made soups that had been on offer, so instead of doing that I made my own, as I didn’t want to have the plastic carton in my house,” Siobhan says. “Also, while shopping my boys saw a packet of Scotch pancakes and asked if they could have some, but because of the packaging I had to say no. So, I went home and made them some.”
There were other ways the McCreadies reduced their plastic usage during that second week. They avoided buying a whole chicken in a plastic tray wrapped in clingfilm; put plates over leftover food in the fridge instead of using clingfilm; bought whole fruits instead of the versions sold in plastic tubs; and planted herbs from seeds to save buying already-grown pots from the supermarket. Siobhan even eschewed using makeup remover because it was in a plastic bottle.
However, she said cutting out some essential items was just too difficult. “I could have bought a bar of soap instead of handwash that came with a pump. It lasts longer, is way cheaper and is eco-friendly. Yet in the past the boys have ended up dropping it and sliding it around on the floor, plus I don’t like the residue it leaves on the sink. I know it’s ridiculous, and I feel terrible for saying it, but it is such a faff,” says Siobhan. 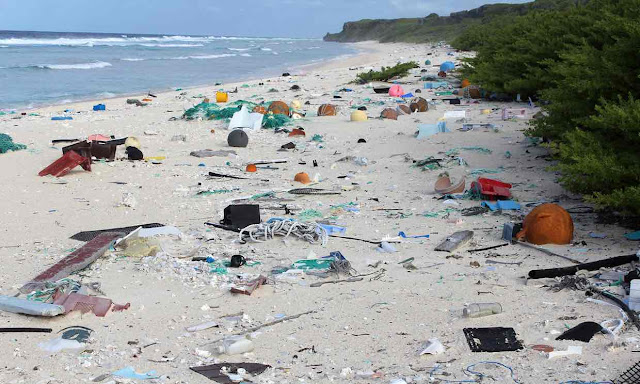 The plastic challenge has been tough, she admits, even for an environmentally conscious family. “I’ve literally been thinking about it all the time. Everything I’ve purchased or eaten I’ve had to check to see which parts of the packaging can be recycled or not. I’ve had to drive to separate places to avoid buying an item wrapped in plastic. It’s been a really time-consuming process.”
All the effort, however, was worth it. Their piles of recyclable and nonrecyclable plastic went down by around a quarter. Yet there were still like-for-like plastic items that were just a lot smaller – such as the clingfilm on the cheese instead of a resealable plastic pouch, or the zip-up grape bag instead of a punnet.
Siobhan says those who live in a town or city may find it easier to substitute plastic due to better facilities. “There are shops in York, such as the one in Fishergate, that have enormous tubs of things like rice, cereal and nuts that you can scoop up and pour straight into your own containers, but supermarkets near me don’t have that facility. So, in order for me to cut out that kind of plastic I’d have to drive to York – and then the eco idea goes out the window.”
Siobhan says she will continue to be more conscious and avoid, where possible, buying items wrapped in or contained in plastic. But she says avoiding single-use plastic completely would be impossible “unless you were to become a full-on hippy who just spends their whole time devoted to this – because it’s a full-time job.”

The Marine Conservation Society’s plastic challenge is not about living completely plastic-free, writes Patrick Collinson.
“These days that would be pretty near impossible,” the society admits. But it says we can all do more to give up single-use products like plastic bottles and bags, or ready meals packed in plastic. It offers a starting pack at Mcsuk.org, and its “How to pack in the plastic” tips include:

• Use soap bars instead of handwash.
• Retailer Lush has plastic-free toiletries including shampoos, conditioners, deodorant and toothpaste.
• Lidl has plastic-free rice and couscous.
• ScoopAway (Bristol) and Better Food sell toilet roll not packaged in plastic.
• Ecover sells five-litre refills of toilet cleaner, washing-up liquid and other household cleaning products.
• Home milk delivery will usually come in glass rather than plastic.
• The ModernHippieShop has recipes and cleaning products with the aim of being plastic-free.
• Use self-scan in supermarkets to put loose fruit and veg into reusable bags. Whole Foods Market sells loose nuts, fruit, muesli and couscous.
• Tea bags contain small amounts of plastic. Buy loose tea instead.

Could you cut out plastic from your weekly shop? One family tried | Money | The Guardian
.
.
.
Posted by Jeremy Woodward at 14:06