A highlight from Sidmouth last year:
Futures Forum: "Greening grey Britain for health and happiness" >>> >>> a sensory garden for Sidmouth

A highlight from Chelsea last week:

With more pollution and flooding in towns and cities, plants and gardens have never been needed more - this RHS garden tackled these pressing problems 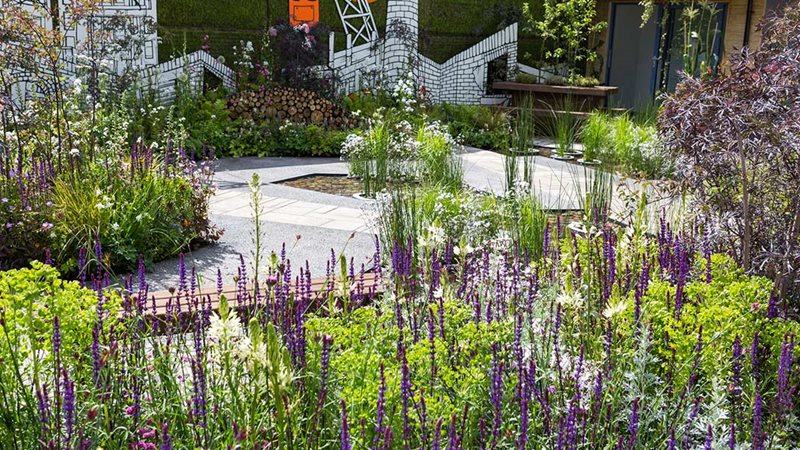 To illustrate the challenges of climate change and rapid urban development, the RHS Greening Grey Britain Garden, at the RHS Chelsea Flower Show, was set within an urban landscape. The garden focused on practical and creative solutions for where space is at a premium, including balconies, and areas on and around the buildings themselves.Designer, Professor Nigel Dunnett, said:

“Gardens and plants are no longer an optional and decorative ‘nice-to-have’, they’re essential. With pollution levels dangerously high in cities and flash-flooding devastating areas of the country, we need to all embrace the fact that plants help mitigate against some of the biggest environmental threats facing us today.”

Nigel used plants that soak-up pollution, as well as those which are drought tolerant, and incorporated water-sensitive design ideas, such as rain gardens and wetland areas to deal with flash flooding. Nigel’s typical ‘low-input, high impact’ planting style was used throughout to deliver a long-lasting, colourful display with minimal maintenance and high wildlife value. The modern garden was full of ecological ideas. 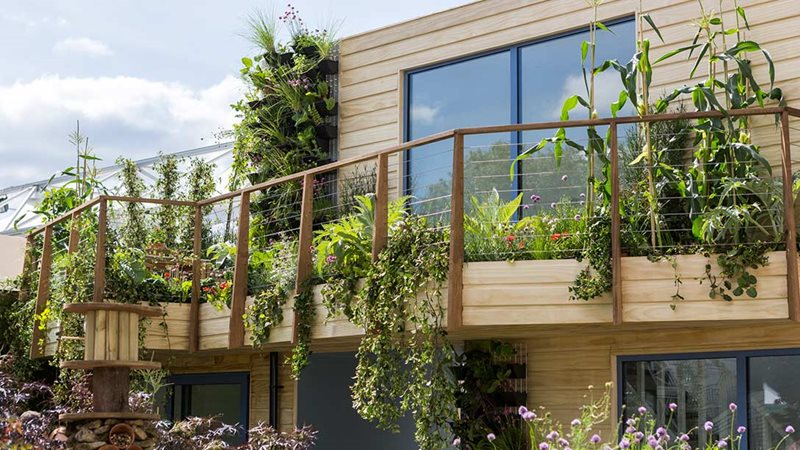 Large, multi-tiered structures which mirror apartment blocks also featured in the garden. These ‘creature towers’ provided a home for a wide range of wildlife such as insects and birds.
The garden was full of inspirational take-home ideas which were directly relevant to home gardeners and community groups, and Nigel used realistic and readily-available materials to make sure that this was an achievable project.Other notable elements include:
Nigel added that:

“We know that gardens and gardening bring people together, and there’s now overwhelming evidence that they make us feel better and healthier. These ideas were central to the design.”

Nigel Dunnet talks about his passion for adding colour to our urban spaces.