After weeks of campaigning, it's now clear that there are only two candidates for the seat in East Devon:
Futures Forum: The general election in East Devon > the candidates, the campaigns > 'a key election for the UK'

And the Western Morning News/Devon Live has a long piece in today's issue:
Who is Claire Wright - the independent candidate who could win in the East Devon Tory heartland? | Devon Live

Hugo Swire is being interviewed by Simon Heffer in Exmouth this evening:
Hugo Swire on Twitter: "Looking forward to Eve of Poll hustings tonight. 7pm at Exmouth Community College. Come along."

Meanwhile, we have global networks reporting on the two-way campaign:

(Although Cllr Wright hastens to add: "I would like to clarify that my position on Brexit is that I back a proper vote in the Commons on a final deal, rather than a yes/no vote, as is currently proposed by the PM." Claire Wright)

Could an anti-Brexit independent unseat the Tories in their rural heartland?

Rural English seats have long been considered safe Tory terrain. But in the southwest constituency of East Devon, one pro-EU independent could be about to challenge that complacent assumption.
Claire Wright, who has run a lively campaign against Brexit and cuts to the National Health Service (NHS), has invigorated the political debate in this oft-neglected corner of the country.
A recent YouGov poll indicates that despite the aging and wealthy demographic, normally inclined to vote Tory, Wright now has a serious chance of unseating Conservative MP Hugo Swire, who has held the seat since 1997. 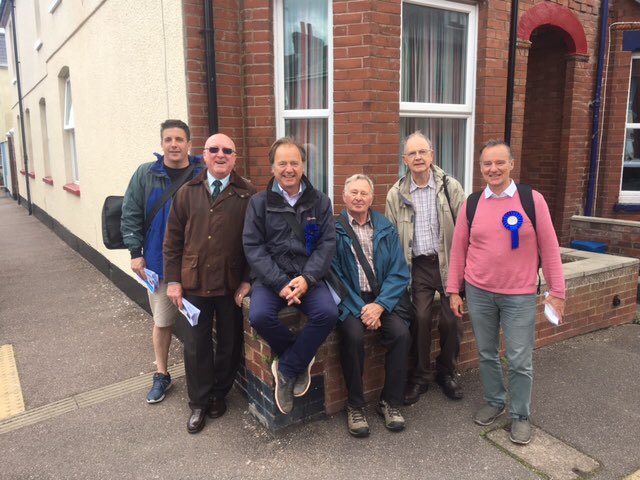 Hugo Swire
✔@HugoSwire
Warm reception in Exmouth Town centre. Even the sun seems to come out in support.

Twitter Ads info and privacy
Swire could be considered the archetypal Tory. Educated at Eton, he is the descendant of multi-billionaire textile barons, a former Guards officer and a former Foreign Office minister who was knighted in 2016.
His emerging rival appears to be rather closer to the grassroots.
Responding to the poll, Swire seemed confident he would retain his seat.

Beth Cordy @BethCordy
It makes me very happy to see so many @ClaireWrightInd signs in my local area, and so few for Hugo. #GE2017#letsmakehistoryinEastDevon

Twitter Ads info and privacy
“Claire has fought an energetic campaign and that is to her credit. But the poll that her team cite has been largely discredited in the media because of its methodology,” he told the Exmouth Journal.
“I know it’s a cliché to say it, but it’s true: the only poll that counts is the one on polling day.”
Swire’s complacency could be his undoing. It’s a lesson he arguably should have learned in the 2015 election when Wright came second with 24 percent of the vote. 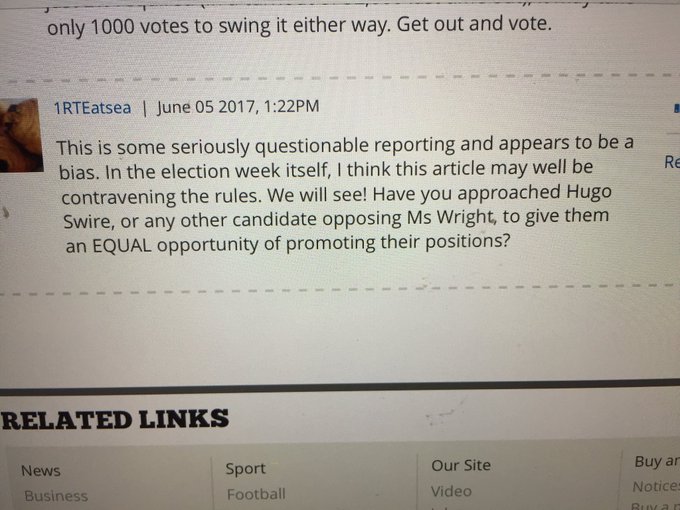 Twitter Ads info and privacy
Wright claims that in recent hustings “people were queuing up to shake my hand, and telling me ‘you’re the only person who has bothered to try to win my vote.’”
The 41-year-old, who previously served as a local councillor, has won the endorsement of the Best for Britain campaign, which aims to get as many pro-EU candidates elected as possible to prevent a hard Brexit.
She has also earned a personal endorsement from Gina Miller, the woman behind Best for Britain and a Supreme Court challenge to the government’s plan to trigger Brexit negotiations without first consulting Parliament. 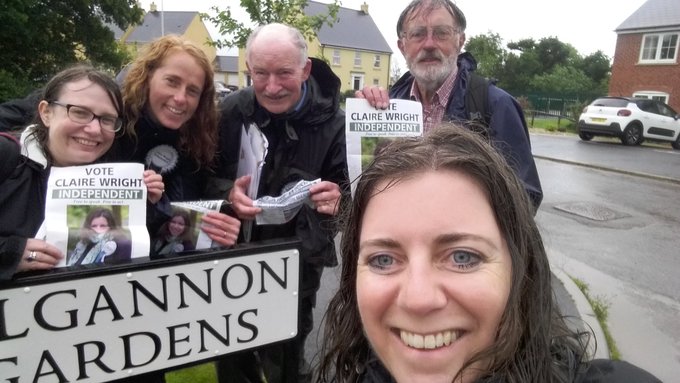 Twitter Ads info and privacy
“I’m delighted to receive this endorsement, which raises my campaign to a whole new level. It’s exciting and humbling to be named alongside experienced national politicians,” Wright said.
“I firmly believe in the democratic right for MPs to be able to properly debate and meaningfully vote on any Brexit deal.
“Again and again I’ve heard from people who are so fed up with the divisive nature of our politics. I’m proud to be an independent and to fight for Parliament to have a say on any Brexit deal.”
Wright has also won celebrity endorsement. Booker Prize-winning novelist Hilary Mantel said: “Don’t waste your vote, give it to Claire Wright: trust a candidate with a clear vision for our unique part of England.”
Wright and her team claim Labour and Green Party supporters have put aside their differences to lobby for her.
They also claim to have motivated apathetic voters who normally spurn polling day.
“There are disenchanted Conservatives, angry that their man did not bother to attend hustings, showing their support,” Wright claimed.
“But more importantly, people who’ve never voted before, young voters, people who abstained last time, are realizing they can be part of a quiet revolution right here in Budleigh Salterton and Sidmouth.
“We’re demonstrating a new way of doing politics that responds to local people and seeks consensus rather than confrontation,” she said.

Could an anti-Brexit independent unseat the Tories in their rural heartland? — RT UK
.
.
.
Posted by Jeremy Woodward at 07:12