Knowle relocation project > fresh evidence in appeal considered - but "the authority will continue to fight the application on the grounds of privacy and the overbearing nature of the proposals."

Earlier this week, a specific piece of evidence from the developers at Knowle was considered:
Futures Forum: Knowle relocation project > planning committee to consider 'impact on loss of light' of proposed development > Tuesday 10th October

As reported by the Sidmouth Herald, this is part of their overall strategy ahead of the Inquiry next month:

Fresh evidence in Knowle Appeal, was considered at special meeting today (Tuesday 10th), ahead of Public Inquiry in November.

The five-day Public Inquiry to be held at Knowle, begins on 28th November 2017.

New evidence for the Appeal submitted by developer, Pegasus Life, can be viewed on the agenda for the Extra Ordinary Meeting of EDDC’s Development Management Committee (DMC) that took place this morning.

Fresh evidence in Knowle Appeal, was considered at special meeting today, ahead of Public Inquiry in November. | Save Our Sidmouth

And here is the report from the Herald following the meeting:

EDDC will not cite loss of light at Knowle planning appeal 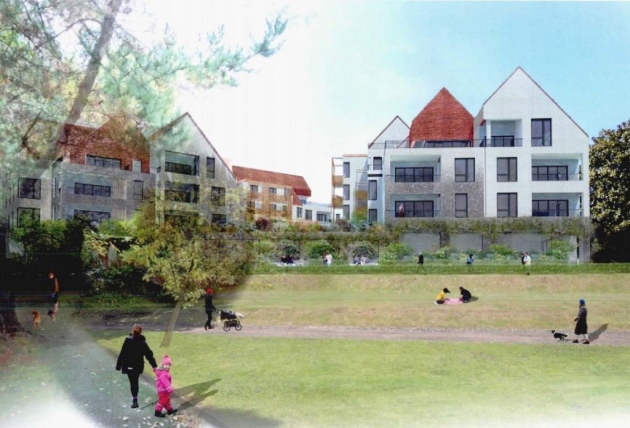 Loss of light will no longer be used as an argument against a 113-home retirement community at Knowle after claims it could undermine the overall case.

Developer PegasusLife submitted new evidence showing there will be little impact on Knowle Drive property Hillcrest in terms of daylight or sunlight.
East Devon District Council’s (EDDC) development management committee members today (Tuesday) voted to follow officer advice and drop it as one of the reasons against granting planning permission.
The authority will continue to fight the application on the grounds of privacy and the overbearing nature of the proposals, among other reasons.
PegasusLife’s evidence was disputed by Hillcrest owners Rob and Sandra Whittle.
Mr Whittle said: “The report says it wasn’t possible to gain access to my home. They made no effort to do so. They are skewing the evidence in their favour. To have not visited Hillcrest is a glaring omission. The statistical findings aren’t credible – sunlight cannot penetrate solid walls. At present we have sunlight and solar warmth throughout the year. This will be severely diminished. Is it fair, right and proper to accept a flawed report?”
He said the result of the development will be a sense of ‘enclosure and oppression’ but the meeting heard these concerns will still be challenged at appeal.
Mrs Whittle added: “The massive, overwhelming effect shouldn’t be underestimated and we cannot concede.”
The couple were told the Planning Inspectorate will likely want to visit their home and reach its own conclusions.
Lawyer Henry Gordon-Lennox said EDDC will be liable to costs if it continues to fight the issue of light without any other evidence, which would be expensive to obtain from an expert.
Councillor David Key said: “This could weaken the whole application. I don’t think there’s going to be much sunlight affected by this new building, therefore I cannot see any justification to not approve the recommendation before us today.”
Cllr Mark Williamson seconded the proposal to avoid the council being put in a ‘vulnerable position’.
The appeal is due to be heard at a five-day public inquiry starting at Knowle on November 28. If approved, PegasusLife has agreed to pay EDDC £7.505million for the site of its current HQ.
EDDC will not cite loss of light at Knowle planning appeal - Latest Sidmouth and Ottery News - Sidmouth Herald
.
.
.
Posted by Jeremy Woodward at 15:24