The latest episode in the excellent series on how humans and creatures, culture and nature, interact takes us off to Africa as the last of the swallows depart these shores:

One swallow doesn't make a summer but it comes close: Brett Westwood explores a much loved and inspirational bird whose own definition of happiness is a field of cow dung.

Mark Cocker is in one such field in Derbyshire; Anders Pape Moller catches breeding swallows in a cow byre in Jutland; Angela Turner tells stories of how we've adored and exploited swallows, Anthony Roberts and Ellie Ness lead a swallow ringing on the Isle of Wight and we hear from Katrina Ibaken as she watches swallows in the Nigerian village of Ibaken. 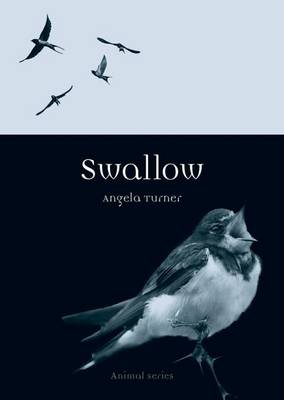 Known as heralds of spring and beautiful, elegant flyers, swallows are among the mostbeloved of familiar birds. Because they return with the spring, swallows have long been associated with the renewal of life, love, fidelity and fertility, while their ability to travel incredible distances has given them associations with freedom and speed.
That freedom, however, hasn’t kept them from becoming familiar figures in villages and towns. Unlike many animals, these birds have benefited from their close relationship with humans. They often appear to seek out our company; barn swallows have taken advantage of our buildings to make new nesting sites and purple martins use backyard nest boxes. However, as we encroach on their natural habitat, some swallow populations have dwindled to the point of extinction.
Bringing together an intriguing mixture of biology, mythology and legend, Swallow is a cultural and natural history that will delight the many fans of these popular birds.
Swallow by Angela Turner from Reaktion Books

We hear from naturalist Mark Cocker:
Nature Studies: No swallows to make a summer in a world without birds | The Independent
Wings of desire: why birds captivate us | Books | The Guardian

We learn that swallows experience Zugunruhe in the last days of summer:


Word To Use Today: Zugenruhe.

Everyone at The Word Den is surely a magpie when it comes to words, and Zugunruhe is a particularly bright and charming find, though admittedly more relevant to migratory martins than magpies.
Zugunruhe is a German noun, which means that technically you have to spell it with a capital letter.
Zugunruhe is the feeling of restlessness experienced before and during a migration period, and it's particularly applied to birds. When their time for migration approaches birds will get very excited (especially around dusk), their sleep pattern will change, and they'll eat everything they can lay their beaks on.
How long Zugunruhe lasts depends on how long the birds' normal migration journey lasts - but even birds that don't migrate seem to feel some sense of Zugunruhe.
Humans feel it, too, of course, when the summer comes - or even at the first signs or even hope of spring.
Hang on, where's that holiday brochure...

photo by Ken Billington of house martins in Austria.
Word To Use Today: Zugunruhe. This word is German. Zug means movement (and also tug, and train), ruhe means calm, and unruhe means restless.

There are some superb blogs and sites devoted to this special bird: 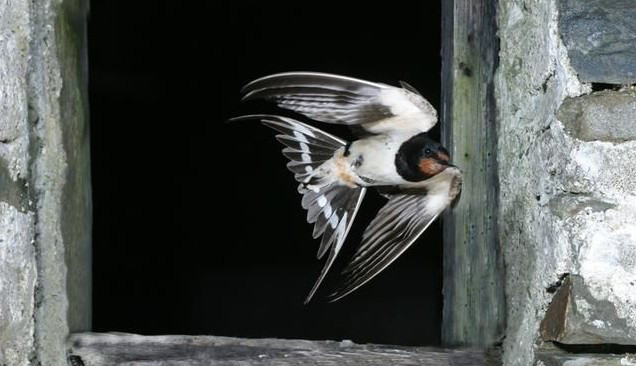 A Single Swallow – That's How The Light Gets In 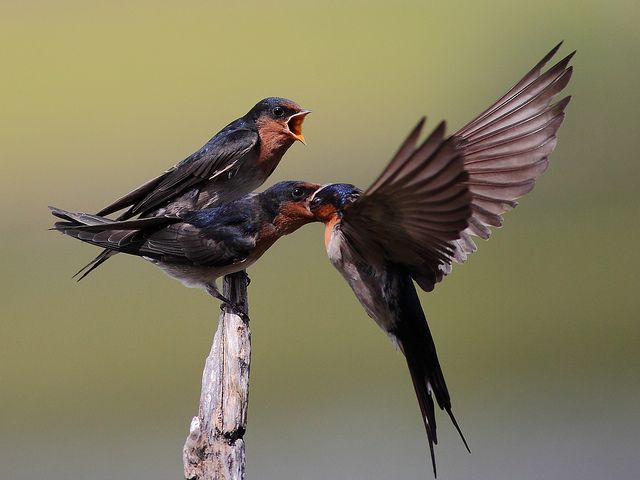