Climate change: the challenge of divesting from Big Oil

But it's not just 'activists' who are involved:
The activist group that Big Oil should be worried about - The Globe and Mail
Futures Forum: Climate change: a growing movement

It's also institutional investors and governments who are getting fed up with Big Oil:


Stop reasoning with the oil majors and sell their shares instead 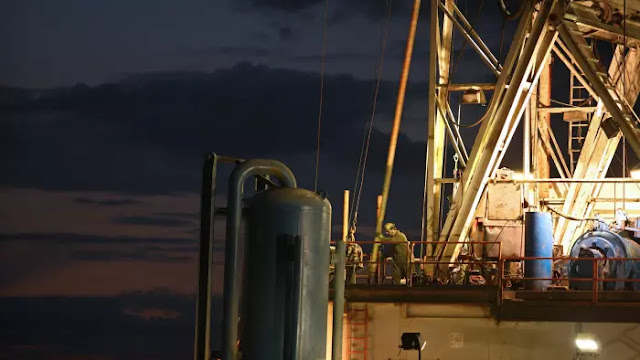 When French insurance group Axa announced it was selling its coal assets in 2015, the question emerged whether rivals including Allianz, Aviva, Zurich and others would divest too. Some did, and some did not.

A broader question also surfaced: would public and private investors now look to sell down all their investments related to fossil fuels — oil, gas and coal? Axa, ING and the World Bank replied that they would.

Norway, a country with significant oil reserves and revenue dependency, has already banned its sovereign wealth fund from investing in coal and is considering whether to drop oil as well. In the US, New York mayor Bill de Blasio wants the city’s $189bn fund — one of the country’s largest — to divest from fossil fuels. “It’s clear by now [that] Big Oil isn’t going to change its stripes; it’s time to stop pretending and start divesting,” he said in January this year.

Perhaps unsurprisingly, fossil fuel companies are resisting these moves. The surprise, however, is that many institutional investors are also resisting divestment. They have opted instead for a strategy of engagement, choosing to talk to companies about their climate actions. BlackRock, Vanguard and New York State’s pension fund are among those that have opted for continued investment and discussions with fossil fuel companies. They argue that shareholder engagement is a superior tactic for pushing fossil fuel companies to move beyond business models based on burning every last barrel of oil.

Yet expecting engagement to change the fossil fuel industry ignores decades of evidence to the contrary.

Last spring, a majority of ExxonMobil’s shareholders defied the company’s board and called for more disclosures on climate risk. Those in the engagement camp were buoyed by the unprecedented vote.

But Exxon sank their hopes. Its climate risk report in February said there was little risk to its business, sidestepped any responsibility for climate change, and offered few solutions. Shareholders had asked the US energy group to investigate how its business would fare if countries agreed to curb emissions sharply. The company responded that there would still be a need for trillions of dollars of investment in new oil and gas production.

Climate change has the potential to have catastrophic effects on the economy and the planet. But it will not affect Exxon’s business model. Even the office of the New York State comptroller, which, along with the Church of England, had co-filed the resolution requesting the climate risk report, expressed disappointment in the report.

Exxon is not the only one. Chevron’s climate change report concluded last week that “most of our assets are competitive” even if laws force emission curbs.

Many investors are regrouping under the aegis of the new Climate Action 100+ to pursue another five-year engagement strategy with the world’s largest carbon emitters. How many more disappointing reports and half measures must these shareholders receive from the fossil fuel industry before they get the message?

Shareholder activism has proved to be an effective tactic when focused on changing an ancillary piece of a company’s business — reforming sweatshop conditions in Nike’s supply chain, for example. But it is the wrong tool to deploy on an industry that must fundamentally change. Any engagement with the fossil fuel industry, short of a demand for managed decline and a halt to new fossil fuel investment, has become financially unsound.

Shareholder engagement proponents say funds will lose money if they divest, yet the opposite is true. The fossil fuel industry does not lead the market any more. It lags behind. Energy was the worst-performing sector of the S&P 500 last year and cumulative returns over the past five years have been abysmal, although these have been driven partly by falling oil prices. The shareholder engagement process increasingly looks like a cynical exercise through which shareholders and fossil fuel companies talk instead of act, the urgency of climate change is denied and real questions of fossil fuel profitability are ignored.

But there is an alternative. Divestment is increasing in popularity both in boardrooms and society, not just because it is the clear ethical choice, but because it is financially smart and consistent with fiduciary duty in an era of growing climate risks.

The time to reason with the oil companies has passed.

The writer is a former first deputy comptroller of New York State and now serve as director of the Institute for Energy Economics and Financial Analysis.

Stop reasoning with the oil majors and sell their shares instead - Financial Times
.
.
.
Posted by Jeremy Woodward at 01:00