Plans for Port Royal: and a successful community buy-out in Somerset


Here's a story of a successful community buy-out:
Eighteen British pubs close every day. Here’s how we saved ours | Steven Morris | Opinion | The Guardian


And it didn't need a huge number of shareholders:
Our Story | The Packhorse, South Stoke, Bath

The Mail covered attempts to save the Somerset pub as a community hub:

It takes a village to save a pub: 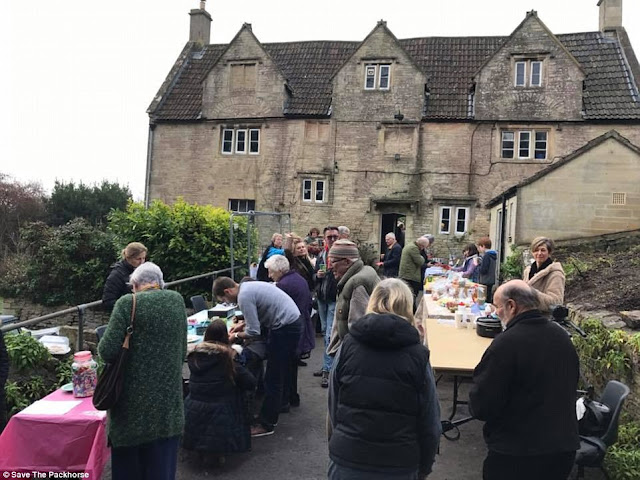 The path back to its former glory has been aided by the locals who frequented the pub before it shut its doors and by volunteers who have staged fundraisers. But the project has also been helped, in part, by politics. The pub’s rescue has been partly down to the Conservative’s 2011 Localism Act, which declared the pub a local community asset.

A 15th-century pub near Bath saved from being turned into flats after residents raised more than £1m has served its first pint after reopening.
Almost 500 residents chipped in to buy the Packhorse Inn in South Stoke, Somerset, from property developers who had bought the tavern six years ago.
Dom Moorhouse, project lead of the Save the Packhorse team, said it turned into the biggest community pub buy-back project in British history. “I think people got stuck in because they wanted to save a beautiful old building, but also because they did not want to lose a place of social connection,” he said.
The pub’s rescue was partly made possible by the 2011 Localism Act, which allows communities to apply to their local council to have a building listed as an “asset of community value”.
If the owner of a listed asset then wants to sell, a moratorium period is triggered during which it cannot be sold. The period gives community groups time to develop a proposal and raise the necessary funds to bid for the property.

More and more pubs are closing every day. Here’s how we saved ours

Read more
In March 2012, the Packhorse Inn was first put up for sale by Punch Taverns and sold to the highest bidder, who revealed plans to turn it into a residential property.
But the village formed a committee with the aim of buying the pub back, and the act allowed them a period of time to gather funds.
The law allows a council to deem a building to be an a “asset of community value” if it is or was used to further the wellbeing or social interest of the local community.
Volunteers spent about 1,000 hours clearing out the pub’s garden, and 25 skips of rubbish were removed from its interior.
Sunday’s reopening was welcomed by dozens of villagers including Brian Perkins, 87, who poured the first pint. He was born there when it was run by his family, and he had his wedding reception there with his wife Edith, 88.
He told the Daily Mail: “I was very sad when the pub closed a few years ago. I would go to the pub every Sunday up until then. It was an honour to be asked to pour the first pint – a last bit of fame in my old age.”
Moorhouse said he hoped the Packhorse would inspire others. “We’ve proved to local communities across the country what is possible and we’d love to see similar successes elsewhere. It’s been hard work but worth the effort. It’s brought together so many people across the generations.”
Pub saved by locals serves first pint after reopening | UK news | The Guardian
.
.
.
Posted by Jeremy Woodward at 11:37