Xylophilia: the magical spaces of the wood @ Radio 4

Today's Start the Week takes us into the woods: 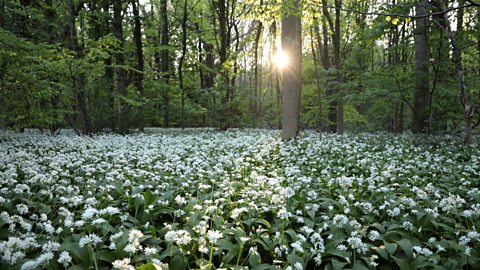 In Praise of Passion

We are drawn to wildness and disorder, argues historian Bettany Hughes. She tells Andrew Marr about the attraction of Bacchus, the god of wine and fertility, and the subject of a new BBC Four documentary.Bacchus (also known as Dionysus) has been a symbol of excess ever since Roman maidens fled to the woods and drank wine in his name. Hughes follows the Bacchic cult through history, and argues that chaos has been as important to civilisation as reason and restraint.

The wood - scene of so many Bacchic revelries - comes to life in nature writer John Lewis-Stempel's new account, The Wood: The Life and Times of Cockshutt Wood. Through poetry, folklore and his own observations he asks what it is that draws us to magical spaces.

Today we revel in feelings of joy and wonder, but feelings themselves are a surprisingly modern invention, says cultural historian Rachel Hewitt. She looks back at the 1790s, the decade when men and women of learning first began to take emotions seriously. Hewitt explains how an Enlightenment interest in reason led us to explore our own chaotic moods.

There are Bacchic scenes in the music of Debussy, as biographer Stephen Walsh shows in a new study of the French composer. Away from his piano Debussy had to battle professional vendettas, but in pieces such as Prelude to the Afternoon of a Faun, Debussy created a world of rich woodland scenes and musical intoxication.

BBC Radio 4 - Start the Week, In Praise of Passion

John Lewis-Stempel's "The Wood: The Life and Times of Cockshutt Wood" is Radio 4's Book of the Week over the next fortnight, starting today:
BBC Radio 4 - Book of the Week, The Wood, Episode 1

The Mail has a review:


NATURE
THE WOOD
By John Lewis-Stempel (Doubleday £14.99)
Xylophile is the correct word for a lover of woodlands.
Historian, naturalist and farmer John Lewis-Stempel admits he ‘came late to woods’, but succumbed to a delirious xylophilia during the four years he managed Cockshutt Wood in southwest Herefordshire, which he describes as ‘three-and-a-half acres of mixed woodland with a secluded pool where the winter moon lives.’
This lyrical book is the diary of his last year at Cockshutt Wood. It begins in December: a ‘minimalist, milk-toned’ month. The hedgehogs, toads, frogs, snakes and insects with whose activities Lewis-Stempel enlivens later pages are all hibernating. Instead he watches the gaudy cock pheasants ‘samurai bowing’ at each other and brings his pigs to rummage for goodies among the leaf litter. 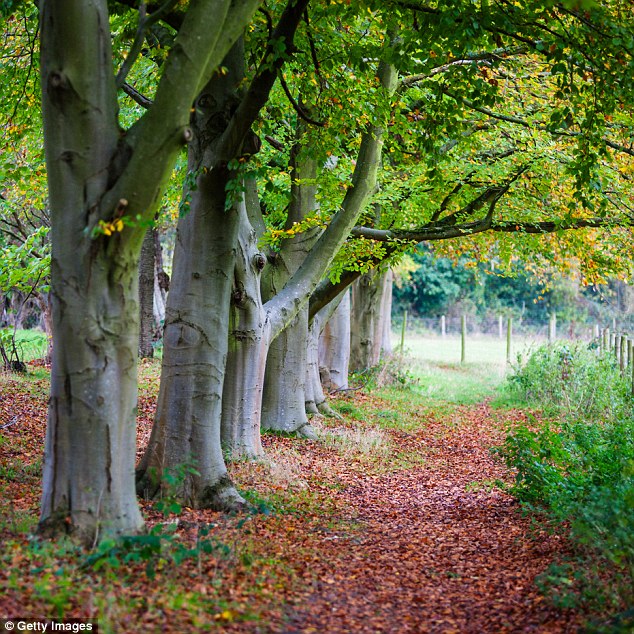 +2
The Wood is the diary of John Lewis-Stempel's last year at Cockshutt Wood. Stock image
As a farmer, Lewis-Stempel is keen to remind readers that although the woodland is no longer part of modern farming, historically, its bounty sustained livestock through the winter. Holly would have been ground up for cattle fodder, hawthorn was cut for the sheep and pannage — the traditional practice of releasing pigs in woods — was widespread.
Indeed, according to the Herefordshire Domesday Book, not much else mattered locally. ‘There was woodland there for 160 pigs, if it had born mast [fruit],’ runs the entry for Pembridge. Lewis-Stempel’s mother’s family held the pannage rights up the lane in the Golden Valley until 1600. Today, he is funny and tender about his pigs and their jolly, rootling expeditions. His favourite sow, Lavender, smells of freshly-ironed linen. They’re always escaping. When a woman calls the farm to ask if his pigs are free range he replies: ‘Madam, they are practically wild!’
Historically, pannage served a dual purpose, providing food for the pigs and tidying up beech nuts and acorns which can be poisonous to cows and horses.
Later, Lewis-Stempel forages along with his pigs. He shares his recipes for wild garlic dolmades in April, elderflower champagne in June, mushroom pate in August and chestnut soup in October.
It’s not all cosy. Lewis-Stempel often goes armed into his sanctuary. ‘Carrying a gun concentrates the naturalist’s mind, sharpens the senses,’ he writes. On one occasion he reluctantly takes his son to execute a pair of Canada geese which have made their home on his beloved pond. 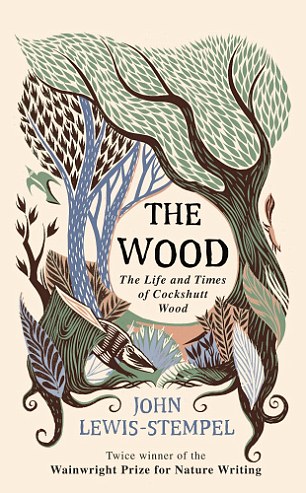 +2
THE WOOD By John Lewis-Stempel (Doubleday £14.99)
The birds have attacked frogs, moorhens and mallards. He takes out the gander with one shot and expects the goose to fly, but she stays by the floating corpse of her mate. ‘Is it love? Loyalty?’ he asks. ‘Dead on the water, the Canadas float on their backs, and when the wind blows them towards us they are as menacing as pillows.’
As so often throughout his work, Lewis-Stempel turns to poetry for company and consolation.
On the day he kills the geese he remembers Robert Frost’s line: ‘Pairing in all paradises ends.’
Elsewhere his love of language finds him unearthing forgotten, regional words for wild things. In Olde Hereford, a rabbit was a clover snapper, a small twig was a yimp and a thrush was a Mavis.
He’s brilliant on birds and their habits, enjoying the company of blackbirds as they squawk round the wood ‘like outraged ayatollahs’.
When he shoots pheasants for his table, they fall ‘like comets’. Cockshutt got its name from its game after all: cock for woodcock, shutt for trap.
Lewis-Stempel’s research sends him roving back deeper in time, to 2000BC when the ancient Egyptians imported all their ash from Europe to make wheels. In the new millennium he is planting ash saplings in the hope that some will resist the ash dieback that is biting into Britain’s 80 million ash trees.
The farmer ends his diary in November, with a murmuration of 90 jackdaws swooping through ‘leaf-stripper’ winds above him and a cup of acorn coffee warming his hands.
When his tenure of Cockshutt is up he finds the parting more painful than he had imagined. ‘I thought the trees and birds belonged to me,’ he writes. ‘But I now realise I belonged to them.’