"The Wood for the Trees" > SVA lecture: Weds 14th March

The Wood for the Trees – a long view of nature from a small wood.
Speaker – eminent paleontologist, and natural historian Richard Fortey.
After the lecture Dr Fortey will be signing copies of his books.
Admission £3 to include tea/coffee.
Arranged jointly by the SVA and the National Trust Sidmouth Centre. 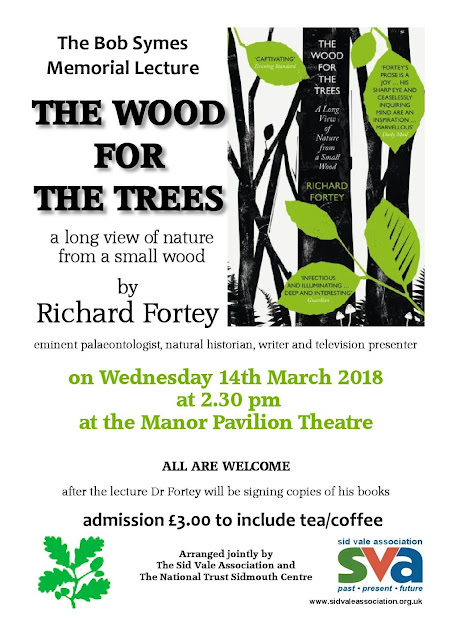 Here's the book review from the Guardian: