Council tax should be replaced by a land value tax

Property values are going up:
Futures Forum: We cannot rely on rising property prices to keep the UK economy going

But they are not reflected in taxation:
Futures Forum: Land Value Uplift Tax >>> >>> "Public investment on or near a piece of land significantly increases its value wherever you are."

In which case, council tax has come to look more like the poll tax:
Council tax is ‘unfair as its predecessor’ | Business | The Times

So says the Resolution Foundation today:

Council tax is no longer fit for purpose and should be replaced with a system that is fairer both across and within generations, says Adam Corlett of the Resolution Foundation.
What is Britain’s most badly designed tax? A leading contender has to be council tax.
It’s a tax based on 27-year-old house valuations, but this isn’t even the biggest problem. Council tax would bear little relation to property values even if it were revalued. Typical council tax bills for the most expensive homes are only three times as high as for the cheapest.
By contrast, the typical values of those top homes were nearly seven times as high.
This lack of variation in tax bills is compounded by regional differences that mean tax rates tend to be higher in poorer parts of the country. As The Economist puts it, “Buckingham Palace attracts a council-tax bill of £1,400 a year, around the same as some flats in Bradford.”
Its failure as a property tax meant that council tax did little to keep the housing market stable or help tax housing wealth increases in the 2000s. And its regressive nature means the tax now falls hardest on younger and poorer people, who are most likely to live in lower value homes that are proportionally over-taxed. What’s more, although the UK’s other property tax – stamp duty – is more progressive, it is accepted as being bad for the housing market through discouraging people from moving.
Council tax is now far too close to the poll tax it was meant to replace. At the same time, an ageing population is set to put further strain on the public finances, with more funding likely needed for health and social care.
So far, some additional money has in fact come from hasty increases in council tax. But we may be approaching a point where even more significant tax increases are needed – and a complete replacement of council tax could kill many birds with one stone: raising revenue in a way that is fair both across and within generations.
A full replacement tax could be proportional to value – for example a charge of 0.5% of value per year. Or it could adopt a more progressive structure – akin to the one we have for income tax – with a tax-free allowance per property and higher tax rates for the most valuable properties.
And we should aim for annual revaluations – a relatively easy (and useful) task in today’s data-rich world and one accomplished without fuss in many other nations. International experience also suggests that the UK is unusual in making tenants pay property tax rather than landlords, and we should look to develop an infrastructure for allowing the deferral of tax for cash-poor but asset-rich groups.
As council tax is currently so unfair, our new Resolution Foundation report suggests reform would leave a large majority of people better off even while raising enough cash to cut unpopular stamp duty, increase funding for health and social care and reverse government cuts to council tax reduction schemes.
It is not a simple task to balance fairness, regional differences (particularly London’s high property values) and local democratic control over taxes. But nor is reform impossible. And with property taxation devolved to Wales and Scotland, there are multiple opportunities for a replacement to council tax to emerge.
If politicians don’t face up to the need for major property tax reform, funding gaps will need to be filled in other ways, and the outdated poll tax risks trundling on for years to come.

With a report from the Guardian:

Council tax is an outdated and regressive levy on households that should be scrapped in favour of a progressive levy on property, according to a report by the Resolution Foundation.
The thinktank said council tax had become almost flat-rated in some areas to leave it resembling the much maligned poll tax of the early 1990s.
With bills about to jump by almost 6% from next month in many parts of the UK, the government should consider far-reaching reforms or a replacement of the main tax on property before it became discredited and fuelled public resentment, the report said.
Laura Gardiner, principal researcher at the foundation, said the unpopular community charge, which was more commonly known as the poll tax, was considered a failure and abolished in 1991, “in large part due to the unfairness of a flat rate tax where families generally paid the same amount irrespective of the value of the property they lived in”.
She said analysis showed that council tax has “only a very weak link to propertyvalues” that meant it was “highly regressive”.

Council tax should be fair and progressive. Ours is neither

Patrick Collinson
Read more
“Someone living in a property worth £100,000 pays around five times as much council tax relative to property value as someone living in a property worth £1m. This is exactly the kind of result that opponents of the poll tax wanted to avoid and in stark contrast to income tax, which increases with incomes in a progressive way so higher earners pay a higher average tax rate,” she said.
There are eight council tax bands that determine annual charges. All the bands are based on 1991 property prices following the failure of successive governments to sanction revaluations.
The highest band (H) is for homes valued at £320,000 and above, despite the average London houseprice now being more than £480,000. Purbeck district council in Dorset will charge band H homes £3,747 from April while Wandsworth council in London, which hosts some of the most valuable homes in the UK, will charge £1,433.
The foundation said ministers should consider replicating the 2017 reforms implemented in Scotland across England and Wales, which involved increasing council tax rates in the top four bands and generated a little over £1bn.
An alternative reform would be a “mansion tax” surcharge of 1% on the value of properties worth more than £2m and 2% on the value of properties above £3m, which would also generate just over £1bn.
A broader overhaul could involve a switch to a 0.5% charge on all properties that would result in a £100,000 home in Newcastle being charged £500 a year and a similar sized £1m home in London charged £5,000 – a £3,000 increase on current charges. 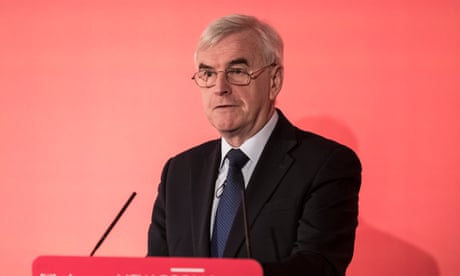 Read more
Earlier this year Labour’s Andrew Gwynne suggested his party could scrap council tax and replace it with a “radical” new system for funding local government.
Without giving details of planned changes, Labour’s shadow communities secretary said: “Council tax is broken. It is not fit for purpose.”
In Labour’s 2017 election manifesto it hinted that council tax could be scrapped in favour of a tax on land that would target some of Britain’s richest families.
Sajid Javid, the communities secretary, has so far shown little appetite for reforming council tax. Critics of the current system say most reforms are blocked by households in expensive properties that live in areas of the country dominated by Conservative MPs.
Scrap 'highly regressive' council tax, says thinktank | Money | The Guardian
.
.
.
Posted by Jeremy Woodward at 15:59

Thanks for sharing your views!
Your arguments are pretty solid