Sidmouth in Bloom has been incredibly successful, bringing prestige to the 'top small coastal town' in the UK: 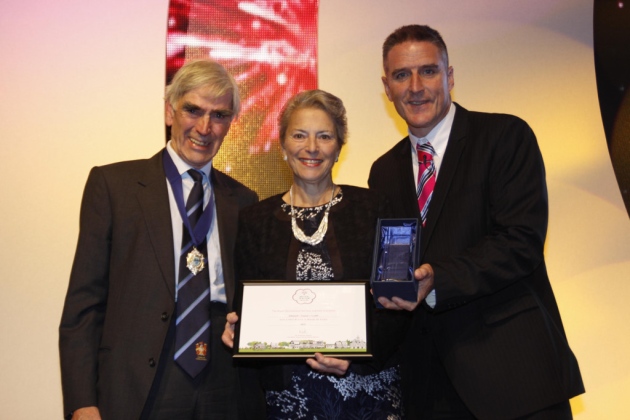 And once again, the Royal Horticultural Society has been handing out prizes to Sidmouth:

South West in Bloom is one of eighteen regional/national competitions that make up Britain in Bloom, the biggest horticultural campaign in Europe. Communities that take part each year aim to improve and regenerate their local environments

Two East Devon seaside towns are celebrating recognition for horticultural excellence by winning prestigious regional awards. Sidmouth and Exmouth have both been awarded Royal Horticultural Society (RHS) South West in Bloom Gold awards. The accolades are the result of hard work by East Devon District Council’s StreetScene teams, Sidmouth and Exmouth’s town councils, local volunteers and businesses.
At the 2017 RHS South West in Bloom Awards, Sidmouth won Gold in the small coastal town category and also won the Sargents Cup for being the best nominee in this category. This award followed the town’s Gold in the 2016 South West Champions of Champions and several discretional awards for Best Business, Best Use of Indigenous Plants and Best Sea Side entry.
Sidmouth went on to further glory at the RHS Britain in Bloom National Awards by winning Gold and best in category for small coastal towns in the UK. This means that Sidmouth came top of the list for all small coastal towns in England, Scotland, Wales, Northern Ireland and the Channel Islands.
At the National Awards Sidmouth was also nominated to take part in the 2018 UK Champions of Champions together with five other class winners, from large villages to small cities.
Exmouth was also a Gold award winner in the small coastal town category of the RHS South West in Bloom Awards and was the recipient of the Michael McGahey trophy for outstanding community effort.
East Devon District Councillor Tom Wright said: “It has been an amazing year of horticultural achievements for Sidmouth and Exmouth. I am delighted that the hard work and dedication of our StreetScene teams, together with the town councils and volunteers of both towns has been recognised.”
Mr Wright said he hoped the achievement would bring ‘great prestige’ to Sidmouth and enhance the town’s heritage.
He commended the ‘outstanding dedication and hard work’ of StreetScene teams, town councils, volunteers and businesses, in achieving the awards.


Sidmouth in Bloom is recognised for its horticultural success | Latest Sidmouth and Ottery News - Sidmouth Herald
.
.
.
Posted by Jeremy Woodward at 16:10