A very interesting programme on this evening's Radio 4:

Are plants rather cleverer than once thought?

Scientists from around the world are claiming that plants cannot just sense, but communicate, learn and remember.
In an experiment in Australia, plants appeared to learn to associate a sound with a food source, just as Pavlov's dogs linked the sound of a bell with dinner.
In Israel they've found that plants communicated a message from one to another, and that the information was then used to survive drought.
In British Columbia and the UK researchers have shown that trees pass information and nutrients to each other through an underground fungal network. This even happens more with closely related trees or seedlings than with strangers.
And in California it turns out that sagebrush shrubs have "regional dialects"!
Botanist James Wong explores these findings and asks whether, if plants can do all these things, and if, as one scientist says, they are a "who" and not a "what", then is it wrong to eat them?

Six reasons plants are cleverer than you think

In Is Eating Plants Wrong? botanist James Wong discovers that plants are capable of things that used to be thought the preserve of animals, or even humans. He speaks with plant scientists from around the world whose research has led them to conclude that plants can communicate, learn, and even remember. Some even go as far as to say plants are intelligent. 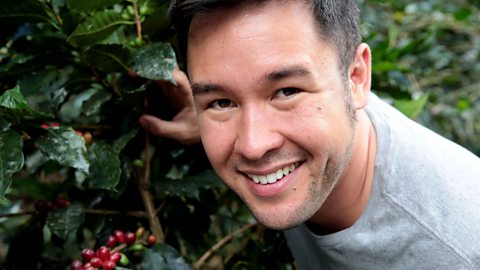 Plants can communicate by emitting scents called volatile organic compounds through the air. These scents are picked up by other parts of the same plant, or by neighbouring plants, who then react to them, change their defences, and as a result receive less chewing damage from the different insects that nibble their leaves.

So if a leaf is being eaten by an insect or a caterpillar, the plant releases a warning scent, which nearby leaves pick up, and act on by emitting a different compound to repel the insect, or to attract predators of the nibbler like birds or wasps to come and eat it.

Professor Rick Karban of the University of California at Davis found that sagebrush shrubs are more effective at communicating with neighbouring plants, than with those growing over two hundred kilometres away. The sagebrush plants use different regional dialects for communication!

In a scientifically rigorous experiment, they found that the southern sagebrush shrubs did not respond to cues from their northern cousins as much as to those from southern plants, and vice versa. The shrubs don’t seem to understand their distant cousins as well as their neighbours. Professor Karban and his team were able to measure and confirm this by using both northern and southern sagebrush clippings in both northern and southern locations, to make sure it’s actually the dialect that’s different, and not the topic of conversation, as it were.

3. Plants can learn to associate a sound with “food” (a light source) like Pavlov’s dogs

The Russian scientist Ivan Pavlov famously found that his dogs learned to associate the sound of a bell with the arrival of food. He would ring a bell before serving them their meal, and the animals came to salivate at the mere sound of the bell, before dinner was dished up.

Dr Monica Gagliano of the University of Western Australia tried a similar test with pea seedlings and found that the plants did indeed learn to associate sound with food! The plants learned to make an association, remembered it, and acted upon it. Which led Dr Gagliano to ask, “who is making the choice?”. “Who”, not “what”!

How these peashoots make decisions
Dr Monica Gagliano of the University of Western Australia explains.
How plants communicate

4. Plants can play Chinese whispers and remember the message

Plants can communicate through substances they emit through their roots, as well as through fragrances sent out from their leaves. And if potted in a row, sharing roots in each pot, they can play Chinese whispers. They can pass a message from the first root of the first plant down to the last plant in the same row of pots. And they can remember the passed-down message, and act on it when necessary!

Trees can share nutrients, and do that more with kin, than with unrelated trees. In any given patch of forest, the trees are all connected to each other through an underground fungal network, with fungi linking the trees’ roots in a symbiotic system called mycorrhiza. A pioneer of this aspect of plant science, Prof Suzanne Simard, has dubbed this the “wood wide web”. She has observed that trees pass both information and nutrients to each other through the mycorrhiza.

What’s more, they can distinguish between related and unrelated trees, and, for example, send more carbon to their kin than to strangers! It seems to be that trees really do have a preference for sharing with kin, and that it’s the tree making that choice, not the fungus. Dr Brian Pickles of the University of Reading, who collaborates with Prof. Simard, tested this on tree seedlings. He potted them together with both full siblings and unrelated seedlings. In a lab, not a fungus-rich forest soil. And indeed the siblings shared more with each other than with the strangers! The difference was small, but potentially enough to tip a seedling from the dying category into the surviving category. 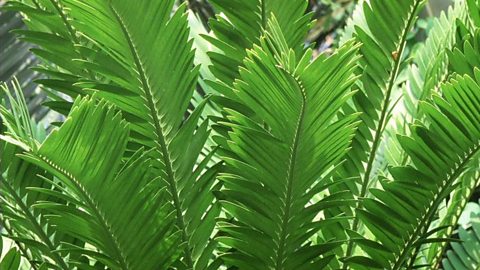 6. Plants can sense more than we can

Plants don’t have brains, and yet without brains, and without neurons even, they can do many things that we need brains and sensory organs for.

Listen to Is Eating Plants Wrong? with botanist James Wong to learn more.