Six months ago, there was movement on the idea for a Jurassic National Park:
Futures Forum: Dorset National Park proposals to be considered - minus East Devon
Dorset positive about national park – we can’t join up as Diviani doesn’t want to lose control of assets | East Devon Watch

The Telegraph reports on the possibility of more national parks happening: 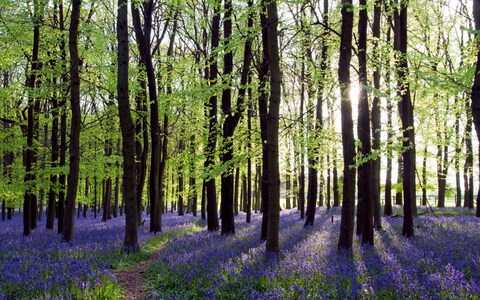 Anew generation of National Parks could be created under Michael Gove’s plans for a “Green revolution”, The Telegraph can disclose. The Environment Secretary is announcing on Sunday a sweeping review of the country’s protected landscapes, 70 years after the designation of the first National Parks. The review, to be conducted by a panel led by Julian Glover, a former Downing Street adviser, “will look at both extending existing sites or creating new ones”, Mr Gove’s department said.

But there is mounting pressure from within East Devon:

Cllr Geoff Jung who is Ward Councillor for Raleigh Ward that includes several rural villages including Collaton Raleigh, Otterton, Bicton and Yettington and most of Woodbury Common that are all within the “Area of Outstanding Natural Beauty” of East Devon has written to Cllr Thomas asking for his and full council support in creating a Jurassic National Park to cover the length of the Jurassic Coast from Poole Harbour in Dorset to Exe Estuary which would include Woodbury Common and the villages he represents.

This is because a few years ago the Council discussed the concept of creating a joint Dorset and East Devon National Park which they considered neither appropriate or achievable.

However, Cllr Geoff Jung points out that since then a lot has changed as the District Council is now working with Exeter, Teignbridge and Mid Devon Councils with the Greater Exeter Strategic Plan, to provide for extra housing and commercial development in the Greater Exeter growth area it would now make sense to open a dialogue with Dorset and the Government.

To the Leader of East Devon District Council.

(An open Letter to the leader of East Devon District Council)

Michael Gove the Environment Secretary has stated today (27/05/2018) plans for a new “Green revolution”, with a possible new generation of National Parks and changes to the boundaries to our Areas of Outstanding Natural Beauty (AONB).

This review is our one opportunity in East Devon to protect and enhance our beautiful area!

Within East Devon we have the Pebblebed Heaths (commonly known as Woodbury Common) and the Blackdown Hills designated as AONBs. We also have the World Heritage Jurassic Coast which covers the coast line area from Exmouth through to Lyme Regis in Dorset, and the Exe Estuary which is a most important habitat being designated a SSSI and RAMSAR site.

The review is to be conducted by a panel led by Julian Glover, a former Downing Street adviser. They will look at both extending existing AONB and National Parks or possibly creating new ones.

Mr Gove says the review will consider landscapes such as the Chilterns and South Devon Areas of Outstanding Natural Beauty (AONB) to join the list of 10 National Parks.

It should be noted that Mr Gove mentions South Devon which may not include our own district but would possibly include the “South Hams” only.

It is well known that National Park status “provides safeguards at the highest level “In most National Parks the decisions on planning matters are dealt with through the “National Park Authority.” However, in the recently formed South Downs National Park, the Local Authority administer the planning process, on behalf of the National Park.

I understand that Dorset and East Devon were in discussions a few years ago regarding a “Jurassic National Park” which would cover the coast line of the Jurassic Coast and the hinterland of some of East Devon and Dorset including the areas of AONB in each area. However, I understand that the proposals were not considered appropriate at that time.

I understand from colleagues in Dorset that they are now considering applying to Mr Gove to designate the Dorset area of the Jurassic Coast from Poole Harbour to Lyme Regis to be included in a National Park.

This very important review of the AONBs and National Parks could mean that with the current policy of EDDC we may find ourselves having a new National Park in Dorset and in the South Hams but none in our area!

This would be a travesty in East Devon considering that one of the Jurassic Coast`s most important areas is the undercliff between Lyme Regis and Seaton and we already have the Pebblebed Heaths and the Blackdown Hills.
The loss to East Devon’s Tourist trade and the exclusion of funding and grants that will be allocated to the new National Parks would mean our area lose out on a once in a lifetime opportunity for protecting our beautiful unique landscape.

East Devon District Council is discussing with their neighbours in the west (Exeter, Teignbridge, Mid Devon Councils) a plan development. The GESP (the Greater Exeter Strategic Plan) is looking at the “Growth Area” for possible expansion of housing and commerce within the confines of commuting distance of the main driver which is the growth of the City of Exeter.

However up to now our dialogue with our eastern neighbours has resulted in a negative response to a joint National Park.

I would strongly support that we endeavour to work with our growth point neighbours to the East but at the same time discuss with the National Park Panel and our Dorset neighbours to plan a balanced and unique area of managed economic growth to provide the required housing, infrastructure and commerce, and at the same time expand the AONB designated areas and strive for a joint Jurassic National Park that would include the most important natural areas in our district.

East Devon is about to be placed at a crossroads, do we ignore our wonderful and unique selling point which is our countryside and only concentrate on growth or do we aim to deliver on both these important issues?

This issue most not become a Party-Political tool, but be endorsed by all the parties and independents at East Devon District Council.

I therefore ask for your support and urgent consideration.