Here is the press release today from the Dorset National Park campaign group:

The Dorset National Park Team welcomes the statement by Michael Gove, Secretary of State for DEFRA, that the Government’s review of designated areas to be led by Julian Glover will consider whether more national parks are needed. A Dorset National Park was first proposed along with others which have subsequently gone ahead in a Government report of 1945. For reasons specific to the time it was not then progressed. But now there is cross-county and cross-party support for conserving and enhancing a landscape that includes the World Heritage Jurassic Coast, inland Ridgeways and the area of Thomas Hardy’s novels.

A Dorset National Park would be at the heart of southern England, next to the largest non-industrial conurbation in the country – Poole/Bournemouth – and within easy public transport reach of London, the South East, Midlands and Bristol. The Purbeck area of Dorset has the greatest biodiversity of any area in the country. But Dorset’s landscape, heritage and wildlife need to be safeguarded and enhanced. A Dorset National Park would work in partnership with its communities, councils, landowners, farmers and businesses to ensure its communities thrive and are sustainable.

We look forward to working closely with Julian Glover in his review.

A couple of warnings in yesterday's letters page in the Guardian, though:


National parks are more than natural 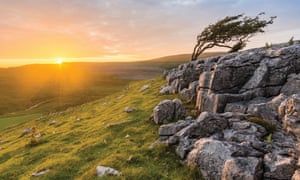 • Michael Gove should develop and support the people who live and work in areas with poor-quality green infrastructure. While supporting and developing statutory designated sites is laudable, it is unlikely to offer direct positive benefits for urban and suburban dwellers not within easy access of such sites. Biodiverse habitats are not restricted to statutory designated sites and should be developed and nurtured as community assets providing recreation, education, physical and mental health benefits, and climate regulation. Failure to develop and set aside green spaces in our towns and cities shows the unwillingness of public authorities to invest in spaces which do not give an easily quantifiable cash return, despite progress in including natural capital assets in an economic framework.
Ann Sharrock
Stockport

National parks are more than natural | Letters | Environment | The Guardian
.
.
.
Posted by Jeremy Woodward at 15:18