A solution to our housing problems: 'alternative housing'

Thanks to the Arthur Rank Centre for spotting this piece from yesterday's Guardian:
RuSource

Struggling with a chronic shortage of affordable homes, councils are now looking at less conventional ways to ease the pressure on waiting lists 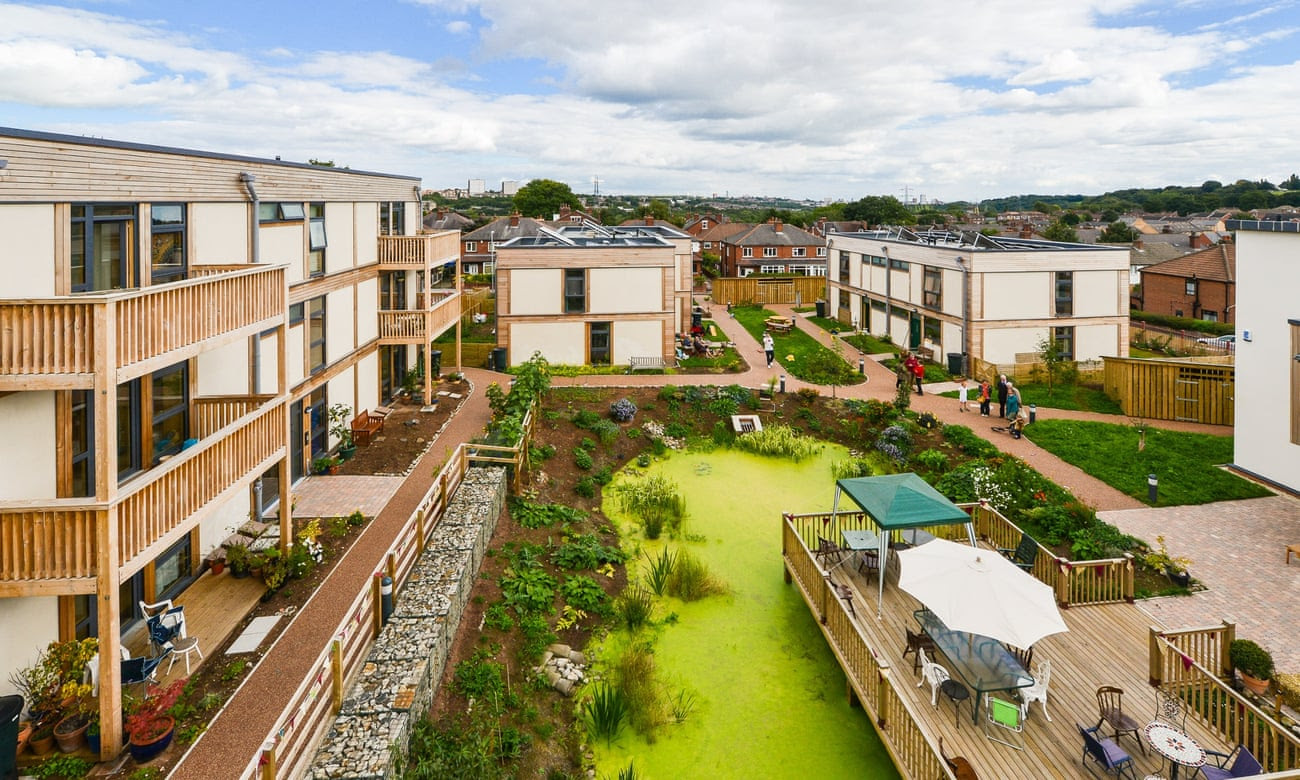 In Leeds, collaboration between a local co-operative and the council saw 20 affordable straw bale homes built on what was previously council-owned land. Photograph: Modcell


It is rush hour on the main road, but down the small turning where I live children play freely outside in the street. Adults sit around a picnic table planning a big street tidy session for the weekend. The close was built in the 1980s as part of a progressive self-build social housing scheme led by visionary architect Walter Segal and Lewisham council. The homes are now all privately owned, bought by the residents under the right to buy scheme, but the community spirit stemming from their origin remains.
The Segal self-build houses are the first stop on a tour of alternative housing run by the London School of Economics. The group are visiting different types of homes in Lewisham, south London. The next stop will be artists’ live/work units and then an older co-housing project in a Victorian mansion.

The visit brings together academics, residents, housing providers and local authorities to consider whether alternative housing can offer a serious solution to London’s housing crisis.
The term “alternative housing” may suggest a utopian or hippy lifestyle with little relevance. But with the severe lack of affordable housing in London there is a growing interest in exploring different types of accommodation to traditionally renting or buying your home.
According to the LSE definition, alternative housing can emerge from a social goal, such as self-build, co-housing, and eco-homes, or technological innovations such as micro-homes and flat-pack units.
Dr Melissa Fernández Arrigoitia, a research fellow and the programme co-leader at LSE, explains: “The housing crisis has shown that there are real limitations with traditional market-driven models and there is a real desire from a lot of people to have more control over the way that they live.”
The project wants to engage with local authorities that may be unsure of how to deal with alternative housing proposals. Fernández Arrigoitia says: “There are still considerable barriers to self-assembled groups developing their own homes. Community groups often don’t know how local authorities work and don’t know how to sell the idea to the borough. The two sides may have different views on what counts as affordable or sufficient space.” 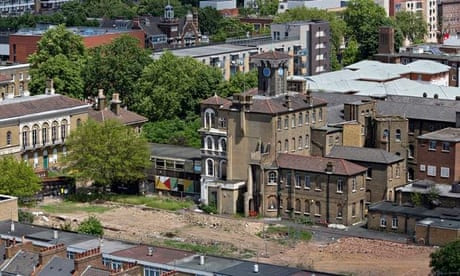 Could community land trusts offer a solution to the UK's housing crisis?

Read more
One barrier is the lack of shared knowledge: “Often the loss of council staff means that where a borough does have experience there is no institutional memory of it,” she says. “Local authorities would benefit from looking at Europe. There are hundreds of co-housing groups in the Netherlands and the government actively subsidises it as a real option for people to choose.”
Lewisham has a strong track record in this field. There are at least 10 self-build schemes in the area. In the 1970s and 80s the borough pioneered the self-build schemes of Segal. The borough has two streets named after the German-born architect, Walters Way and Segal Close, names chosen by the residents.
Last year the YMCA, with the help of Richard Rogers’ architecture practice, unveiled the Y:Cube – a small, self-contained one-bed flat that is built in a factory for just £30,000. Lewisham council’s housing team approached the designers about using the design. The borough has now commissioned Rogers’ team to build a pop-up village on a regeneration site as temporary accommodation.

A Lewisham-based community land trust, the Rural Urban Synthesis Society (of which I am a member), has also emerged and is negotiating with the council about building on a council-owned site.
Lewisham’s head of housing, Genevieve Macklin, attended the LSE’s site visit. She says promoting alternative housing is part of the council’s housing strategy: “It’s an area we need to take more seriously if we are to encourage diversity. House building is dominated by big developers and we’ve lost the smaller builders that would have delivered alternative housing in the past. In order to bring more to the market we could look at things, like community land trusts, that can offer truly affordable housing in perpetuity.”
However Macklin is cautious about suggesting that alternative housing will go mainstream. “What is needed is scale and pace,” she adds.
Another major barrier is the rapidly increasing cost of land. In London the cost can rise so fast that in the time it takes to get approval the homes become too expensive for the original members, and selling land below market value is problematic for councils.
“It’s hard to enable a community group that doesn’t have capital or specialist skills,” Macklin says. “We are currently considering a community-led project of 30 units, to be built over five years. It’s small in relation to our yearly target of 500 homes, but once we have succeeded on that project it could be an agreed model for others to follow.”
Outside London the prospects are better due to the lower cost of land. In LeedsLow Impact Living Affordable Community (Lilac), a co-operative, has built 20 affordable straw bale homes. Founder Paul Chatterton says: “The land was bought from the council on the open market at market value and we got an exclusivity agreement from the council.” An enabling grant from the Homes and Communities Agency helped them get to the planning stage and the Department of Energy and Climate Change gave a grant to support the straw bale build.
Chatterton is full of praise for the support he got from the local authority. “We had to explain what co-housing is and prove that it would be affordable. Now the council have regular tours as an example of best practice. What they like most is that it was bought and financed by the community.” Lilac is now involved in a network to provide 1,000 community-led homes across Yorkshire, including self-build homes and converting empty building renovation projects.
Councillor Richard Lewis, executive member for transport and economy at Leeds city council, wants to see more projects like Lilac succeed: “It added an extra dimension to the housing mix using a challenging site and different technology.”
The council are currently working with another co-housing group in the Chapeltown area. “Co-housing is a niche market – it isn’t for everyone. But Leeds is a big city with plenty of room for different types of housing,” he says.
Lewis would like to see more community self-build projects but has not witnessed much of an appetite for it in the area. “I’m disappointed that we haven’t had more community self-builders beating a path to our door when we have available sites,” he says. “Sadly our efforts to promote self-build have mainly attracted individual builders. If communities were to approach us with schemes meeting housing need and other social benefits we’d try to help with our expertise on things like procurement and planning.”
Sign up for your free Guardian Housing network newsletter with news and analysis sent direct to you every Friday. Follow us:@GuardianHousing

Councils look to radical alternatives to solve the UK's housing crisis | Housing Network | The Guardian
.
.
.
Posted by Jeremy Woodward at 09:03