Coleridge ... and pixies in Ottery St Mary: Saturday 9th May

Late last year, a book was launched in celebration of the writing of the last two centuries from this part of the world:
Futures Forum: Literature and Landscape in East Devon: book launch: Friday 12th December 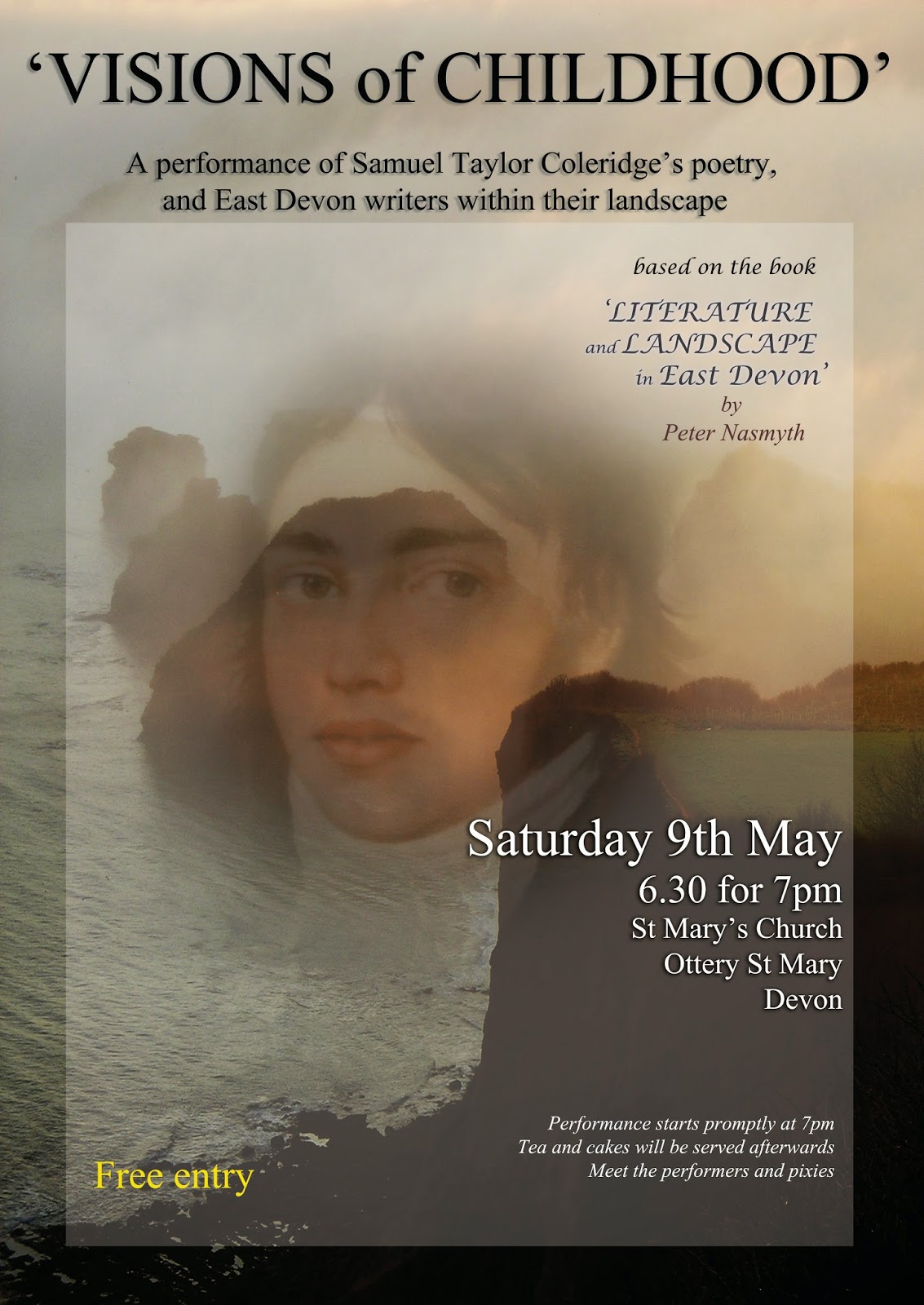 Tomorrow, as a relief from the politics of the last weeks, there will be a celebration of one of East Devon's foremost literary voices - from the town he grew up in.

This is the invitation:

You are warmly invited to an illustrated talk entitled "Visions of Childhood" in St Mary's Church, Ottery . This will focus on Samuel Taylor Coleridge and other writers associated with Ottery. Pixies have been give a special dispensation by the vicar to perform in the church. The talk will be illustrated with slides by Peter Nasmyth, author of "Literature and Landscape in East Devon", and Coleridge's poetry will be read by Robert Crick in costume.

The event starts promptly at 7pm on Saturday 9 May and entry is free. There is free parking at Sainsbury's from 6pm.

And here is a little something on Pixies:

‘VISIONS OF CHILDHOOD’
A performance with actors in St Mary’s Church, Ottery St Mary, centred on the work of Samuel Taylor Coleridge and other Otter Valley writers.

Pixies once ruled the pre-Christian turf of East Devon. They resented the arrival of Christ’s church and when the bells were being delivered to St Mary’s Ottery tried to steal them. They have been banished ever since.

But in 1793 the Ottery-born poet Samuel Taylor Coleridge celebrated their presence as earth spirits in his poem ‘Songs of the Pixies.’

Thanks to a special dispensation granted by the vicar of Ottery, this poem will be performed by pixies inside St Mary’s for the first time.

The performance traces Coleridge’s and other Otter Valley writers’ ‘visions of childhood’ and how they connect to the now-threatened landscape of East Devon and the Otter Valley. It will include work by Patricia Beer (1919-99); extracts  from The Otterbury Incident (1948) by C Day Lewis (based on a group of King's School students), and Harry Potter.

There will also be a display. The text of the performance is partly based on the book ‘Literature and Landscape in East Devon’ by Peter Nasmyth (who is co-author of the performance with Mike Temple, former Head of English at Exeter School).