'If we’re going to “get it together”, we should be looking not to mainstream political parties but to civil society groups and campaigns.'

This piece is from the International Business Times:

Columnist and left-wing supporter Zoe Williams is tackling everything that is right and wrong with today's government in her new book Get It Together - Why We Deserve Better Politics, which has been described as "everything comedian Russell Brand has tried to say" in his quest to challenge Parliament.

The 41-year-old, who writes for The Guardian, hosted a talk at Foyles in central London alongside comedian Viv Groskop on 7 April, where she discussed her latest book, hailed as a "call-to-arms" for the "terrible" UK government, ahead of the general election in May.

Williams predicts that the only way to reform politics is to take inspiration from the Spanish government by dissolving all parties and building a socialist group from scratch.

At the talk, the writer explained: "I think ideas are resurging and that will come out... in the London mayoral elections. There's so much radical politics going on in London, it would not at all be surprising to me if they got a socialist mayor [similar to] how New York got a socialist mayor. You build it not from a long time but from a lot of people."

The author also told the IBTimes UK that "young people are not apathetic" towards politics and noted that their generation are "angry" about issues such as housing and education.

"There are [issues with] student debt, access to further education, housing – who is sold on that? Nobody is! I prefer the [younger generation] to my lot. They are doing a lot of activism and they are much angrier. That is what we need," Williams said.

Although a long-time supporter of Labour, the British writer was quick to state that she is "not defending" the party and admitted that it does not have anyone whom she views as a strong leader, describing Ed Miliband as a "good person in a bad position".

Despite her concerns about the future of British politics, Williams admitted that there is "a lot of good in the government", before joking that her book isn't entirely "negative".

Zoe Williams' Get It Together - Why We Deserve Better Politics is out now.

And this is from the weekend's Guardian:


Get It Together: Why We Deserve Better Politics by Zoe Williams – review 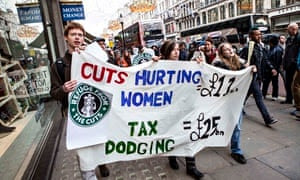 Williams, however, wants to go much further. If we’re going to “get it together”, as her title has it, and start the hard work of showing that an alternative to the “Serco state” is possible, then we should be looking not to mainstream political parties, she argues, but to civil society groups and campaigns. The housing pressure group Generation Rent, for example, anti-tax evasion campaigners UK Uncut, or the People Vs PFI if it’s those “unitary charges” that are really getting to you. After all, Williams asks, “What movement ever originated in parliament?”

There’s an important historical lesson here that is slightly obscured by Williams’s rhetoric. Lasting political change might not ever begin as “a conversation between one MP and another”, as she puts it, but it rarely ends without politicians pulling on the levers of power. The construction of the postwar welfare state, which Williams rightly thinks is in graver peril than it has ever been, is a case in point. It was the achievement of a party, Labour, that wasn’t just the preserve of a technocratic elite, but was rooted in a broad organisational network of trade unions, churches and other groups.

As the political scientist Peter Mair argued in the book Ruling the Void (2013), the golden age of the mass political party came to a close when those parties began to withdraw from civil society “towards the realm of government and the state”. Organisations that used to represent the people to the state, now represent the state to the people. The question, then, is who or what fills the void. Williams’s book offers one possible answer to it. We can’t wait, she writes, for economists to admit that they were wrong about the role that trade unions play in a healthy market economy, or the trade-off between inequality and GDP.

As it happens, the economists might be doing just that. In March this year, the International Monetary Fund published a report that showed a close correlation between the decline in the power of trade unions, on the one hand, and the steep rise in the incomes of the top 1%, on the other. Even Larry Summers, US treasury secretary under Bill Clinton and one of the architects of what we used to call the “Washington consensus”, has wondered aloud if collective bargaining might not in fact be the best way of shifting the balance of power between labour and capital. That may just be the sound of three decades’ worth of ideological pack ice beginning to crack.