The impacts of the mining industries

It is difficult to measure the impact of coal mining, as the statistics are very hard to find:
The footprint of coal - SourceWatch
carbon footprint coal - Wolfram|Alpha

There are technologies out there to reduce the environmental impact of coal - but questions remain:
Capturing carbon emissions from coal | EDF Energy
How much carbon dioxide is produced when different fuels are burned? - FAQ - U.S. Energy Information Administration (EIA)
Switch to Natural Gas Won't Reduce Carbon Emissions Much, Study Finds

It is clear, however, that mining brings jobs:

And it is clear that mining has always attracted the 'low-skilled': 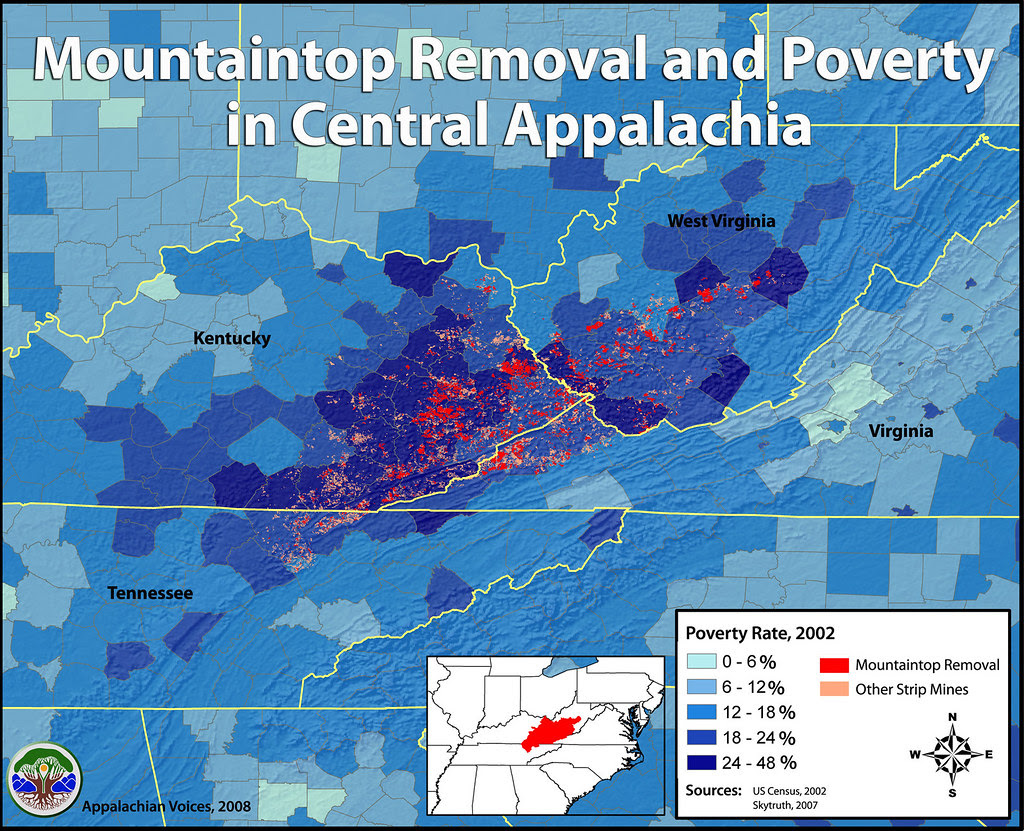 But the jobs are not what they used to be: The most noticeable impact from coal mining is on the landscape:

CHARLESTON, W.VA. — Environmental activists said Tuesday that mountaintop removal coal mining has been expanding closer to communities in central Appalachia in recent years, with nearly half of the 50 areas most at risk in West Virginia.

As part of its campaign to end that type of mining, the North Carolina-based nonprofit Appalachian Voices unveiled an interactive map that identified 50 communities in 23 counties most at risk from mountaintop mining. Those communities included 22 in West Virginia and 18 in eastern Kentucky. Southwest Virginia had 10 at-risk communities despite accounting for only 8 percent of central Appalachia's surface mine coal production last year.

A petition has just been launched:

The coal industry is waging a war on Appalachia, detonating millions of pounds of diesel fuel and explosives daily to rip the top off of mountains and access seams of coal contained within.

Dozens of peer reviewed studies have documented the devastation mountaintop removal mining is wreaking on communities in West Virginia, Kentucky, Virginia and Tennessee in the form of elevated rates of birth defects and cancer rates nearly triple the national average.Stunning new research also shows a direct connection between the dust from mountaintop removal mining and lung cancer.1

It is time for Congress to intervene by passing the Appalachian Community Health Emergency Act (ACHE Act), which would place an immediate moratorium on new mountaintop removal mining permits.2

Much of the opposition to quarrying and mining is nimbyist:

WINNING THE BATTLE IN YOUR BACKYARD

One of America’s most astute politicians once opined that “all politics is local.” Today, he would probably add, “all land use is political.”

Throughout the United States and Europe, citizens are organizing to oppose all forms of new development projects. The “new jobs and new taxes” that developers traditionally promise no longer have the resonance they once enjoyed. Development is no longer synonymous with progress, nor is growth necessarily perceived as good.

The aggregate and mining industry increasingly finds itself the target of NIMBY (Not in My Backyard) activists who organize to block new projects and expansions.


From the rural Texas plains to the mountains of West Virginia, what used to be a strictly suburban anti-development attitude is dragging out the permitting of—or even killing—mining and quarry projects.

In fact, 64 percent of Americans say they would oppose a local quarry or mining project, according to the national Saint Index survey on attitudes toward real estate development projects. Only casinos and landfills are more opposed.

It is more politically expedient for politicians to side with the angry voters who elect them in opposition to a quarry or mining proposal—especially if there is no visible, vocal community support to provide the cover decision-makers need to approve a controversial project.

Back room deals and promises made between developers and local officials fall apart when an elected official is faced with a room full of angry constituents or a vigorously curious reporter.

To be successful in this environment, a skillfully crafted and executed land-use campaign must be developed and executed to generate grassroots support and appropriate levels of targeted political pressure at critical points in the permitting process.

According to the Saint Index, opposition to development is strong in many communities.
> 78 percent of Americans believe there should be no new development in their hometown.
> NIMBY-ism transcends political party lines.
> One-quarter of all Americans have opposed a development project, twice as many as have supported one (a rise from one out of five people in 2006).
> Asked what type of new development they’d like to see in their community, one in three Americans said “none,” by far the most popular choice.

So how can you get your plans approved? First, know what the locals oppose. For local quarry projects, key steps include defusing the issues inevitably raised by opponents in the permitting process. These include fears related to:
> Dust
> Blasting
> Truck traffic
> Environmental concerns

The Saint Consulting Group understands that all land use decisions are political in nature. If your side successfully attracts more citizens to support the project and demonstrates that support through petitions, letters, phone calls, emails, blogging entries and personal appeals to elected officials, your side will carry the vote.

The Saint Consulting Group is the only firm in the world with a division dedicated exclusively to the politics of obtaining aggregate quarry and mining permits. For more information, go to www.tscg.biz.

And meanwhile, the extractive industries are moving to more 'secondary sources':
Sustainable products - Aggregate Industries
Futures Forum: Mining landfill sites
Futures Forum: How sustainable is the construction industry? ... 'Concrete is responsible for 7-10% of CO2 emissions' ... 'The industry must shift its emphasis beyond recycling and towards reuse'

However, there are other issues at stake when it comes to the extraction industry in general:

Many US companies drag on complying with a law against financing armed movements active in eastern Democratic Republic of Congo through the purchase of "conflict minerals," according to a new study.

"Our analysis shows that most companies seem to prefer business-as-usual to genuinely addressing the risk that their mineral purchases bankroll armed groups overseas," Amnesty International said in a study released jointly with Global Witness, which combats the looting of natural resources from poor nations.

The two groups monitored application of one part of the Dodd-Frank Act, a US financial reform law passed in 2010. The section, regarding minerals such as gold, tin, coltan and tungsten potentially coming from conflict zones, took effect in 2014. 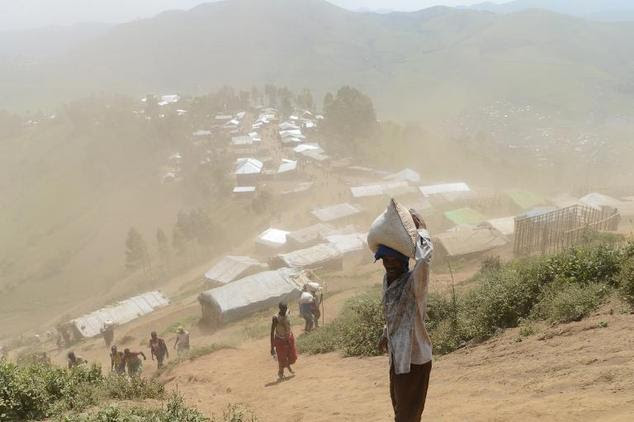 The eastern provinces of the vast DR Congo are rich in minerals but have been wracked for more than 20 years by violent ethnic and territorial conflicts ©Junior D. Kannah (AFP/File)

US companies listed on the stock exchange must now inform regulators if they procure such raw materials, and whether those come from the DRC or any one of nine countries on its borders.

The firms are required to describe the steps they have taken to ensure that the minerals they use have no connection with the strife in the DRC. The law gives companies between two and four years to comply, depending on their size.

Amnesty and Global Witness stated that more than 1,000 US companies are affected by the new regulations. The two rights groups focused on 100 of these firms, carefully studying the statements they had made to the Securities and Exchange Commission.

The joint report concluded that "79 percent of the 100 companies analysed failed to meet the minimum requirements of the US conflict minerals law." Moreover, only 16 percent had investigated "beyond their direct suppliers to contact, or attempt to contact, the smelters or refiners that process the minerals," it said.

The eastern provinces of the vast DRC are rich in minerals but have been wracked for more than 20 years by violent ethnic and territorial conflicts, and even strife over nationality. National and regional political interests further complicate the situation.

Most of the belligerents illegally profit from mining or trafficking in the abundant natural resources -- some of which end up being used as vital components of electronic products such as mobile telephones.

The country's highly acclaimed doctor, Denis Mukwege -- who has treated thousands of victims of mass rape by DRC combatants -- says notable progress has been made to keep money invested in minerals from going to armed groups. In an opinion article in Thursday's edition of the International New York Times, Mukwege wrote about efforts since 2010 by tech giants such as Apple and Hewlett Packard to ensure traceability of their supplies.

Mukwege also hailed moves in October by a government-affiliated mining industry group in China to enforce scrutiny across its foreign supply chain. He also noted looming European Union regulations that would encourage -- though not require -- EU smelters and refiners to fully vet the provenance of supplies to avoid conflict minerals.

But as the history of Dodd-Frank demonstrates, getting companies implicated to join the effort to deprive armed groups business in the mineral trade will not be easy.

Provisions of the law on "conflict minerals" were bitterly opposed by business interests in the United States, which fought against measures they considered too costly or cumbersome to enforce. In the DRC, the legislation also sparked debate.

In an open letter published last September, 70 scientists, politicians and NGO officials argued that the Dodd-Frank Act has a number of unintended and damaging side-effects. For example, they wrote that the legislation had led a number of international buyers to conform by simply withdrawing from the DRC, where no reliable means of certifying origin exists. Thousands of artisanal miners who lost their jobs as a result became choice recruits for armed movements. Supporters of the legislation contend that its benefits are already being seen, while foes claim that although minerals can prolong conflicts, they do not cause them.

In his op-ed piece, however, Mukwege argues that laws like Dodd-Frank are inevitable and urgent unless voluntary efforts are undertaken to stop the ultimately deadly trade. "Companies must conduct honest, rigorous investigations of their supply chains, publicly reporheir findings, and act on the results to ensure that their money — and ours — no longer ends up in the hands of violent rebels," he wrote. "If they are unwilling to do so, governments must compel them to action." 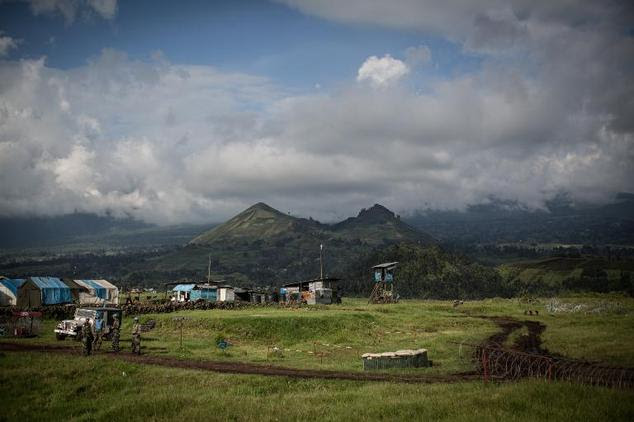 Many US companies drag on complying with a law against financing armed movements active in eastern Democratic Republic of Congo through the purchase of "conflict minerals," according to a new study ©Federico Scoppa (AFP/File)

Posted by Jeremy Woodward at 02:00