Climate change: and our heavy dependence on burning coal

In the West, coal may no longer be king:
Futures Forum: Peak Coal: the end of coal?

Although we do still depend on it:
UK health bodies call for end to coal power - Air Quality News

Meanwhile in China, it is still the dominant fuel, as pictured in this prize-winning photo:
2016 Photo Contest | World Press Photo 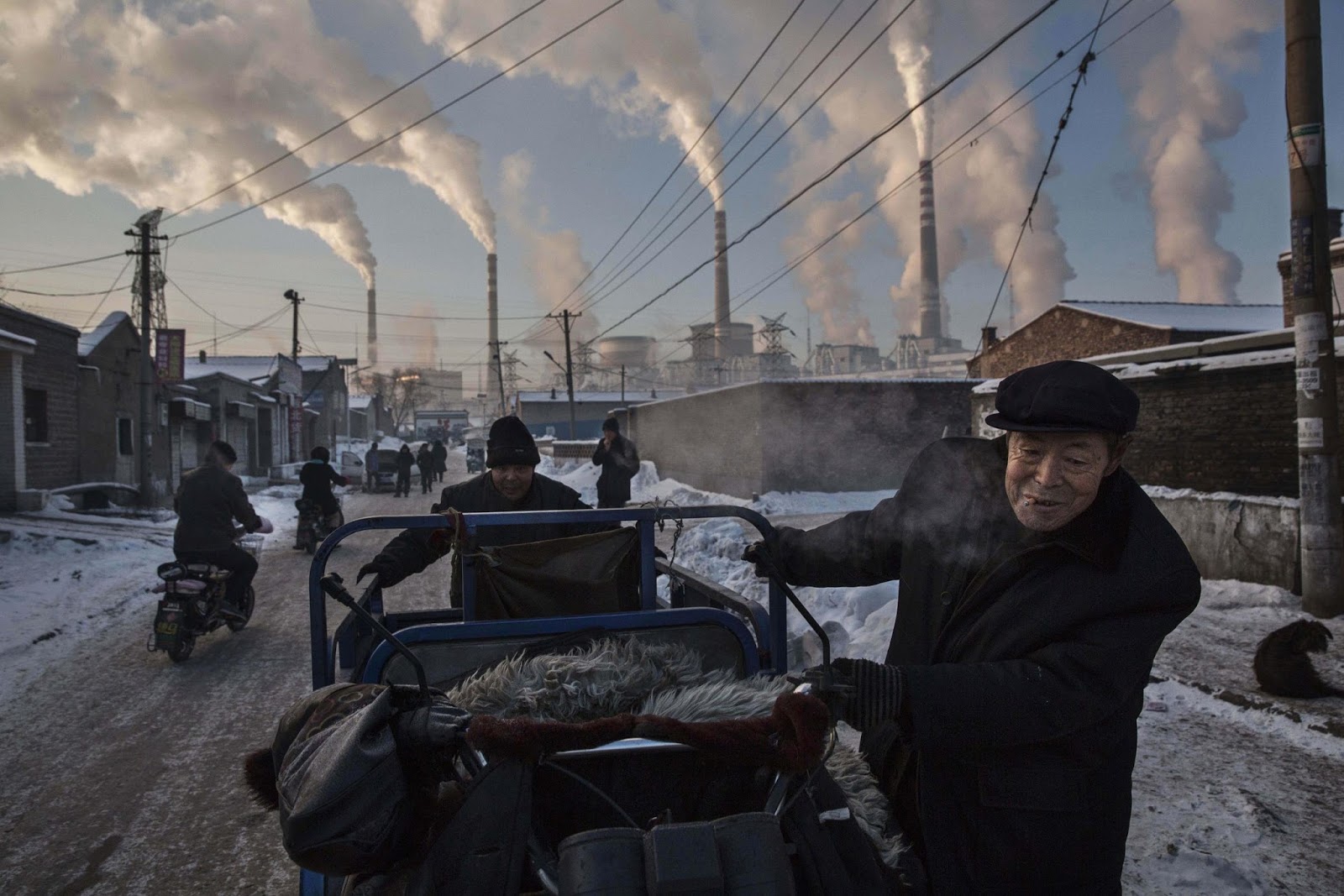 Daily Life, first prize singles
November 26, 2015
Smoke billows from stacks as men push a tricycle through a neighborhood next to a coal-fired power plant in northern Shanxi province.
The region is the leading producer of coal in China, with annual production exceeding 300 million tonnes. Air pollution is estimated to contribute to around 17 percent of all deaths in China, and a heavy dependence on burning coal for energy has made China the source of nearly a third of the world’s CO emissions.