A solution to our housing problems: move to Vienna

Here's a more nuanced look from the FT:

A German lesson in rent controls

Rent controls are a terrible idea. That was the general reaction of the property industry when the Labour party proposed them during the election campaign. The electorate clearly agreed.
Yet Germany — already one of the most regulated rental markets in the world — has just introduced something very similar. So far, the sky does not appear to have fallen in.
There is also a big fundamental objection to rent controls, often advanced by the property industry and the buy-to-let lobby, which is that governments should not interfere in the workings of free markets.
Instinctively, I would be the first to agree with that. Indeed, I would take it to its logical conclusion: we should abandon the policy of artificially cheap credit that has vastly inflated asset prices; scrap Help to Buy, a scheme whose primary effect is to pass money from taxpayers to shareholders in the housebuilders; tax all profits from real estate as we would on any other capital gain; curtail the billions of taxpayers’ cash paid to private landlords as housing benefit; stop allowing debt interest costs to be deducted from tax liabilities; and reform a planning system that consistently favours those who own property over those who do not.
Needless to say, none of the above is likely to happen soon. That is why we have something to learn from the German system — which, lest we forget, was implemented by a centre-right government, not a bunch of rabid socialists.
It is not perfect, but it does a much better job of balancing the interests of tenants and owners than the policies of successive UK governments, who have basically ramped up house prices without much thought for the long-term consequences.
A German lesson in rent controls - Financial Times

This is from yesterday's Guardian:

What could Vienna’s low-cost housing policy teach the UK? 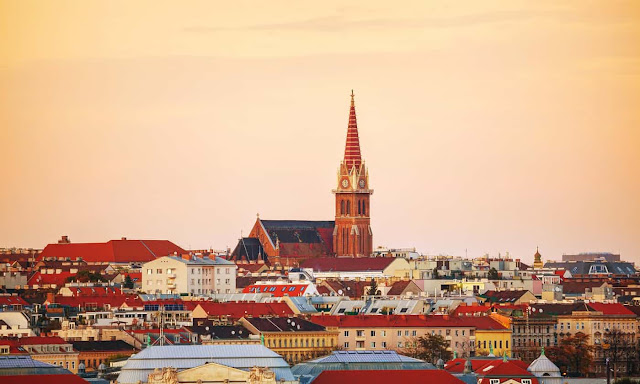 164
Vienna effortlessly tops the world’s most liveable city surveys, and for good reason. Its citizens – 1.8 million at the last count – enjoy affordable public transport, abundant greenery and rents UK citizens could only dream of. In fact, acccommodation in Vienna is plentiful and cheap, making it one of the most affordable places to live. In this compact city, dominated by four- and five-storey, walk-up mansion blocks, tenants have been known to snag flats with palace views, free heating and Alps mineral water on tap. More than 80% of residents rent, and two-thirds of Viennese citizens live in municipal or publicly subsidised housing. Eight out of ten flats built in the city today are financed by Vienna’s housing subsidy scheme. This quality and range helps push down rental prices, meaning low-paid workers can afford to live in the Austrian capital, even in the city centre. They often live centrally and enjoy its cheap amenities, short commutes and, thanks to a sound economy, jobs – even when renting on the partially regulated private market.
And that includes public sector workers. “Like others in Vienna, we feel we hit the jackpot even renting privately,” says 30-year-old Austrian nurse, Barbara Hammer, who moved into a handsome neo-gothic flat in the west of the city five years ago.

What could Vienna’s low-cost housing policy teach the UK? | Society | The Guardian

With thanks to the EDW blog:
Housing Viennese-style | East Devon Watch
.
.
.
Posted by Jeremy Woodward at 02:00