"If Chris Grayling is reopening railway stations closed by #Beeching he should start with the one at Sidmouth, whose beautiful seafront promenade and shopping area are ruined by a continuous traffic jam of lazy people in 1980s cars who seem to be unable to walk more than 25 yards."

There's been much discussion about 'the future of the railways':
Futures Forum: Brexit: and the railways in the South West

Especially in the light of 'revisiting Beeching':
We're bringing the train back from Beeching for a new golden age of rail - Telegraph
Undoing Beeching: six suitable candidates for restored rail links | The Independent 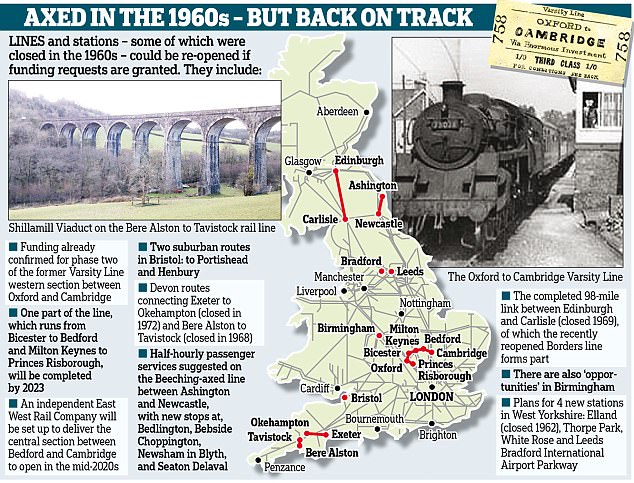 And as reported on the front page of today's Herald:


Sidmouth Railway line is one of thousands which could be reopened 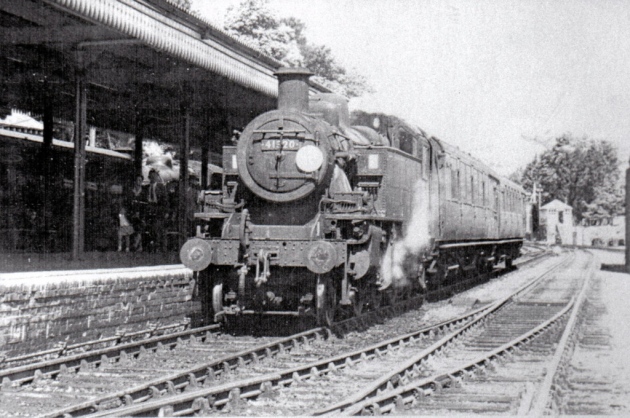 A train at Sidmouth Station
The branch line and station was one of 2,363 axed by British Railways chairman Dr Richard Beeching in the 1960s.
But on Wednesday, Transport Secretary Chris Grayling revealed that the Government was looking to reopen some of the scrapped routes in a bid to boost the economy, encourage house-building and ease overcrowding. Mr Grayling said the Government was looking to reverse some of the closures would be examining different viable options.
Following the announcement, Radio 2 presenter Jeremy Vine tweeted that Sidmouth would be the best place to start.
He said: “If Chris Grayling is reopening railway stations closed by Beeching he should start with the one at Sidmouth, whose beautiful seafront promenade and shopping area are ruined by a continuous traffic jam of lazy people in 1980s cars who seem to be unable to walk more than 25 yards.”
Reacting to the news, Councillor Stuart Hughes said he hoped Sidmouth would be on of the cards and added: “It is something I would want to see in Sidmouth. It would be such a coup for the town. The track is still available - this has opened up the possibility of getting the railway line back.
“There are plans for a cycle path but I think if it was a choice between a cycle path or a railway, the majority of people would want the railway. It would bring a lot of money back into the town and would be amazing for the economy – it would flourish.”
Around 5,000 miles of track was closed, along with thousands of stations between 1964 and 1970 - this included Sidmouth, which was opened in 1874 and closed in 1967.
Mr Grayling also revealed some of the routes that were set to be discussed; this includes the restoration of the connections in Devon between Exeter and Okehampton, and Bere Alston and Tavistock. He also announced the launch of a consultation looking into the future of the Great Western franchise, with hopes to provide long-distance services between London, Devon and Cornwall.
What do you think? Would you like to see the rail line to Sidmouth re-opened? Email your thoughts to sidmouth.letters@archant.co.uk or join the discussion on the Sidmouth Herald Facebook page.

Sidmouth Railway line is one of thousands which could be reopened - Latest Sidmouth and Ottery News - Sidmouth Herald
.
.
.
Posted by Jeremy Woodward at 13:29