Plastic and children: "They understand the issues better than the adults"

It seems that it is children who are really taking up the issues:

'This is a generation challenging their parents on the environment': how schools are taking on plastic waste

BBC’s Blue Planet has done much to raise awareness of the damage done by plastic. In the UK, schools are finding creative ways to work towards change 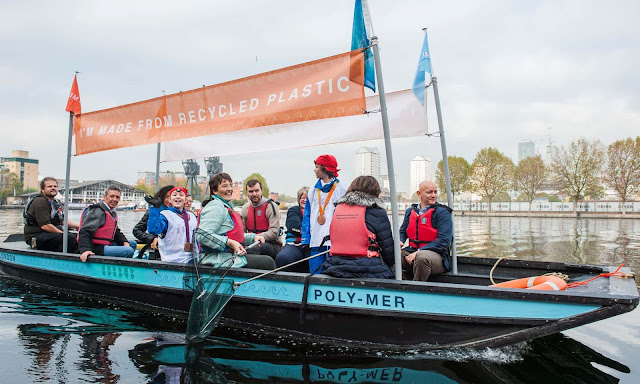 “We are at a unique stage in our history,” David Attenborough said to the audience in the final episode of Blue Planet II. “Never before have we had such an awareness of what we’re doing to the planet. And never before have we had the power to do something about it.”
The most watched programme of 2017 has done much to raise awareness of the damage plastic does to wildlife – with the final instalment showing albatross parents feeding it to their hungry chicks. Earlier episodes had featured a whale carrying her dead newborn calf, likely poisoned by plastic in her milk, and a turtle caught in a plastic sack.
Cutting the use of plastic is a cause some schools have been rallying around. A group of 19 nurseries announced in November that it was banning the use of glitter among its 2,500 children this Christmas. As a ubiquitous microplastic, glitter easily finds its way into waterways and oceans, much like microbeads, which will be subject to a government ban in cosmetics from the end of 2017.
Other schools are taking slightly different approaches to the problem. In Hampshire, Wicor primary school hasn’t banned glitter, but headteacher Mark Wildman says teachers have been using it less where possible. This year, the 440 children have made plastic-free Christmas tree decorations, using either natural materials they’ve scavenged from the school’s grounds or recycled items.
“There’s so much rubbish and waste at Christmas … [plastic-free decorations] are a token, but it’s an important reminder of what we’re trying to achieve,” says Wildman. “The children are incredibly keen – they understand the issues better than the adults.”


The children have been very keen to make plastic-free decorations. They understand the issues better than the adults

After watching the 2016 film A Plastic Ocean, Wildman was moved to engage the whole school in a campaign to reduce plastic use. Since then, the children have written to businesses such as Walkers UK, have carried out litter pickings on a nearby beach – and the school has removed single-use plastics from school meals, such as yoghurt and jelly pots. It has allotment gardens on site, which supply the school kitchen and a local vegetable box scheme. The children have also been petitioning their parents to stop using plastic bags in supermarkets.
“A parent said to me the other day: ‘I can always tell when you’ve done something on plastics at school because I’ve had my ear burned off by my children telling me what I can and can’t use’,” says Wildman. “It’s something they’re more passionate about than anything else I can think of. I’ve never gone down the road of an eco club [because] this curriculum is for all children. It costs nothing – what it needs is a real passionate understanding of the natural world.”
Meanwhile, children from Canary Wharf college in London have been inspired to clean up the docks around their school after hearing about a social enterprise called Plastic Whale in the Netherlands, which runs plastic-fishing expeditions on the Amsterdam canals.
“We decided this was something we could do too,” explains Sarah Counter, founder and chief executive of the free school. The school partnered with the charity Hubbub to fund the building of the world’s first boat made from 99% recycled plastic – and launched the Poly-Mer in November. The boat will be used to take groups of children plastic fishing every week from January. Counter has also encouraged local companies, such as Barclays, to get involved and would like to offer it to other schools to use.

“I’d be delighted if this could be rolled out to other schools around the country,” she says. “My generation stopped our parents from smoking. But this is a generation challenging their parents on the environment and plastic waste.”
The enthusiasm that children have for protecting marine life has surprised Ellie Jackson, an ex-teacher and author in Cornwall. Her children’s book, Duffy’s Lucky Escape, about a turtle unable to dive for food because of the plastic she’s eaten, has sold more than 1,000 copies since its release in September, and Jackson has worked with 100 schools across the world – including the nurseries that banned glitter. The idea came to her when she and her family witnessed a turtle being released into the wild in Australia.
“My kids and I then went to visit the turtle hospital on the mainland,” says Jackson. “Once they’d made the link between plastic and the turtles, they were so enthusiastic to clean up the beach. Every piece of rubbish they picked up, they felt like they were making a difference to a turtle.” Her new book is about a puffin that gets tangled in a balloon.
For Lindsey Taphouse, a year 5 teacher at the local Looe primary school, Duffy’s story has fit perfectly into this term’s topic of endangered animals. “To hit my curriculum targets, I ‘upleveled’ the story by making the vocabulary and instructions [harder],” she says. “The children were so passionate about it. They couldn’t believe it was a true story – that this is happening now, and that it’s because of humans.” 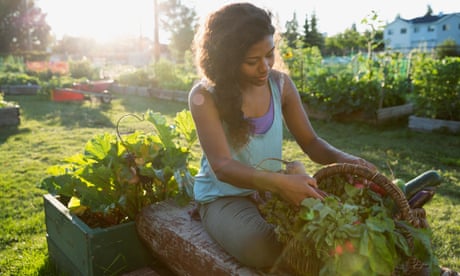 'We help them flourish and bloom': using nature to keep students in education

Read more
The class has since taken part in beach cleans with the Looe Marine Conservation Group, rewritten the story from the human’s point of view, and are writing letters to local businesses and the government for their persuasive writing unit. Taphouse says the children have been enthusiastic about the project, and in particular has never seen the boys in her class – who account for 25 out of 36 children – so engaged.
“Their writing has been absolutely incredible,” she says. “[And] they’re talking about their learning at home. This letter might change a policy, it might do something. They come into school knowing their work might make a difference.”


'This is a generation challenging their parents on the environment': how schools are taking on plastic waste | Teacher Network | The Guardian
.
.
.
Posted by Jeremy Woodward at 02:11