A story forwarded today by the Sid Vale Association
- and commented on by the East Devon Watch blog:

Just one note: where PegasusLife bemoans the fact that they are being prevented from building “housing for older people” it should in Owl’s opinion read: “housing for very, very rich old people”.

A grudging offer of 15 “affordable homes” in the second application should be seen for what it is – an attempt to get their own way by any possible means with as little outlay as possible. Owl imagines – as is usual in these circumstances – that there would eventually be a “viability assessment” that rendered the affordable homes “uneconomic” after construction of the non-affordable properties was well underway.

As an aside: isn’t it time these so-called “viability assessments” were banned by the government and developers forced to sink or swim on their original costings? Imagine buying a house and, just before exchange of contracts, the buyer says: “Sorry, I’ve done a viability assessment of my (unchanged or even improved ) finances and you will have to accept a cut of 30% of the agreed price” – and the seller being forced to accept!

Here's the piece from yesterday's Mail:

Sir Arthur Conan Doyle's only surviving building has been saved by a campaign run by heritage experts. The legendary author is best known for creating the world's most famous fictional detective Sherlock Holmes, but Conan Doyle also designed houses and even a golf course.
After the fiction writer stayed at the Lyndhurst Park Hotel in March 1912, he sketched designs for a third storey extension and redesigned the front of the building. The hotel sits in the heart of the pretty New Forest, Hants, just miles from his home, and though it has been vacant since 2014 the building is considered 'highly historically significant' thanks to his designs. 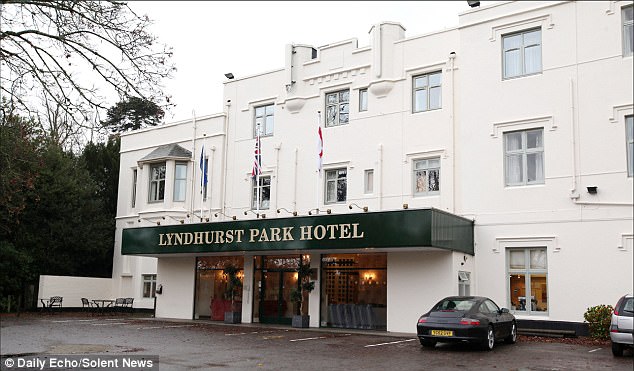 Sir Arthur Conan Doyle's only surviving building Lyndhurst Park Hotel in the New Forest has been saved by heritage experts
A controversial application to demolish the property and replace it with flats and affordable homes threatened the site and heritage charity The Victorian Society stepped in to criticise the plans. The building was originally built as an early 19th century mansion known as 'Glasshayes House' but was transformed into a hotel in 1895.
Conan Doyle was a regular at the hotel in the late 19th and early 20th century 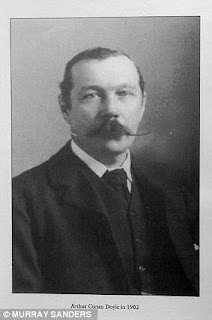 Conan Doyle, who lived in the New Forest's Brook, was a regular at the hotel in the late 19th century and early 20th century. By the autumn of 1912 it was given a major face-lift based on ideas submitted by the world famous writer after he visited with his family earlier that year. He designed the entire third floor extension as well as the new facade and it is his only surviving building.
Property developers PegasusLife have now submitted two applications to bulldoze the site, with both being rejected.
Their first application to build 74 homes for the elderly was declined in December 2016, and their latest attempt to create 75 new houses has also been turned down.
The new application included plans to replace the hotel with 75 flats and 15 affordable homes. In a report on the bid, the New Forest National Park Authority 'little consideration' had been given by the developers to the 'very cramped' development. 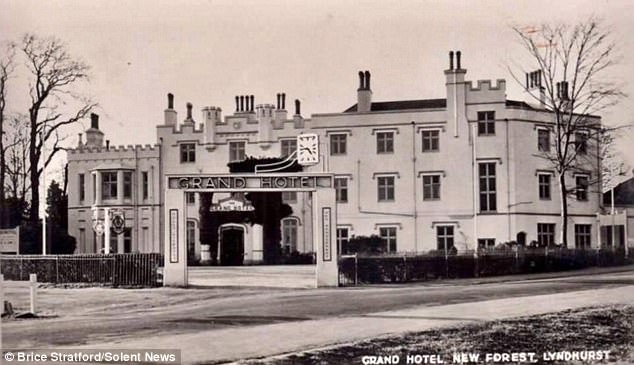 After the fiction writer stayed at the Lyndhurst Park Hotel in March 1912, he sketched designs for a third storey extension and redesigned the front of the building
It said: 'Little consideration has been given to integrating the affordable housing element within the scene as a whole. It demonstrates a very cramped form of development set around a courtyard dominated by parking with little in the way of amenity space.'
Despite its historic significance, the building is unlisted and therefore unprotected. Conservationists The Victorian Society say it is of 'paramount importance' it is saved

'The fact that Glasshayes House is thought to be the last remaining building designed by Arthur Conan Doyle makes it unique, and therefore highly historically significant and certainly worthy of reassessment. In addition, no justification has been submitted to support its complete demolition.'
Speaking when the application was made, Tom Taylor, from The Victorian Society, said: 'It is now of paramount importance that the building be reconsidered for listing, as that would offer it valuable protection against demolition and insensitive redevelopment. A spokesman added: [Conan Doyle's] ambitious redesign transformed the building into what you see today, the building as it currently stands is a near perfect expression of Doyle's plans. 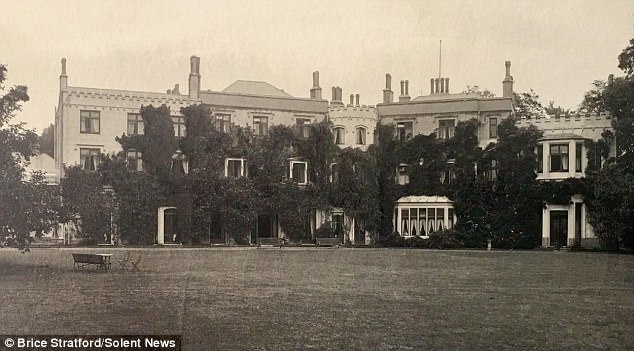 Both planning applications submitted by property developers PegasusLife to bulldoze the site and build affordable housing have been rejected
'Time is swiftly running out for Glasshayes House, and the risk that it may be lost forever to be replaced with a run-of-the-mill block of flats is becoming ever more real.'
In the planning application by property developers PegasusLife, it said the building is a heritage asset of 'minor significance'.
PegasusLife planning director Guy Flintoft said the company was 'disappointed' with the decision to reject a second application to redevelop Lyndhurst Park Hotel. He said: 'We are disappointed with the National Park Authority's decision. The rejected application included 15 affordable homes, which we would have delivered with our partners at Sovereign Housing Association, a respected provider working in the area. It is disheartening that the provision of housing for older people is so often disregarded.
'It is disappointing that this amendment to our application has been largely ignored by campaigners - despite being raised by locals as a key reason for the original refusal earlier this year. We will now take some time to consider our next steps.'
Sir Arthur Conan Doyle's only surviving building saved | Daily Mail Online
.
.
.
Posted by Jeremy Woodward at 08:41