The Legatum Institute is quite an influential think tank;
Futures Forum: 'The Crisis in Democracy" > a short history of think tanks

The MP for Exeter has been asking a few questions about the group:
Futures Forum: Brexit: and Exeter's MP asking for scrutiny: and more news

Ben Bradshaw is a former Foreign Office minister who oversaw the workings of the security services.
And he and other MPs have been asking more questions this week:

Legatum founder accused by MP of ties to Russian intelligence

Christopher Chandler an ‘object of interest’ in French spy report

A British MP has used parliamentary legal protections to accuse Christopher Chandler, a New Zealand billionaire, of having been suspected of links to Russian intelligence. Mr Chandler founded the investment company Legatum Group which set up the think-tank Legatum Institute. The group traded in shares of Russian companies in the 1990s. He has received scrutiny in the UK since the EU referendum, because policy specialists at the Legatum Institute lobbied for a hard Brexit and held discussions with cabinet ministers. Following the adverse publicity, those specialists left the think-tank.

Bob Seely, a Conservative MP, said that he had seen files stating that Mr Chandler had been “an object of interest to the DST [the Directorate of Territorial Surveillance, then a French intelligence agency] since 2002 on suspicion of working for the Russian intelligence services”.
Mr Seely was speaking in a debate on the Sanctions and Anti-Money Laundering Bill, which will impose greater transparency in Britain’s overseas territories and allow the government to act against those implicated in rights abuses abroad.

Mr Seely said the relevant files had been verified by French, US and UK sources, and seen by four other MPs.

Two of those MPs, Labour’s Ben Bradshaw and Liam Byrne, also raised the issue of Mr Chandler’s decision in 2015 to apply for Maltese citizenship, which he received the following year.

Mr Bradshaw called in parliament for “urgent investigations by the UK authorities”. Mr Byrne said he wanted to know whether Mr Chandler had benefited from money from “bad sources”. He said there was a “risk” that Mr Chandler’s funds and the Legatum Institute formed “part of the panoply of active measures that have been drawn together since the re-election of President [Vladimir] Putin in 2012.”

And yesterday, The National made further reference to the MP for Exeter:

The Legatum Institute think tank is believed to have strong links to leading “Brexiteers” who strongly supported the campaign to leave the 28-nation bloc, including Boris Johnson, the Foreign Secretary, and Michael Gove, the Environment Secretary. The institute has previously said that it was a vocal public critic of Russia over many years.

Supporters of the campaign to remain within the European Union have previously raised questions about Legatum. Ben Bradshaw, an opposition lawmaker, last year urged the parliamentary intelligence committee to examine the relationship with the government and Mr Chandler. 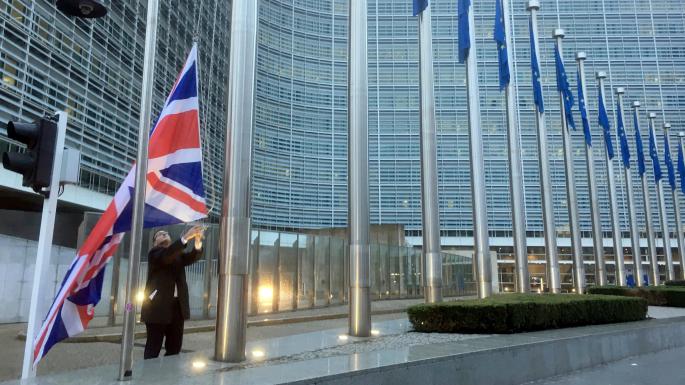 A think tank with close links to Conservative Brexiteers is be reviewed by the head of a parliamentary committee that scrutinises the work of the intelligence agencies.

Concerns have been raised about links between the Legatum Institute and the Brexit department and the background of the think tank’s main financier and founder, Christopher Chandler, a New Zealand-born tycoon who made part of his fortune with his company, Legatum Group, via investments in Russia.

Dominic Grieve, chairman of the intelligence and security committee, told The Sunday Times that he would “scope” the institute as part of preparations for investigation into Russian activities against the UK.

Ben Bradshaw, a former Foreign Office minister who oversaw the workings of the security services, raised concerns at a committee meeting last month.

LONDON — A British think tank that has close ties with Pro-Brexit Conservatives is to be looked into by the head of the parliamentary committee that is investigating Russian activities against the UK. The Legatum Institute, which has links with senior Conservatives such as Boris Johnson and Michael Gove, is going to be looked into over concerns that it has close ties with Russia that stems from its founder, Christopher Chandler, making part of his fortune through investments in the country.

Conservative MP Dominic Grieve, the chairman of the intelligence and security committee, told The Sunday Times that he would "scope" out the think tank as part of his preparations for an inquiry into Russian activities against the UK.

It follows Labour MP Ben Bradshaw, who used to be a Foreign Office minister with responsibility for the security services, raising his concerns about the think tank at a committee meeting last month.

Bradshaw has previously told Business Insider that he thinks there needs to be a "full government investigation into all aspects of [Russian] subversion" and that Vladimir Putin's regime has "actively and deliberately" attempted to subvert democratic votes around the world.

Finally:
Legatum: the Brexiteers’ favourite think tank. Who is behind them? | openDemocracy
.
.
.
Posted by Jeremy Woodward at 05:30