Affordable housing: for sale as well as rent

To buy?
Futures Forum: "Right to buy" in East Devon

Or to rent?
Futures Forum: Renting vs Buying in the South-West

A new book on the late 1970s/early 1980s by Andy Beckett is pretty even-handed on the history behind today's policies and proposals:


Beckett’s discredits many glib assumptions in his section on social housing and Thatcher’s right-to-buy policy.

Labour governments of the 1970s built progressively fewer council homes, not only because money was short, but because key figures doubted that renting from councils, often for life, was satisfying for tenants and that building programmes were economically sustainable. A Labour government report of 1977 accepted that “owning one’s own house is a basic and natural desire” for most people.

Contrary to myth, social housing was not a dystopia of brutalist concrete towers, but predominantly semi-detached houses, with gardens, on the edge of towns, isolated and lacking services. Average English council house rent in 1981 was less than 7% of average income. Repairs and maintenance by council workers were often lamentable; the paradox is that strong trade unionism among public sector workers damaged the council housing stock.

Promised You a Miracle: UK 80-82 review – how Britain came back to life | Books | The Guardian

Proposals to build up to 100,000 affordable homes a year have been set out by shadow housing minister John Healey. Under the plans, contained in a report produced for a think-tank, the new homes could pay for themselves within a generation through savings to housing benefit.

In the report for the Smith Institute, Mr Healey said: “It’s simply indefensible for government ministers to deny responsibility for ensuring people are decently housed and for helping the next generation get on. An affordable home isn’t a ‘nice to have’, it’s the bedrock for the lives and futures of individuals and families throughout the country.” 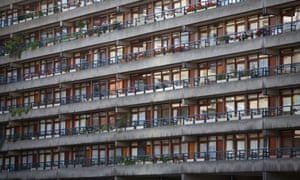 A housing estate in London. The Labour proposal would quadruple the number of affordable homes being built. Photograph: Philip Toscano/PA

Labour is considering backing a mass public housebuilding programme on a scale not seen since the mid-70s.

John Healey, the former Treasury minister appointed by Jeremy Corbyn as shadow housing minister, will say on Monday that the state could build 100,000 new council houses and housing association homes a year to drive down the UK’s spiralling housing benefit bill and tackle the affordability crisis.

It would involve almost quadrupling the current number of affordable homes being built. Healey, who has previously said his priority is the decline in home ownership, proposes the homes should be for sale as well as rent.