These fears continue to be voiced:

It is the value of a civil society, that’s why a society becomes healthy.
Ai Weiwei tells of his lack of support from British government | Art and design | The Guardian

It is an international issue:

Live Q&A: What will it take to build a global civil society movement? 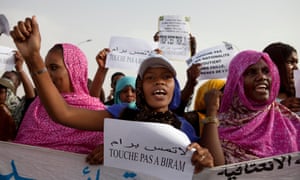 “The role of civil society has never been more important,” said Ban Ki-moon on the International Day of Democracy earlier this month. Highlighting its role in fostering economic and social progress, holding power to account and ensuring diverse social representation, civil society would be crucial to achieving the sustainable development goals (SDGs), suggested the UN secretary general.

The new global goals are a moment of opportunity for civil society organisations. References to strengthening global partnership and building inclusive and accountable institutions are embedded in the 17 SDGs. 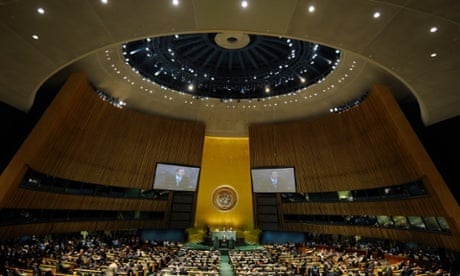 7 reasons the SDGs will be better than the MDGs

Yet civil society space is shrinking around the world. More than 60 countries have recently passed or drafted laws that stifle the activity of non-governmental and civil society organisations. It is a global trend that James Savage from Amnesty International predicts will “intensify in the coming two to three years”.

Can the ambitions of the SDGs be realised in countries where civil society is under attack and in some cases disappearing? What can be done to protect these organisations and amplify the lobbying power of civil society? Is an organised global coalition necessary? And if so, how do we make it happen?

Join a panel of experts discussing these questions and more for an online discussion on Thursday 1 October 1-3pm BST.

The live chat is not video or audio-enabled but will take place in the comments section (below). Get in touch via globaldevpros@theguardian.com or@GuardianGDP on Twitter to recommend someone for our expert panel. Follow the discussion using the hashtag #globaldevlive.

There is a very powerful group out there, campaigning for 'civil society':

Avaaz is a global civic organization launched in January 2007 that promotes activism on issues such as climate change, human rights, animal rights, corruption, poverty, and conflict; it works to "close the gap between the world we have and the world most people everywhere want."[1]
The organization operates in 15 languages and claims over forty million members in 194 countries,[1] and The Guardianconsiders it "the globe's largest and most powerful online activist network".[2]

It has now become a new item itself:
Avaaz: The Lobbyist that Masquerades as Online Activism | Global Research - Centre for Research on Globalization

Some of which appears rather hysterical:
Avaaz: Pro-Democracy Group Or Facade For American Imperialism In The Middle East?
Avaaz: Imperialist Pimps of Militarism, Protectors of the Oligarchy, Trusted Facilitators of War | Part I, Section I | Wrong Kind of Green
Avaaz: clicktivist heroes or Soros wolf in woolly disguise? | OffGuardian

Whilst there might indeed be question-marks over any 'lobbyist', it is clear, however, that 'civil society' is under threat in many non-authoritarian corners - which goes way beyond the reputation of any one campaigning group:


Our movement is under threat. Governments worldwide are passing gag laws, prohibiting protest and intimidating or closing down organisations in the biggest crackdown on civil society in a generation.

Avaaz’s power is our voices together. If governments outlaw us or sabotage our strategies, we are done. It’s time to fight back! And there’s a new killer plan to protect the democratic space -- Avaaz lawyers.

Already Avaaz has a tiny, but world-class legal team. Now, to counter this clampdown, we need to build the biggest, baddest crowdsourced pro-democracy law group in the world to challenge repressive laws when they are drafted, and take to court those who try to scare us into silence.

The truth is, in the fight between people and power, the people rarely get a good lawyer, because it's too expensive. That's where we come in. Sometimes just the threat of going to trial can crush these attacks, but in some countries we may need to take on big cases to protect our freedom of expression.

Click to donate just the cost of a meal out and help Avaaz march into court across the world to protect our freedoms. Let’s meet those demonising and attacking our work with fearlessness and resolve:

It isn’t just repressive regimes like Egypt that kick out Avaaz staff. In India, the biggest democracy in the world, Avaaz has been vilified and harassed by the government. In Spain Avaazers could be fined up to 600,000 euros just for organising a peaceful protest. In Israel a draft law threatens to label brave human rights organisations as “foreign agents”, and cut off their international funds. And in Uganda a government body can dissolve any group it doesn’t like!

Over 60 countries now have laws that inhibit non-governmental groups.

We already know this works. When the South African government tried to censor our campaign against the lion bone trade, we took them to court and won a landmark free speech case that set a standard for the whole country. And with enough support, we can together:
This last decade has seen a surge of people power with the Arab Springs, massive anti-corruption protests in India, Brazil and Spain, and people raising their voices and taking to the streets in droves. These regressive laws show our strength. We can’t now let governments crush an informed and organised citizenship, it is a crucial pillar of democracy.

Our size and global membership already give us an advantage. Click to donate to create a global people-powered legal team to complement our political might:

There are moments where risking everything is necessary to preserve the very core of what we have worked so hard to create. That's what we did when taking on powerful media barons in England and government cronies in Canada. That's what we could do now in countries like India and Spain if we raise the funds. It's what we can do everywhere.

See also:
Futures Forum: The Freedom of Information Act and East Devon >>> the story continues
Futures Forum: On psychopaths, politicians and doing business
Futures Forum: Managed democracy: "The deliberate undermining of people's perception of the world, by creating confusion and contradiction ... undermining any opposition to existing power structures ... which leaves us feeling helpless and depressed and to which the only response is: 'Oh dear'."
Futures Forum: "Mounting risks for corruption in UK local government"
.
.
.
Posted by Jeremy Woodward at 14:47