An uncertain future for our Living Blue Planet: "more needs to be done to prioritize ocean and coastal habitats"

A report out this week from the WWF presses home the need to act to conserve our marine environment:

An Uncertain Future for Our Living Blue Planet

Fresh, new evidence shows why we need to act on marine conservation 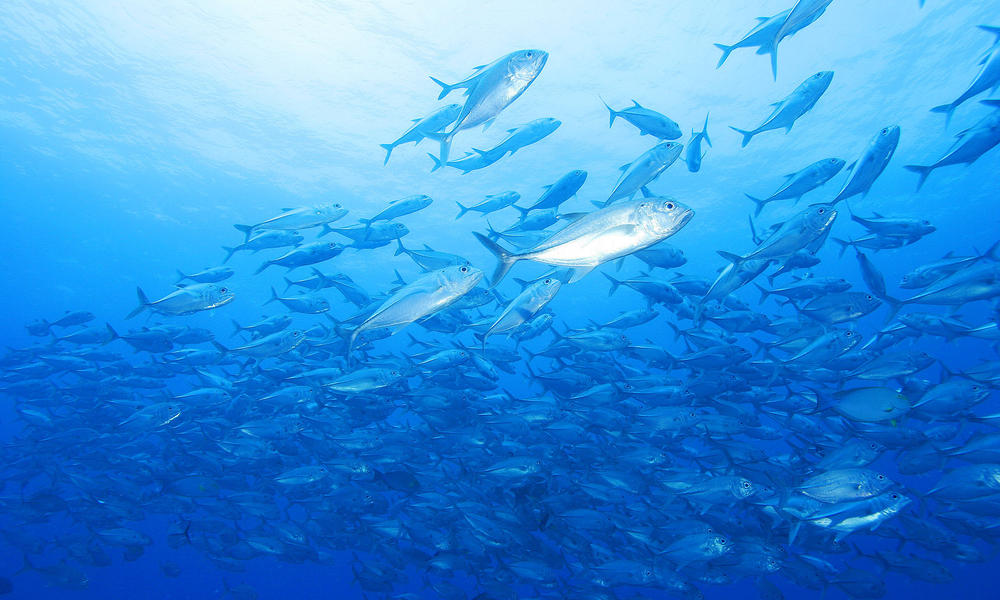 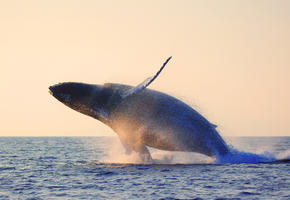 The new Living Blue Planet Report provides a comprehensive view of the health of the ocean and provides fresh, new evidence on why we need to act on marine conservation.
DOWNLOAD THE REPORT

A new report on the health of the ocean finds that the marine vertebrate population has declined by 49 percent between 1970 and 2012.
WWF’s Living Blue Planet Report tracks 5,829 populations of 1,234 mammal, bird, reptile, and fish species through a marine living planet index. The evidence, analyzed by researchers at the Zoological Society of London, paints a troubling picture. In addition to the plummeting number of marine vertebrate species, populations of locally and commercially fished fish species have fallen by half, with some of the most important species experiencing even greater declines.
These findings coincide with the growing decline of marine habitats, where the deforestation rate of mangroves exceeds even the loss of forests by 3-5 times; coral reefs could be lost across the globe by 2050; and almost one-third of all seagrasses have been lost.
Global climate is one of the major drivers causing the ocean to change more rapidly than at any other point in millions of years. The oceans store huge quantities of energy and heat, but as the climate responds to increasing carbon emissions, the exchange intensifies. This may result in extreme weather events, changing ocean currents, rising sea temperatures, and increasing acidity levels—all of which aggravate the negative impacts of overfishing and other major threats such as habitat degradation and pollution.
Finding solutions for saving oceansThough the challenge seems immense, it’s possible for governments, businesses, communities and consumers to secure a living ocean. To reverse the downward trend we need to preserve the oceans natural capital; produce better; consume more wisely; and ensure sustainable financing and governance.
Our ocean needs a strong global climate deal and work is already underway as President Obama and leaders of the Arctic nations recently pledged to work together to boost strong action on climate change. But more needs to be done to prioritize ocean and coastal habitat health.
Speak up for oceans! Together we can make a difference by halting the depletion of the ocean and restoring damaged ecosystems for species and people.

An Uncertain Future for Our Living Blue Planet | Stories | WWF

This is from yesterday's Independent:

Habitat, overfishing and sea temperatures have all played a part

Populations of marine wildlife have plummeted by a half on average over the past 40 years with some species suffering far greater declines as a result of habitat loss, overfishing, rising sea temperatures and worsening ocean acidity, a major report has found.
The scale of the crisis facing the animals and plants of the sea is documented in detail by the study which claims that marine species around the world, including some that are critical to human food security, are in potentially catastrophic decline.
Unprecedented pressures on the global ocean ecosystem from several directions are combining to create a perfect storm of difficulties for virtually everything that lives in the sea, says the WWF’s Living Blue Planet report.

Coral reefs are at serious risk of further decline (WWF)Some marine habitats such as mangroves and seagrasses, on which many other species depend, have seen significant declines, while whole populations of commercially valuable fish, such as mackerel and tuna, have plummeted by as much as three quarters since the 1970s, the report found.
Many coral reefs, often described as the tropical rainforests of the oceans because of their rich diversity of life, could be threatened with extinction by mid-Century if ocean acidity continues to worsen as a result of rising levels of CO2 in the atmosphere – which causes a corresponding rise in carbonic acid in the sea.
“As well as being a source of extraordinary natural beauty and wonder, healthy seas are the bedrock of a functioning global economy,” said Louise Heaps, chief advisor on marine policy at WWF-UK, who helped to compile the report.
“By over-exploiting fisheries, degrading coastal habitats and not addressing global warming, we are sowing the seeds of ecological economic catastrophe,” Dr Heaps said.
The report, based on a review of the published scientific literature as well as the Living Planet Index, a database maintained by the Zoological Society of London, is one of the most detailed surveys of marine wildlife ever undertaken.

Nearly 20 per cent of total mangrove area has been lost between 1980 and 2005 (WWF)It investigated a wide range of wildlife, from fish, marine turtles and sea cucumbers – a worm-like animal with leathery skin – to sea plants such as mangroves and sea grasses. The report found that seagrass coverage has declined by about 30 per cent over the past century while the total area covered by mangroves has dropped by 20 per cent between 1980 and 2005, primarily as a result of shrimp farming and other forms of aquaculture.
“In the space of a single generation, human activity has severely damaged the ocean by catching fish faster than they can reproduce while also destroying their nurseries. Profound changes a needed to ensure abundant ocean life for future generations,” said Marco Lambertini, director general of WWF International.
Some of the most dramatic declines have been in species fished for commercial gain. For instance, some 58 populations of 17 species belonging to the Scrombidae family – mackerels, tunas and sardines – have fallen by 74 per cent between 1970 and 2010, with no signs of recovery, the report says.

Critically endangered species
1 of 10
Next
“We are in a race to catch fish that could end with people starved of a vital food source and an essential economic engine. Overfishing, destruction of marine habitats and climate change have dire consequences for the entire human population, with the poorest communities that rely on the sea getting hit fastest and hardest,” Mr Lambertini said.
“The collapse of ocean ecosystems could trigger serious economic decline and undermine our fight to eradicate poverty and malnutrition,” he said.
Professor Ken Norris, director of science at the ZL, said: “These devastating figures reveal how quickly human beings are changing the wildlife in our oceans and are a stark warning of the problems we might face as a result.”

Seagrasses: Vast underwater “meadows” that catch mineral-rich sediments and stabilise the seabed. Coverage has declined by 30 per cent over the past century.
Mangroves: Known to exist in 123 countries, with almost half the coverage in just five nations. Nearly 20 per cent of total mangrove area has been lost between 1980 and 2005, mainly due to human encroachment.
Coral reefs: Some of the most biologically rich and productive habitats on earth. A quarter of all marine species live in or near coral reefs yet three quarters of them are currently threatened and many could be lost this century is ocean acidity continues to worsen.
Deep-sea habitats: Little is known about the deeper parts of the ocean, but the decline in the number of fish caught in these inaccessible locations over the past 40 years suggests they are also being affected by global changes to the sea.

Costing the Earth
Listen in pop-out player
Britain still owns islands large and small across the globe, from Pitcairn to South Georgia and Bermuda to Ascension. Could we use the waters around these territories to protect vast swathes of the oceans from overfishing and development? Tom Heap meets the islanders and the conservationists eager to see if Britain really can lead the way.
He takes to the water to see how Gibraltar is using its spawning grounds to restore the health of the Mediterranean and finds out what the enormous new no-fishing zone around Pitcairn could mean for the Pacific.