There are more and more innovative bottom-up projects happening:
Futures Forum: Food waste and food banks: new initiatives >>> >>> >>> "This crisis has forced us to end the 'each man for himself' mentality, to look at what we can do together to get ourselves out of this mess."

This is from the Guardian's Sustainable Business series: 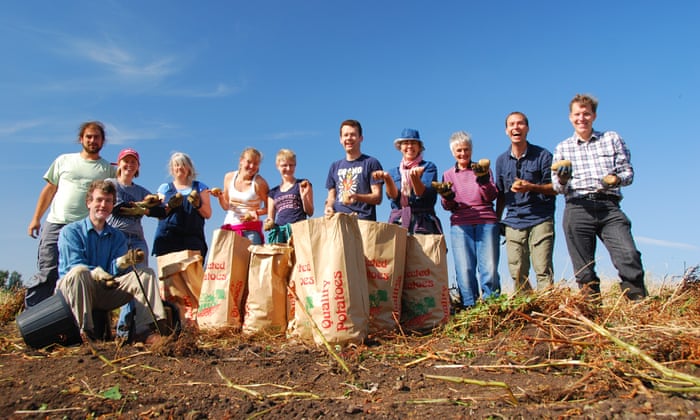 7
Save for later
A new economy is coming into play. No longer wielded as a weapon to legitimise austerity, this is an economy where the community and the environment, not the corporate shareholder, benefits.

Free Money Day: what happens when you give money to strangers?

Donnie Maclurcan
Read more
Beneath its ruthless, business-as-usual veneer, Britain hosts a colourful array of grassroots enterprises. Some of these are sparked into action by artists or dynamic working groups, many are crowdfunded, and all of them foster more friendly relations between people.
In the Food Assembly model, for example, where customers order from local producers online, a farmer typically gets an 80% return on their produce as opposed to 7% from national supermarkets. The weekly face-to-face exchanges when customers go to collect their produce are a far cry from the supermarket experience.
A wave of initiatives are emerging to support these grassroots enterprises. Now in its fourth year, the Local Entrepreneur Forum in Totnes, Devon, invites local people to pitch their business ideas to a “community of dragons”. Eighteen small businesses have taken off as a result, including green burials, energy monitor manufacture and the oat-growing project, Grown in Totnes. Support from the forum is offered in the form of microloans, advice, storage space and hugs at the end of the day.
Forum coordinator Jay Tompt explains why these networking events work: “For a new economy you have to create conditions for new economic actors and relationships to take hold and thrive. You can’t expect the same old business leaders and those who hold the same reins of power to do this. You have to enable a new kind of entrepreneurial culture and redefine what it means to be an investor.”

These businesses are owned and supported by the community in which they are situated. Examples range from a cinema in Bristol to urban orchards in Dundee to a national network of CSA (community supported agriculture) farms and vegetable box schemes. Hundreds of community energy projects, from solar-panelled tower blocks and energy gardens in London to a pioneer tidal scheme in the Shetlands, put renewable power into local hands. Even local newspapers, such as the Bristol Cable or Scotland’s online Common Space, are now owned by their readership.

Community supported businesses use a cooperative model, where workers and members own and run the enterprise, such as the popular Handmade Bakery in Slaithwaite, west Yorkshire, and the Boundary brewery in Belfast. Manchester Veg People is a co-op of organic growers who grow and harvest to order for 40 buyers, including restaurants and the University of Manchester.
The Handmade Bakery ‏@handmadebakery  Sep 16
Great looking basket of pastries just setting off to Huddersfield train station. 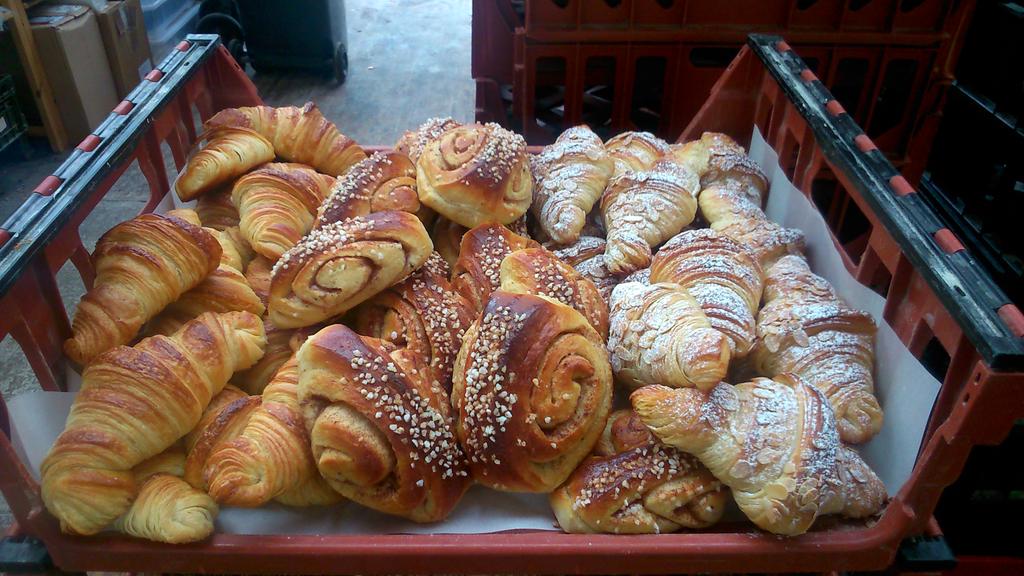 Many of these businesses also function as social hubs. Loaf in Birmingham runs a cookery school that teaches people how to make bread, alongside foraging and earth oven building. The Project Cafe in Glasgow hosts political discussions, a poetry bookshop and live music events. The Moss Cider Project in Manchester brings local communities together to collect apples to make local cider.

The sharing economy enables produce, items and services to be given or exchanged. Events such as potato days, seed swaps and give-and-take days are now held across the UK. Maker spaces allow people to share equipment, knowledge and skills. The Walter’s Tools library in Cumbria loans out a heritage collection of billhooks and scythes; modern share shops have shelves of useful stuff you only need occasionally, as do your neighbours. As the Library of Thingsin West Norwood points out, an electric drill is used on average only 13 minutes in its lifetime.
Repair cafes invite amateur and professional repairers to teach people how to restore broken or damaged things. The Restart Project in London hosts parties that help people fix broken electronic goods from toasters to iPads.

One of the clearest demonstrations of a more resilient democratic monetary system is a local currency that is endorsed by local traders and, in the case of the Bristol pound, can be used on buses or to pay council tax. Several exist in Britain, including the newly launched Exeter pound. Schemes such as local time banks and online platform Echo trade skills and resources rather than money.
These alternative currencies are closely aligned to the sharing economy. As writer John Thackara points out in his new book, How to Thrive in the Next Economy, the sharing economy is based on social reciprocity and networks, and does not need to “grow at all costs” in the same way as an economy dependent on abundant cheap energy.

5. Making use of waste

A growing awareness of the wasteful nature of the industrial food system has led to a string of innovative recycling enterprises, from transforming waste wood into fuel to using coffee grounds to grow oyster mushrooms. It has also inspired pay-as-you-feel cafes that turn out-of-date produce from local shops into economic and delicious meals. Examples of these include Transition Cafe in Fishguard and the Real Junk Food cafes in Leeds, Manchester and Brighton.