The gig economy is 'exciting' and has 'huge potential'... or maybe not...

There may well be great opportunities on offer from the 'gig economy':
Futures Forum: Uber and local government collaborating to give elderly rural residents a ride

The Work and Pensions Secretary finds it all very 'exciting':

Jobs of the future may not have stable hours, holiday pay, sick pay, or pensions, the Work and Pensions Secretary has said.
Damian Green described the trend in employment practices towards the so-called “gig economy” as “exciting” and said the changes had “huge potential”.
The Cabinet minister’s endorsement of the approach comes a month after an employment tribunal found that drivers for the Uber car service should in fact get the minimum wage and paid holiday. The tribunal dismissed the taxi company’s claim that its drivers were in fact self–employed and not entitled to these rights. 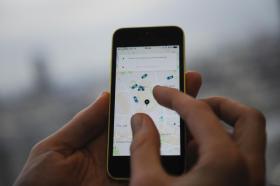 Mr Green said in a speech at the Reform think-tank on Wednesday morning: “Just a few years ago the idea of a proper job meant a job that brings in a fixed monthly salary, with fixed hours, paid holidays, sick pay, a pension scheme and other contractual benefits.
“But the gig economy has changed all that. We’ve seen the rise of the everyday entrepreneur. People now own their time and control who receives their services and when.
“They can pick and mix their employers, their hours, their offices, their holiday patterns. This is one of the most significant developments in the labour market. The potential is huge and the change is exciting.”
He said the Government had launched the Taylor Review into employment practices to make sure that “employment rights keep up with employment practices”.
He also used the speech to argue that the private sector and voluntary sector should be more involved in the provision of welfare services. 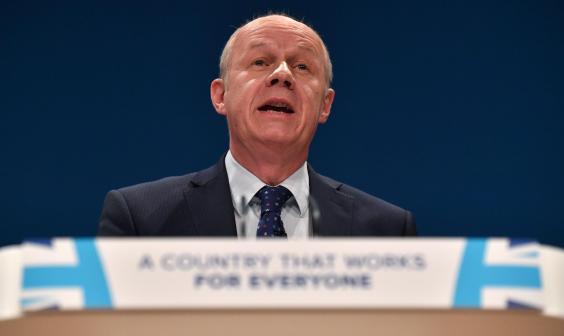 Damian Green at the Conservative party conference in Birmingham (Getty)
“The Government is a necessary, but not sufficient provider of welfare,” he said.
The minister made a small concession to critics of the Government’s benefit sanctions system, announcing that he would extend hardship payments available to sanctioned people to a wider group.

The “gig economy” is the idea that technological change will make stable jobs less prevalent and that more people will instead work a number of casual “gigs” as a self-employed person.
A significant growth in the numbers of people self-employed in recent years has however been accompanied by falling incomes for self-employed people.
Labour has called for the judgment that Uber drivers are in fact employees to be enshrined in law so that other workers with similar working arrangements cannot be denied paid holidays or the minimum wage. Uber is appealing the judgment.

Jobs of the future may not have stable hours, holiday pay, sick pay, or pensions, DWP secretary says | The Independent
.
.
.
Posted by Jeremy Woodward at 15:14