There is a huge amount of lobbying going on over the future of farming:
Farm leaders set out position to Lords on Brexit - Farmers Weekly
Why it’s time to start some beef over post-Brexit farming - New Statesman 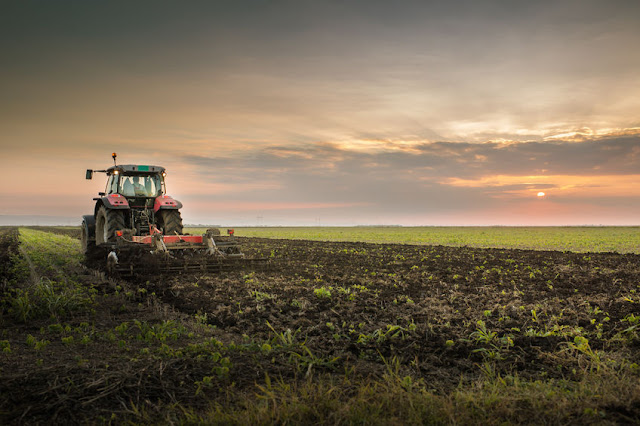 Subsidies for farming, which are currently set by the EU’s Common Agricultural Policy (CAP), should focus on the role of farming in unlocking growth in rural areas, a major new report says.
Think-tank IPPR North has looked at the implications of Brexit and leaving the CAP on farmers and the wider rural economy. The report says agricultural policy plays a key supporting role in the wider local economy: although farming represents less than 1% of the economy, 70% of land is agricultural and rules on agriculture have a wider economic impact. For instance, rules on land management can make the difference between businesses being flooded or not. Likewise, agriculture is key to the UK’s thriving food manufacturing sector, which stands to benefit post-Brexit due to the more competitive pound boosting exports.
But the report suggests that too often rules and funding for agriculture fail to properly link it with local economies. Rural economies vary greatly – from seaside towns dependent on tourism, through to farming villages - that a more devolved approach is best, the report finds.
Rural devolution deals
IPPR North recommends these powers ‘leapfrog’ from the EU to devolved areas, with new rural devolution deals which would link national agricultural policy to local economic issues – such as communities, flooding and local labour markets in particular, especially as the EU seasonal workers policy looks to come to an end. Such 'rural devo deals' would refocus farming rules where they are most needed.
To boost the economy, the report recommends the priority for limited subsidies should be focused on meeting the UK’s domestic food needs in a sustainable way; key environmental protection on issues like flood management and boosting food exports, following an audit of likely demand for British produce post-Brexit.
'No single rural economy'
Anna Round, senior research fellow at IPPR North, said there is 'no single' rural economy. She said: “The economy in rural areas is by its nature hugely diverse and covers much more than the “tractor and tourism” stereotype but also hotspots of high-tech businesses such as advanced manufacturing, agri-tech and digital innovation.
“This means a devolved, targeted approach is needed to really get the rural economy firing on all cylinders post-Brexit. At a national level, we have a once-in-a-generation opportunity to get a farming policy that really works for the UK. mThis will mean we must be as strategic as possible in how every penny is spent, prioritising environmental protections to prevent flooding, linking agriculture to scientific innovation, and boosting food production for both the UK and for exporting.”

With the full report here:
Forgotten opportunities: The dynamic role of the rural economy in post-Brexit Britain | IPPR

Tailoring agri-environment schemes to fit regional requirements and the needs of endangered species like turtledoves and skylarks will be key, and so will funding in a post-EU subsidy world 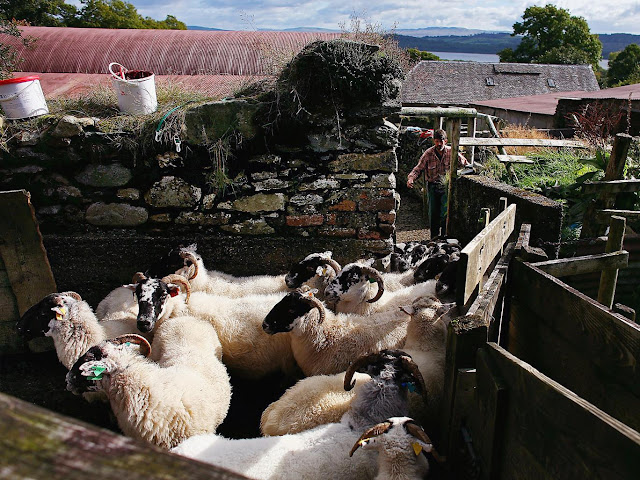 Last week, the government said it would release its long awaited 25 year plan for the environment, with a 25 year plan for farming to follow soon after. Then it changed its mind. This abrupt about turn shows the challenge of protecting the environment while protecting the economy in the turmoil of Brexit and Trump where the only thing we know is, we don’t know much at all.

Rumours suggest the plan will be out this week. But, while we’re waiting, it might be useful to debunk some myths around the UK’s ‘urban’ and ‘natural’ landscapes.

Some people think more efficient agriculture will require less land in future, freeing up space for nature. Higher farming yields could cut the amount of land needed – but unless that land is dedicated to restoring natural ecosystems, there will be no benefit to wildlife.

In fact, the intensive farming needed to lift yields will result in wildlife declines on top of the massive reductions we are already seeing, which have been clearly linked to agriculture. To protect the UK’s habitats and animals, agri-environment schemes on farms need to be kept and remodelled post-Brexit. Tailoring them to fit regional requirements and the needs of endangered species like turtledoves and skylarks will be key, and so will funding in a post-EU subsidy world.

Urban wildlife is in trouble too. Hedgehog populations are plummeting. House sparrow numbers are down massively, and are now locally extinct in many areas. Even blackbirds, a classic example of a successful urban colonist, are declining in large urban areas like London. Many species can’t survive in towns and cities, yet urban development continues to be proposed on key wildlife sites and those of special scientific interest, like Lodge Hill in Kent.

There are some who say we can make up for damaging the natural world by offsetting it against environmental protection elsewhere. This only works if there is no net loss of biodiversity. At the moment, proposed offset areas in the UK are nowhere near big enough, and making up for losses with conservation outside the UK would somewhat defeat the government’s aim of improving the UK environment for the next generation.

For offsetting – which remains hugely controversial – to work, we need a strong system to prevent double counting and short termism. This will stop a single conservation project being used to offset several developments, and make sure new schemes really are in addition to conservation that would have happened anyway.

The government has its work cut out with its 25 year plans for the nature and farming. Without schemes that really do protect the environment and the money to back them, it will struggle to make changes which benefit people and the planet. In today’s uncertain world, 25 years of clarity would be a welcome thing.

The plan must be underpinned by law – this will be critical to make sure the government can be held to account in court. This will also help prevent a watering down of environmental laws post-Brexit. We’re working to make sure that the plan is ambitious and forward-looking.

UK nature has some strong laws on its side, but the government must do its job too. Those laws must translate to action to protect birds, animals, land and sea. If government doesn’t do this, it can and must be challenged. ClientEarth took the government to court for breaking air pollution laws, and won.  Now, the government is coming up with a plan to clean up our air. Our nature deserves the same commitment, now and in the future.

Next month, there will be a conference on these issues in the West Country:
Environment_Conference_Draft_Agenda.doc_003_.01.pdf