The Neighbourhood Plan steering group has been asked to give its response - and the Herald reports: 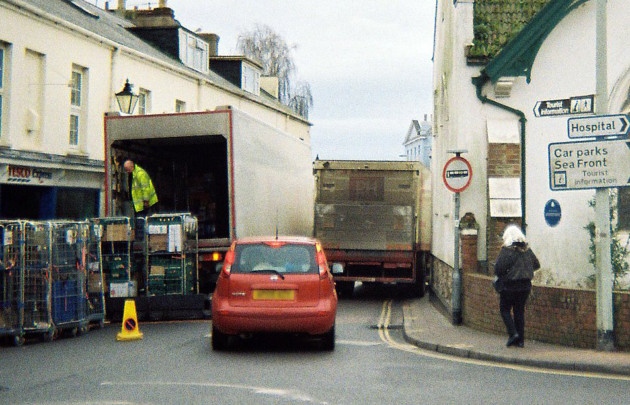 A project focussing on the better use of road space should be a top priority in an infrastructure plan for Sidmouth, according to an organisation courting the views of residents.
The Neighbourhood Plan steering group has called for clarity on where developments such as an £8million ‘extra care’ scheme would be created, how various figures have been reached and how different projects have been prioritised.
It was responding to East Devon District Council’s (EDDC) infrastructure development plan (IDP), a ‘wish list’ first published in 2015 that feeds into its Local Plan and needs regular updates.
The items included were given three different levels of priority based on their importance to delivering the aims set out in the Local Plan.
Steering group chairman Deirdre Hounsom said it would welcome a ‘project associated with the better management of road space’, and argued it should be ‘priority one’.
It would also support the mixed-use redevelopment of eastern town, and this too should be a top priority, she said.
Mrs Hounsom argued a £1million new access to the Alexandria Industrial Estate should be given a higher priority in the IDP – as evidence from Neighbourhood Plan questionnaires shows the availability of commercial space is a concern for businesses.
She said knowing where a park and change facility and the 50 ‘extra care’ beds would be located would be useful in drafting the Neighbourhood Plan, but argued the £8million cost of the latter was ‘not warranted’ compared the town’s other projects.
IDP schemes across Sidmouth are valued at £12million, but only £11.5million had been accounted for when the IDP was published in 2015.
Mrs Hounsom said the steering group backs the addition of a long-awaited cycle route from Sidmouth to Sidbury as a ‘priority two’ project in the IDP, and it welcomes the inclusion of a cycle path to Feniton.
She added that it was unclear how different projects had been costed or prioritised – especially across different communities – and has offered to meet EDDC officers to discuss this.
Sidmouth Town Council, which commissioned the Neighbourhood Plan, has submitted a separate response to the IDP.